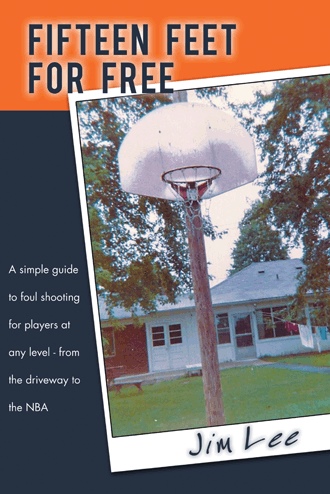 Whether you are a coach or a player, in grade school or college, Fifteen Feet For Free is the book for you. The fundamental instruction in this book can easily improve a player's free throw percentage. It includes tips from some of the best free throw shooters ever - and is simplistic and easy to understand.

Fifteen Feet For Free is a great read for anyone who wants to improve their "game" off the court as well as on the court. The inspirational story of Jim's dad is worth the price of admission before you ever read a word about the foul shot. Jim's views on the importance of setting goals, working hard, maintaining focus, paying attention to detail and having a positive attitude can help anyone at any age. Jim has committed to leverage the proceeds from the sales of this book to improve the lives of this generation of veterans with disabilities.

The best free throw shooters in the game have a routine. If you want to be one of the best, the place to start is the beginning - develop a routine or a process.

For more information on the Harold Lee Fund or the EBV program, go to the Fifteen Feet For Free website, http://fifteenfeetforfree.com/. 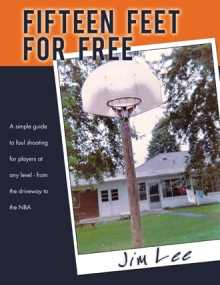 “Jimmy Lee was the best shooter from 15-feet I have ever seen. If he got his shot, he made it. Early, middle, or late in games – it did not matter when. Jimmy had great fundamentals, he worked hard and he shot the ball with great confidence. He was so consistent; if he missed a shot you thought it was an accident. His thoughts and techniques can help anyone improve their free throw shooting” Jim Boeheim – Head Coach at Syracuse University, Naismith Basketball Hall of Fame, Class of 2005; 2008 Olympic Gold Medal, Team USA, 2010 World Championship Gold Medal, Team USA; 2010 Division I Coach of the Year

“Jim Lee and I were contemporaries at Syracuse. He played in the games – I talked about them. I remember him as a clutch shooter (in the 1975 NCAA Tournament, his 18-footer with 3 seconds left upset North Carolina, and paved the way for Syracuse’s first trip to the Final Four). Since Jimmy was pretty close to automatic from the foul line, just about every player, at every level, can benefit from his advice and proven approach.” Bob Costas – NBC Sports

“This is a rare book, because Jim is able to weave together invaluable skills instruction with a very personal and informative story about his relationships with teammates, coaches, and most importantly his family. Jim’s father, as both a veteran and a person with disabilities, clearly served as an exemplar for Jim with regard to how he approached basketball – and how he approached life. This is clearly illustrated by the fact that Jim has committed to leverage the proceeds from sales of this book to improve the lives of this generation of veterans with disabilities. On so many levels, Jim’s book is powerfully positioned to impart lessons about basketball and life that are meaningful and timeless.” Mike Haynie, PhD – Executive Director, Institute for Veterans and Military Families, Syracuse University; Barnes Professor of Entrepreneurship, Whitman School of Management, Syracuse University

“Fifteen Feet For Free is an easy read for all ages. It can be very helpful for kids just beginning their basketball days, and I can see a great benefit for more experienced players. The fundamental instructions in this book can easily improve a player’s free throw percentage.” Morgan Wootten – 1,274 wins as Head Basketball Coach at DeMatha HS; Naismith Basketball Hall of Fame, Class of 2000; National Coach of the 20th Century; Four-time recipient of National Coach of the Year; 10-time recipient of Coach of the Year in the Washington D.C. Area

“The fundamentals of great free throw shooting are in complete alignment with the values of practice, repetition, goal sitting, and mental calm that successful business people employ. Jim gets this and writes about it in an amazingly real and compelling way.” Mike Perlis – President and CEO, Forbes Media

While at Syracuse University, Jim Lee was one of the best foul shooters in the country. Since graduating in 1975, he has been helping people of all ages with their foul shooting. His thoughts, techniques and fundamental instruction should make foul shooting simple and easy to understand for just about every player, at every level.

Jim has been in the Petroleum and Energy Industry for over 20 years and is currently the Eastern New York Market Manager with Noco Energy Corp, out of Buffalo, New York.

Jim lives in Syracuse, New York with his wife, Lou Ann; they have three children, Amanda, Jay and Suzanne. He enjoys being with his family, golfing, reading and swimming.