A Kitty in a Basket 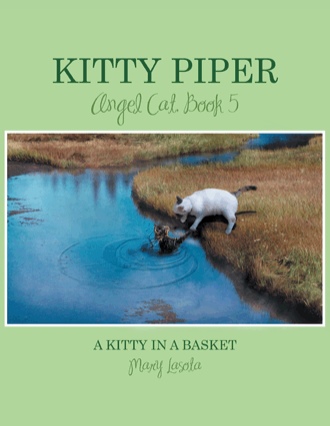 Let's go to the living room! The kitty is in the basket. " Angela looked at both of us. I told Mrs. Brown that Audrey said the basket is a sacred piece. She was brought home in that basket after she was so sick. Tears formed in Mrs. Brown's eyes as well as in Audrey's. They recalled the incident vividly as Audrey nearly died. I told Audrey what Mrs. Brown said. "I know, my little darling, Audrey!" Mrs. Brown emoted, "but that's all behind us now. We got through it and you're well. You're my little kitty. I love you, you know that, Audrey." She waited for Audrey to say something. Show us the cat!" was all audrey would say. Mrs. Brown thought Audrey was excited about seeing the cat and replied, "Okay!" We followed her into the living room. The basket was on the table. she lifted Audrey and me up so we could see the kitty. It was a beautifull kitty, light orange, with a few white markings. "What a beautiful kitty!" I told Mrs. Brown. Audrey didn't say a word. she only stared at the cat. Mrs. Brown told us her name was Steffie. 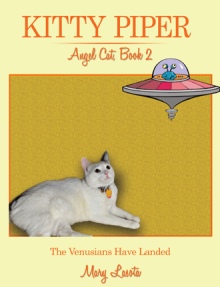 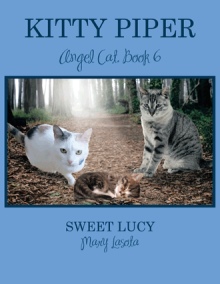 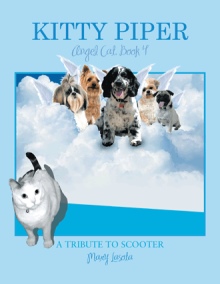 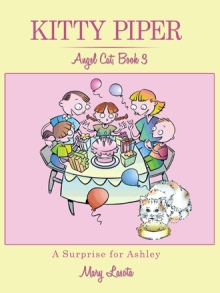 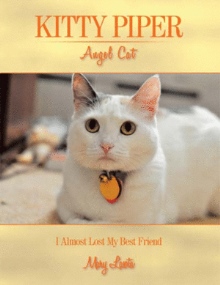 Kitty Piper, Angel Cat, Book 5, A Kitty in a Basket is a lovely book showing that being upset with someone leads to nothing. Audrey, a feline is Kitty Piper's closest friend. A day comes when Audrey thinks Kitty Piper lied to her. Audrey believes her Mom, Angela Brown, is bringing another kitty into their house. This is the last thing Audrey wants. Audrey believes that Kitty Piper knew about it but didn't tell her. Audrey becomes very angry at Kitty Piper especially after Angela Brown does bring a kitty to their house. There is much misunderstanding but in the end what matters is love and friendship. It takes a big happening for Audrey to realize this and she tells Kitty Piper how sorry she is and how much she loves her.

Mary Lasota worked as a Business Manager at the University of Massachusetts. She left her job to become more involved in writing children's books, inspirational boos, and spiritual work. This is the 5th book in the Kitty Piper. Angel Cat, series. It is a lovely series that both children and adults will enjoy. Mary has a Bachelor's in Psychology and Master's in Counseling. She has written the beautiful inspirational book, YOU ARE LOVE. Also, co-authored two Angel books. She is a Reiki Master and Spiritual Activist. She resides in MA. http://marylasota.com