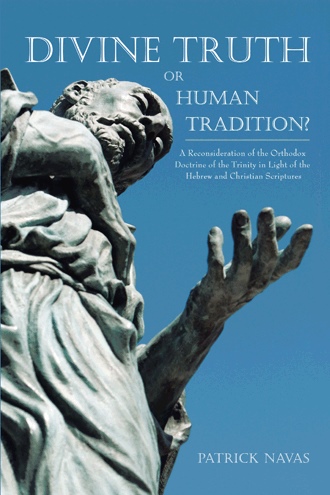 My first true introduction to the Christian faith came at a relatively young age by way of a personal encounter with the holy Scriptures. I still remember, vividly, the experience of being powerfully convinced in mind and profoundly touched at heart by the notion that God, the Creator, was not only true and living, but that he had such an abounding love for the world he created—although it had estranged itself from him through sin, bringing about the condemnation of death—he was willing to give up his very own Son in a spirit of true sacrifice so that men and women could attain abiding peace with God through their faith in him. In a moment, even after such a brief exposure to such a promise (John 3:16), that of a God who loved the world, a God who had a Son whom he gave, and the prospect of everlasting life,[1] my personal faith was kindled, my heart rejoiced, and the desire to learn more about this message grew strong.

It was not long after this discovery that I began to search and study the Scriptures with great interest. Yet soon after “stumbling” upon this good news about God’s loving-kindness and mercy expressed in the gift of his dear Son, I came to terms with what I eventually came to view as the tragic (although not necessarily unexpected) reality of such a tremendous amount of diversified and separated religious groups that professed faith in Christ and in the Bible, yet whose members were in serious opposition to one another over matters concerning doctrine.

Of course I became aware that the Scriptures wisely instructed believers to assemble together in order to encourage one another as we “see the day drawing near.”[2] But naturally—having no prior spiritual instruction or formal religious affiliation—I became intensely concerned about which group of people were truly following Christ so that I too could associate with them in order to benefit from their spiritual fellowship and to share in the communal experience of worshipping the living God through Jesus Christ, in accordance with the Bible’s principles. Although the matter of regular participation in a fellowship of Christian communit

In Divine Truth or Human Tradition? the author critically examines the viewpoints and Scripture expositions of prominent evangelical scholars and apologists—including Dr. James R. White (author of The Forgotten Trinity), Dr. John MacArthur (President of The Master‟s Seminary), Wayne Grudem (author of the widely-read Systematic Theology), Robert Morey (author of The Trinity, Evidence and Issues), Robert L. Reymond (author of A New Systematic Theology of the Christian Faith), and others… According to what has long been considered mainstream Christian “orthodoxy,” the doctrine of the Trinity (the idea that the one God of the Bible is a singular being made up of three coequal and coeternal „persons‟) is not only central to the Christian faith, but even necessary for one to accept in order to be counted as a true Christian and be saved. Such a demand on a Christian‟s faith has come across as strange and perplexing to many, especially so in light of the fact pointed out by one respected Trinitarian: “[The Trinity] is not clearly or explicitly taught anywhere in Scripture, yet it is widely regarded as a central doctrine, indispensable to the Christian faith. In this regard, it goes contrary to what is virtually an axiom [that is, a given, a self-evident truth] of biblical doctrine, namely, that there is a direct correlation between the scriptural clarity of a doctrine and its cruciality to the faith and life of the church.” (Millard J. Erickson, God in Three Persons, p. 11. Emphasis added) Understandably, this fact has raised questions in the minds of Christians and truth-seekers alike ever since the doctrine was first articulated in the late 4th century. Many Christians have wondered: How can a doctrine that is not clearly or explicitly taught in the Bible be necessary to accept in order to be a true practitioner of the Christian faith?

The author, Patrick Navas, is a Christian and Bible student from Los Angeles, California. He earned a Bachelor‘s degree in History in 2005 and a Master‘s degree in Education through the University of La Verne in 2010. Currently he teaches American History at the middle school level for the Los Angeles Unified School District, but would eventually like to teach comparative religious studies at the college level.