by Lyman A. Montgomery, III 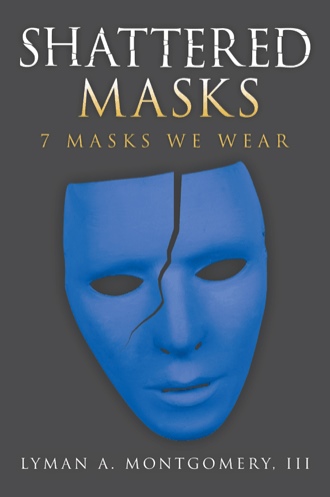 Introduction to the Mask Maker

Liam Holler (not his real name) was a short obese man that lived in a brick mansion a block from my home. He drove a large white Lincoln Continental and often invited neighborhood kids over for cookouts and sleepovers. I was introduced to Liam in 1976 by some local kids my age. The first time I went to his house was for a Boys Scout meeting. Liam had taken over the troop after the old leader received a job promotion and could no longer fulfill his obligations to the scouts.

Eager to join the troop I begged my mom to allow me to attend a meeting with some of my friends. A skeptical parent, my mom would not allow me to attend a scout event at his home until she and some of the other neighborhood parents gave him their seal of approval. Everyone agreed that Mr. Holler was a nice guy.

At the meeting, we enjoyed a variety of food and had an opportunity to play the latest Atari video games. No limits existed at Liam's house. He allowed us to indulge in as much food, snacks, and candy as we could consume. Liam's house became the after-school hangout for homework and school projects. Mr. Holler’s educational awards solidified his place in the community as parents allowed their children to take advantage of the free tutoring he offered.

For the next six or seven months, I spent at least two days a week at Liam’s house. As my grades and confidence increased, Liam began talking to parents about Carlson Foreign Language Magnet School. Liam being of German ancestry felt strong that kids needed to be bilingual in the future. Carlson offered Spanish, French, and German. How could anyone pass up this opportunity?

When our parents were convinced changing schools would benefit Robert and me, we were enrolled into the magnet school. I studied Spanish and Robert studied German. This was a time of great anticipation.

“You will never make it because you can barely speak English,” my fifth grade teacher informed me, demolishing my excitement about the Spanish program. Those words cut like a knife. I couldn't believe a teacher responsible for my education would destroy my confidence with such remarks. It crushed me. After I told my stepfather, he encouraged me to prove that teacher wrong.

Over the years, Liam Holler became close to our family and was like a surrogate father to me. At the time, I did not appreciate my stepfather. I thought he was rude, insensitive, and downright mean. He was a taskmaster. I really wanted a relationship with my biological father but he had been absent since I was born. I didn’t understand the lessons my stepfather Johnny was trying to instill in the four of us. I thank God for his guidance and relentless dedication to raising my brothers, sister, and me. He provided us with a lifestyle of comfort, tampered with strict discipline.

When school started at Carlson, I was surprised to discover that Liam was my homeroom teacher. For the first time, I made honor roll three quarters in a row and became popular by winning two speech contests. Helen Keller Rice's poem, "What is a Mother?" and James Weldon Johnson's poem, “The Creation," sparked the success in my ability to speak publically. These speeches defined my sixth grade year. The first, gave hope to what I wanted my relationship with my mother to be, whereas the second speech spoke to my new self-image and confidence.

To prepare for the competitions, I called my old friend Lance who had won numerous speech contests and was an honor student. I asked him how to overcome my speech problems and speak clearly.

He told me to stand in front of a mirror and mentally create a character in my mind. Taking his advice, I put on a suit, stood in front of our wall mirror and started rehearsing my speech. At first, there was no noticeable change, then after about an hour of repeating my lines, I began to see myself transforming into someone else.

At some point during the rehearsal, I felt a warm breeze come over my body and suddenly my tone and enunciation echoed that of an older person with years of wisdom and insight. In my mind, I was no longer a pathetic, crippled, tender heart; I had become the embodiment of James Weldon Johnson. The day of the competition, I shocked everyone and won first place. I enjoyed the feeling of winning. I believed I could do anything on my journey to power and success.

I stopped using slang, which helped writing skills and me to perfect my speaking. I even changed my school wardrobe from blue jeans to shirts and ties. This alienated my black friends so I started hanging out with Billy and Matt (not their real names). Billy had grown up with an African-American stepfather. He enjoyed basketball, football, and wrestling. The jock of our triad, Billy was funny, smart, and loved to fight.

On the other hand, Matt was quiet, suffered from food allergies, and seemed out of place everywhere he went. Yet, he was good at storytelling and historical facts. Matt's parents allowed him to express himself openly without reprimand. This was new to me. He ate and drank whatever he wanted. The idea of refusing to eat at my house was a cardinal sin. Matt also introduced me to sail boating. One of my funniest memories happened while sailing on Matt’s shellfish boat with Doug. Doug, who was a husky kid, accidentally capsized Matt's boat by leaning over the edge too far, tipping us into the lake.

Horror covered Matt's parents’ faces as they waited for us to emerge from under the boat. In the process of the flip, Doug came out of his life jacket but held onto it to stay afloat. Matt’s father pulled Doug onto their boat and we spent the next week laughing about our experience on the lake.

The laughter I enjoyed with my friends soon turned to sorrow with the death of my identity.

In today’s world, image is everything! Imagine navigating through childhood and your adult life carrying the baggage of being bullied or called a sissy because you were unable to stand up for yourself. Lyman Montgomery lived that life and suffered great and consistent losses. Before age of 14, he was sexually abused by a trusted teacher and experienced the death of two of his grandparents-one of which took her own life.

Lyman kept silent about his abuse, avoided dealing with the grief of his father’s death by never mentioning him, associated with people who were better off financially, developed unhealthy relationships with women, performed as others expected, used accomplishments to feel better about himself and projected a religious lifestyle that was not rooted in righteousness.

Shattered Masks: 7 Masks We Wear is an autobiographical account of how masks are made in a young person's life. It is also a self-study to help you identify the mask makers in your life and to shatter the masks you’ve grown accustomed to wearing.

As a child, Lyman A. Montgomery had a number of physical and emotional issues to deal with: atria ventricular arrhythmia, corrective shoes, severe speech impediment; sexual abuse by his teacher for three years, and the suicide and murder of his grandparents; all this happened before the age of fourteen. As a student, he was bullied and beaten daily during recess and or after school. Despite his personal setbacks and adversities, he applied some specific techniques to his life and saw a dramatic change. Today, he is a well sought-after conference speaker, workshop facilitator and leadership success coach to individuals around the country struggling with the transitions of life and work. Lyman A. Montgomery serves as the Director of Human Resources and Organizational Development at Wilberforce University. He holds a MBA from American Intercontinental University and BS degree from Ohio University as well as post-graduate training at Harvard University from the W.E.B. Institute for Afro-American Research in Civic Engagement. He is an ordained minister and President of Lyman Montgomery Success Network, a leadership coaching company. Lyman A. Montgomery's motto is “Change Takes Courage.”