An Introduction to Form and Feathering of the Domestic Fowl 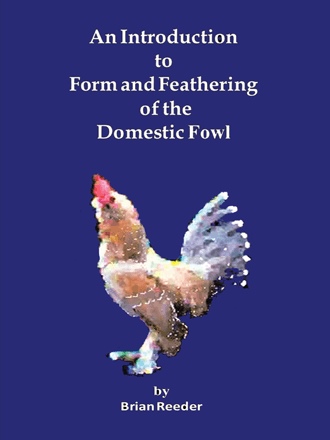 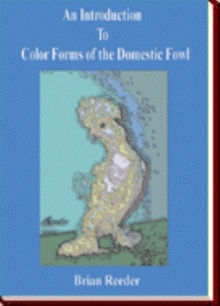 An Introduction to Color Forms of the Domestic Fowl
Brian Reeder
$32.95 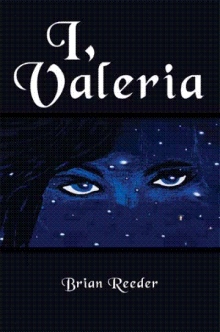 straightforward method that allows anyone, beginner or advanced hobbyist, to understand how

of each breed. Beginning with a discussion of the skeleton genes, then moving to muscling

nally to comb genes, an understanding of the layers that make the

then understand what really makes one breed unique from another.

involved. This volume is a wonderful tool for learning the basis of how the breeds are made, how

their respective forms are derived from separate genes of form and feathering, and how those

genes all come together to make the one visual impression that we consider a breed. There is in

fact no one single gene which makes the form of any given breed. Many genes are required to

derive each type and the combination of those many genes creates the silhouette. As you will

see from the many silhouette illustrations in this book, once you know a breed, it is instantly

recognizable from its silhouette alone.

the genes described herein. This book presents a very clear system for learning about the genetics

Brian Reeder is the author of the acclaimed and best-selling book An Introduction to Color Forms of the Domestic Fowl. He is also a well known writer oft poultry genetics articles and has studied genetics throughout his life. Having worked with poultry from his youth, he began to research the genetics of the domestic fowl in his teens and proceeded to much more intensive test mating experiments through his twenties and thirties. His collected data now spans two decades. His time is now split between his farm (where he continues to study the genetics of domestic fowl, goldfish and guppies, and domestic plants including food plants and flowering plants such as daylily and peony) and the city (where he teaches yoga as therapeutic body care and maintenance). He says that his own practice of yoga has added years of health and well-being to his life and will allow him to do the physically demanding work that his many research projects demand, for many years to come. He looks forward to bringing more of his research to the public in the future.