Origin of the Arabic Numerals

A natural history of numbers 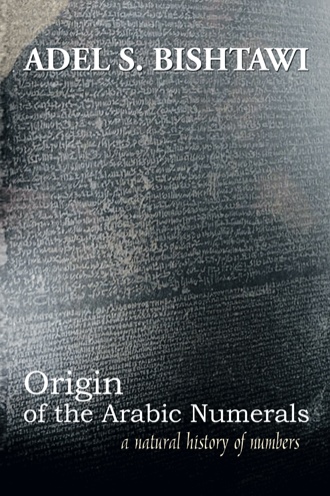 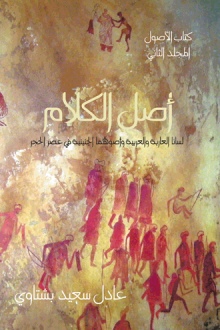 The wonder of the unique Arabic numerals is so blunted by common use we forget sometimes that their sudden disappearance might cause our civilisation to grind to a halt with catastrophic consequences. The invention of the system was as a great a revolution as the invention of writing, and to both the transition from barbarism to civilisation is attributed. Indeed, both may have a single source created in a time beyond the horizon of our remotest past. Contrary to what is generally believed, there lies the origin of the Arabic numerals - beyond the horizon of our remotest past. The history of our ancient numerals has been an intriguing mystery. For over two centuries historians of numbers have tried to trace the roots of the system. Hundreds of manuscripts have been analysed and then reanalysed, historical accounts studied, and book after book churned out but remarkably, solid leads to the origin of the numerals remained cold. Almost despairingly, Karl Menninger confessed that the “desire to hold in one's hand the key to a mystery which experts have sought for in vain remains alive in all periods of history”. In this thoroughly researched book, historian Adel S. Bishtawi believes the mystery has been unlocked, and in the process, much more was found than expected. If his conclusions are correct, our numerals, which are miniature drawings of the hand and fingers, may be 5000-7000 years old. Moreover, it is known that numerals were invented before the letters of alphabets. It is probable that some of these numerals were employed as letters in the universal alphabet used by most nations.

Adel S. Bishtawi Novelist and historian Adel Bishtawi was born in Nazareth, 1945. He read English Literature at Damascus University and attended a course in Linguistics at the Central London Polytechnic. A journalist by career, he was front page editor of Al Arab Newspaper (London), the first pan-Arab newspaper launched in Europe and co-founder of two of the most prestigious Arabic publications - Asharq Al Awsat (London) and Al-Hayat (London). For almost seven years, he was Central Managing Editor of the Emirates News Agency, Abu Dhabi (UAE). Bishtawi's early fiction works included several anthologies of short stories and a novella. The Andalusian Moriscoes: History of the Moriscoes after the fall of Granada was first published in Cairo in 1982. His first novel Traces of a Tattoo was published in 1998; his second ̶ Times of Death and Roses ̶ was published in 1999 and the third ̶ Gardens of Despair ̶ in 2000. Martyrdom of the Andalusian Nation (Part I) was released in 2001. History of Injustice in the Arab World was launched at the Sharjah World Book Fair in December 2005, and Manifest Destiny of Imperial Decline, came out in 2006. Almost obsessed by the origin of things universal, Bishtawi's occupation with the mysterious origin of the Arabic numerals led him to their accidental discovery. The story of his search was documented in the Origin of the Arabic Numerals - A natural history of numbers (AuthorHouse, 2011). This discovery, in turn, led him to the correct identification of the bi-consonantal original roots and the grammatical re-construction of ancient Arabian, believed to be the oldest language still in use today, fully or partially, by more than 1.5 billion people in the four continents. If we believe that etymology is history, as some appear to do, ancient Arabian holds the key to unlocking the secrets of the oldest human civilisation in existence. Some of these secrets were unveiled in Part I of the Book of Origins - Natural Foundations of Arab Civilisation, launched in London in November 2010. More will follow in the next three parts of the Book of Origins. The writer has published hundreds of articles and interviews in Arabic and English. He appears regularly on TV shows, and participates in conferences and seminars on history, literature, religion, economy and current affairs. The author is married with two sons: Sammy and Daniel. He has British and Maltese nationalities. Author's websites: http://www.bishtawi.com http://www.arabicnumerals.net http://www.bishtawi.com/arabic/index.html