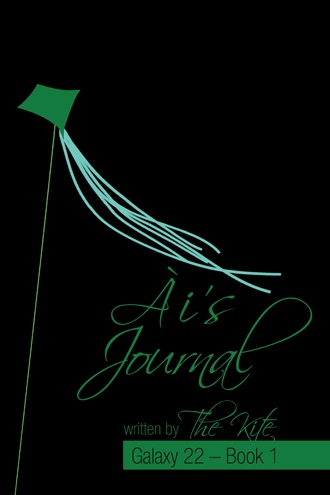 She sighed deeply and went straight back to what must have been a very dark place for her. Then she shrugged her shoulders and said.

I wondered what the sun was, isn’t that some luminary on your planet, how could she possibly be connected to that? I didn’t dare to ask her as I was afraid of killing her flow and her realising she’d said more than she should and just clamming up on me, I need to know what is going on with these beings it is my express!!! She continued enveloped in a dense dark forest of thought,

“We wonder across the savannah and I feel as if I belong to him some how and there is a strong sense of death and life… in a strange way I know that I shouldn’t be there and yet I recognise everything and I know I used to belong there but not any more, no not any more, they grieved me and I was gone and it was right that I was gone, but being back was not right, just not right. But he is my master so I followed him trustingly he’d rescued me from a very dark place. It was a slightly dense almost forest like part of the savannah and we stumbled upon the tail end of three Zulu warriors cutting down a large tree each with a large axe. This came into his view and oh my fade, I wished it hadn’t, I guess I am thinking of it now because of…”

Then she sighed deeply and painfully and croaked barely fighting back tears.

“Chaka… Only now I truly know how he felt watching that tree crash into the ground. He couldn’t believe what he was seeing as the warriors hacked away at the remains of the now rolling pin bark holding the tree erect and he gasped and said completely exasperated…

He exclaimed agonizingly as the tree baulked, swayed and bowed out of life. As it noisily hurtled to the ground, so did he, Oh Zoar! He wailed and wailed so painfully I could feel it in my gut even though I didn’t understand why at the shade, but I do now, oh mal, I do now… I remember I actually said,

‘But its just a tree, they just need it for the wood, for the fire to give us light in the dark, cook our meals and keep us warm…’

But he was inconsolable – he couldn’t watch anymore of it, he was huddled over with his face to the ground clutching the back of his head with his hands. I tell you every shade they hacked into it to chop it into movable pieces he flinched in agony as if he was being whipped like a slave… I wanted to move him but he was so big, so I sat beside him and rocked, rocked and rocked from the anxiety of not being able to help him or understand him in any way...”

Again she rocked her self as she said these words to me it must have been a very vivid dream, of course it can’t be real because why would they need the tree for light when we have flowers for light, anyhow, she continued…

“Eventually the torture was over and the next day at sunrise he came to fetch me from where he’d left me the night before, he crouched over me and said simply,

‘Its time for you to go, but first I must show you something…’

So I got up and followed him to the remains of a large fire and he pointed bursting with pride and said,

So I did, I looked into the remnants of the fire and I was absolutely horrified! I saw what looked like the charred remains of three mals, you know, three blackened sculls and a littering of smouldering bones, bu, but beings bones, so I said.

‘Did you do that, is it those men from last night!?’

He nodded beaming with pride and said excitedly.

‘Yes, yes, I hacked them to pieces like wha, wha, what they did to the tree, and look, I burnt them in the fire that they made out of the tree, genius no, poetic even!?’

I was horrified!!! I looked at him completely gob smacked and said.

‘But that’s crazy, they are warriors with families and children perhaps, you can’t just kill them and burn them, that’s so cruel!!!’

He looked to be surprised by my reaction and he retorted.

‘No, No! What they did to that tree THAT was cruel, what I did to them, THAT was justice!!!’

I was so relieved to get away from him and his completely warped sense of justice and be passed on to my new master, so relieved, he just made no sense to me, shocked I was… Yet now I get how he felt for that tree…”

I rubbed her back soothingly quite perturbed by her story and the strange words she had used and I said consolingly.

“Don’t worry I am sure it was just a dream, no one would be crazy enough to cut down a tree, the Protectors would raze them to the ground, I mean if one Glas hacked a tree down, they wouldn’t rest until every single Glas was dead, friend or foe, we all know that and a Protector most definitely would not hack a tree to the ground, not even a Xié’i…mmm, sorry, but you get me, it was all just a bad dream okay, many beings are having bad dre…”

Can cross galactic inhabitants interact with out peril? The Oranites are soon to find out… Situated on the 22nd galaxy of our group of 24 galaxies under 24 elders referred to in the Book of Revelation, the Oranites have their own delicate inter-racial alliance to contend with – that of the beings from the earth, the ocean and the overly pious, highly sophisticated city inhabitants.

This is Ài’s’ Journal, her exciting journey of her self-righteous mission to rescue beings from the city of sin called Xié back to a life of luxury and piety in her Refugee Care Centre in her city called Měi. Her journey starts to peel layers off her socially induced self-righteousness and religious superiority to reveal her darker nature. In the menacing city of Xié she discovers previously dormant physical ability born of her inter-racial parentage and uncovers illegal cross galactic alien and human trafficking.

This is the first of a five book series so much humour, perils and fascinating characters lie ahead…

I have as you know decided to remain anonymous because this book isn’t about me it’s about my insatiable imagination and besides, I’m awkwardly private. Just so you know this is pure fiction, as far as I know some alien Visionary guru didn’t relay this to me in a dream, I think it was just something that I was always going to do. So many bits and bobs in my life have culminated to this, so this better come to something or man will it suck!

I’m obsessed with colour, fascinated by genetics, social, racial and religious politics. I play with words and expressions all the time in head, I love languages and I’m currently learning Mandarin Chinese. I have studied the bible extensively and most of what I say in this book is pretty accurate and untainted by religious politics which I think is the most uncivilised thing about us. Throughout history we have managed to be so incredibly arrogant, blood thirsty and gun-ho about our resolvedly believed religious superiority in-spite of the fact most religions encourage humility and peace. Can you imagine Jesus or Mohamed or Buddha in a trench with a gun in their hands wiping off the blood of a man they had just killed with the back of their hand off their brow, no! They were inspiring, so there you go, if you want people to join your faith, put your gun down!!! (That includes the gun in your mouth…)

I currently live in Dublin-Ireland, studying accountancy of all things, but I have a crush on this guy so I’ll let you know how that goes in book two. He just seems so lovable and huggable and I love a good old fashion cuddle…