The Confessions of a Western-Middle-Eastern Muslim 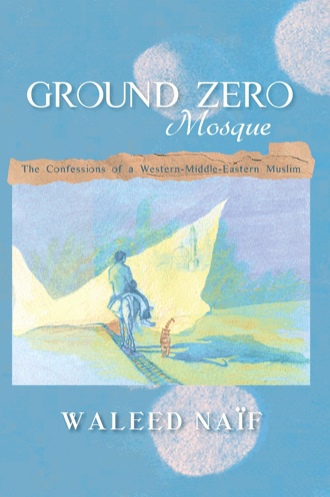 Introduction: I had a cat by the name of Mishmish. My two dogs had spotted her, one cold Egyptian night, when she escaped into our garden, fearful of the howling desert wolves outside. She was too young to lick milk, and it took a while to gain her trust, but eventually, she started accepting the milk drops I placed in her mouth while holding her in my arms. I watched her grow. I remember the first time she gave birth. We had long since decided to keep her outdoors and so I would watch her roam back and forth in our garden, sniffing here and there. She then gave birth under a tree, but to our horror, she immediately ate each and every one of her newborn kittens. It was heartbreaking, but I consoled myself and my siblings with a folk tale that cats do that if they fear their children will not be able to survive the harsh world. As absurd as it may sound, they found it safer for their babies to return, once again, to the sanctuary of their bellies. The second pregnancy was different. As the gestation came to an end, Mishmish became increasingly restless. One day, as I was leaving for school, she caught me off-guard and escaped into our home. Mishmish! I looked for her in the kitchen, living room, and even the bathrooms. I finally found her on my parents’ bed, on my mom’s side, giving birth. Mishmish had been restless, searching for a safe place to lay her burden, and she finally found that place on my mother’s prayer shawl. Perhaps it was the scent of motherhood that attracted her. Those three kittens grew to be parents themselves. I remembered Mishmish tonight, years after her death. I remembered her because I am in labor. I have been restless for the past few months, and this evening I found myself driving to Boston’s Grand Mosque. Suddenly, I am crawled up in the hidden space behind the Imam’s podium giving birth to a heavy burden. I never thought that I would enter a mosque again, and I certainly never thought that I would once again climb the Imam’s podium, but here I am. The heavens so decreed then that I give birth during Ramadan, the month of fasting. I am joyful that I am putting down a burden, but I am anxious because I foresee the length and pain I so deeply dread. Although the restlessness started a few months back, the contractions began a few years ago. It began with the excruciating pain caused by the pressing confusion of biculturalism and identity crisis. It continued and escalated with the dilemma of whether or not I should continue in science or dedicate my life to community activism and religious scholarship; another contraction. The contractions expelled me from my graduate studies in molecular medicine to pursue Islamic studies in Cairo, then again expelled me from Cairo to return to the lab in Boston. These contractions knocked me around for years, but that is all right because today I am in labor, and it is almost over. The faithful are eating a hot meal after a day of fasting. I am not because I was not. Perhaps the burden I carry and the imminence of my labor serves as an excuse. Or perhaps my prolonged traveling in pursuit of some peace of mind would grant me pardon. Or maybe I could justify my not fasting by claiming that the world as it is has driven me mad, and plea for the allowance given to madmen. Even without excuses or justifications, God is forbearing, most-merciful. You, my dear reader, will be my friend and mid-wife; thus you will be the first to catch my child. I do not know what it will look like, but since it is the product of a consummation between Islam and the West, I can perhaps guess that it will somehow resemble both. Now whether the former was raped by the later, or if it was another version of the Moorish Othello enchanting the Venetian Desdemona, I do not know. I do not know who was father and who was mother, and I do not know whether they united in harmony, or pillage and deception. All I know is that there was a conception, and that tonight I am in labor. I have no guarantee what the child will prove to be, but I deeply believe that it will prove worthwhile. This child is a token for those suffering the pains of growth, the wandering souls traveling miles from nowhere, and the faithful believers that are fatigued by suspicion and rejection. That I truly believe. So let us start at the beginning, before proceeding to the initial contractions and end with the months of restlessness that led to this moment of Truth.

Unable to temper his love for God, Waleed abandons his career in science to study Sharia and make the world more Islamic. In his pursuit to learn what God desires, he loses his faith. Determined to fill the spiritual void, he travels and reflects on Islam in the West, makes a pilgrimage to the “Mecca of Modern Biology,” and walks the Freedom Trail, before giving birth to a renewed faith in Boston’s Grand Mosque.

Ground Zero Mosque is a memoir about rebuilding faith after its destruction and the intimate relationship between religious expression and cultural identity. It is an opportunity to think through difficult questions, and while it is not intended to provide answers, it will help you reach your own.

Waleed Naif is a native of Cairoston. He is a poet, essayist and scientist and contributes to the blog: albostoni.wordpress.com