by Rev. Carol A. Hale 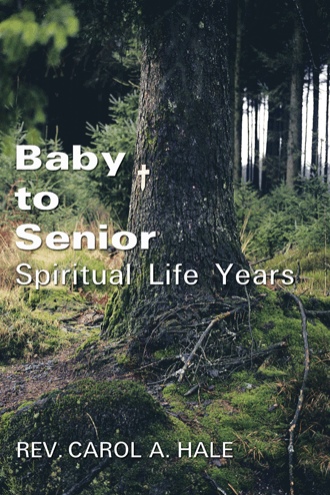 December24, 1939Carol’s birthday. Nan is7 and in the 2nd grade. Buck is 5 and in a Pre-school. It was a birthday when Mom (Nona Shannon) told me about my day of birth. “Carol,you were born on December 24th at 6:00 pm in the St. Francis Hospital on Miami Beach. I was down in bed and holding you when I heard the Nun’s. They were walking down the hall singing Christmas Carol songs. When I heard them, I named you, “Carol”.Then you Daddy called you “Ann” a Hale. It was another day when Mom told me this. “When you were six months old, you got severe bronchitis. Your Dad and I did all we could to take care of you, but you were getting worse and not breathing well. We took you over to St. Francis Hospital. As we went in the hospital you suddenly quiet breathing. The doctor ran over, picked you up and lifted you. I think I heard him say “God”. He smiled and told us, “She is breathing normal now.” After about two hours everyone was amazed at how you became a healthy baby girl.” 1 year old On this December my first birthday was in our new house in North Miami, Florida, on 821 NE 123 Street. My brother and sister became students at the William Jennings Bryan Elementary school. The Shannon grandparents, of mom, had the first apartments built in North Miami. It was 3 blocks from us. Dad’s brother and his family lived on the same street. 2 years old One day I said the first big word in my life. I walked out of the bedroom and saw Mom, Dad, Nanny and Bucky sitting at the dinner table. They didn’t speak to me. They didn’t see me. I looked up at the light hanging on the ceiling over the table and yelled, “Light, Light.” They all looked at me, smiled, and waved. 3 years old GOD PROTECTS LIVES Daddy took me to the beach. He put me into a small kid’s boat when he got in the ocean. As he walked in the ocean and talked with a friend he gently pushed me with them. It was fun watching water grow up the body as they walked. Suddenly a big wave hit my boat and me. I fly up and splash into the water and sank down. Daddy grabbed meout of the water, held me by his head,giggledme. “Taffy, deep breath.” I yelled, shook my head and smiled as Daddy went over to my boat being held by hisfriend. During World War 2 the City of North Miami would turn on the fire alarm system to warn the community of possible war explosions. When turned on the alarm system would have a different sound and rhythm. One day Nan and Bucky were playing and taking care of me because our parents were not home. While we were outside in the yard the alarm went off. I was taken into the house and told, “Sit on the couch and don’t move.” I sat down and watched Bucky and Nan. They ran into the bedroom and carried out a bed mattress and tossed it on top the dinner table. They ran back to the room and came out with sheets and pillows and threw them under the table. Nan went into the kitchen. Buck came over picked me up and we crawled under the table. In a few minutes Nan crawled under the table with a big water jar. We stayed under the table and drank some water. After a while Bucky saw and heard what to do. He told me about this a few months later. I did not understand it all, but did see everything. There saw a man walking down the street waving a flag sign saying, “It is safe now.” The man came and tapped on the window yelling, “We are all safe and no more dangers.” He turned and went back on the road. Nan and Buck crawled out of the table and I followed them. Mom and Dad ran into the house. Dad looked at the table. “Wow, you learned to do this when I had to do it for all of us.” Mom hugged each of us. Walked to the table and said, “You saved each other in a bad time with a good table. 4 years old Dad was in the military reserves of OpaLocka Naval Air Station which was about 12 miles from home. While you were outside you could see Navy planes flying towards the ocean. I learned: That many of the planes were going over the ocean to see what boats were in the ocean. Some of planes were up in the sky so other man could learn to be a pilot. Some were testing to see if the engines were fixed right. My Dad worked over on Amelia Air Hart, part of OpaLockaNaval Air Station, about 4 miles from home. I was glad to be let outside to watch the planes fly in the sky. Inside and at night I would be quiet so I could hear the planes. One day Daddy drove us all to OpaLocka and past the Naval Air Station so we could see where he worked and all the planes.

The spirit guides our life. It opens our life as a child and always stays with us. After each prayer our spirit will speak to your mind about God's decision and we will hear about he best task for life. The spirit and prayers always gives us comfort relaxations to the mind. When the body has been or is in a accident, is sick, having surgery, financial problems, and life events. My life has had several perfect body safety and healings i was six or seven months old. The spirit with God guided my jobs and acceptance of my birth as a lesbian.