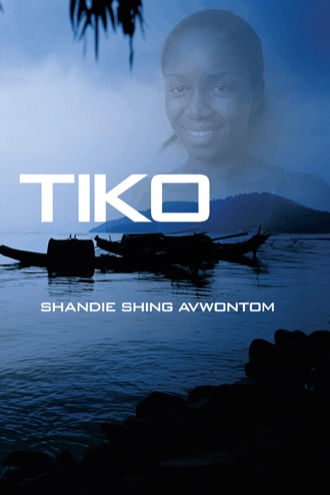 There was no one in the corridor. It was getting to dawn. I threw open Ekechi’s room door without a thought of knocking. She was already dressing up. The bewildered poor thing snatched a towel and held it to her chest, in vain. She stared at me questioningly. I asked her if everything was okay and quickly realised she was unaware of what had happened. So I told her about our underworld guests. She was crestfallen.

First transfixed, she suddenly spread the large towel arm length in front of her. Her fingers found two tips, and she stretched the edge taut then swung it round and brought it to her body fastening it tightly over her breast. Clean white bra straps strung neatly over her broad even shoulders. The towel edge dropped down to slightly below the thighs. Not before revealing, for a split second, the contour of rounded curves in the shimmering first light of day, speckling in through the leaves of the gently swaying sour sop tree outside the window. She stormed past me leaving behind a draft of freshly worn “Avon Timeless” lotion and swept across the sitting room to the main entrance door.

There my key was, still in the keyhole. The rest of the bunch dangled down from the loop; swinging accusingly from side to side as if disapproving of my carelessness. I might as well have handed the keys to the burglars. Wordlessly, Ekechi pulled the bunch of keys out and dumped it on the dining table, her irritation camouflaged in silence, her eyes avoiding mine. Once again I had been too inebriated to lock the door and pull out my key when I returned.

It was not the first time this had happened. If she could, I knew she would have given me a proper dressing down. But sulk she could, and definitely would in the couple of days or three ahead. She would place my meals on the table with an ever so low, yet distinct thud and honour me with nothing more than monosyllables for answers. Luckily nothing beyond that. In an attempt to lessen her frustration I decided to downplay the whole issue and sheepishly asked her to go to school.

Tiko is a dripping hot and stuffy town. Travellers along the Tiko-Douala highway, see row after row of rubber and banana trees with no idea that they harbour Tiko. The surrounding plantations conceal it as an attractive fruit does a cankerworm till one bites into it. The little port town is regularly engulfed in the putrid smell of processing sap. The sap is hand-collected by slave-like labourers in thousands of conical aluminium and black plastic cups from dripping, scarified rubber tree trunks. This is the town where a series of coincidences had led me to settle and practice as Sheriff Bailiff. That was eight years ago. But again, that is a different story.

Much later that morning at the road side, I stood waiting for a taxi to take me to the Gendarmerie Command Post to report my night’s ordeal. I saw the same fishermen I saw everyday returning with their puny catch from the treacherous creeks of the Gulf of Guinea. They trudged along in silence, with the same cracked blue enamel basins they balanced hands free on their heads. Their shoulders slouching from the weight of the same nets and used fertilizer bags of fresh fish. And, for some, the same dressing. Green Wellington boots and thick, yellow, plastic raincoats they wore since I first set eyes on them close to a decade now. I knew where they were headed. The women would go to the market, sell the fish and buy foodstuff for the household. The men shot straight to “afofo” joints where they bought the colourless soporiferous distillate that helps them sleep through the stifling heat of the afternoon till night time. After sun set the men would leave their “junior wives” and mistresses, gather their things and head back to spend the night with their senior “wife” or first love…the sea.

The emptiness and vacuity of my life in this “cul de sac” was daunting. Realisation was suddenly and wickedly projected before me. It was there in the fishermen wading up and down through unseen obstacles, bearing weights as if accepting penance to expiate hidden sins: The “Inferno” of the same thing every morning and every evening, day after day.

What had I been thinking? Eight years needled like a spider to the wall. Wriggling to no purpose in this town that seemed, upon independence, to have frozen still in mid development. The soap factory had closed down, no more Tiko soap. The Cinema hall was dark and silent and the vibrant wharf reduced to naught. “Airport Hotel” was a macabre shadow of itself. As for the Tiko Airport itself, where the Great Nkrumah himself landed and took off the only time he came to this country, it had been closed down. The runway was split up and ploughed out, divided among tribal traders who respect no history and venal “chefs de terre” Administrators. Those people who hang up banners in abysmally poor language in Tiko as if to drive in the nail to the coffin and deny the town its very identity. “No!” I protested under my breath. I had had my share of Tiko and I had to leave… or perish.

"I am happy to see how this piece has grown." Rosemary Ekosso. Author "House of Falling Women."

"I converted your words into video in my mind as I read…it sounded so real." EST, comment made on Palapalamagazine.com

"Good narration…so real. Could not take my eyes off it. Fombe Phillippe" comment made on Palapalamagazine.com

Shandie Shing Avwontom was taught by ANA (Association of Nigerian Authors) Award winner, Bate Besong, who shaped his writing philosophy. Early in his writing career, he worked as a newspaper reporter during Cameroon's "années de braise" or "soldering 90s" Born in Bamenda, he grew up with the challenges of an English speaker and background in the French speaking town of Douala, Cameroon. TIKO is his first published Novella. He is co-author of AnglophoneCameroon: A time for Hope, Nooremac Press 1993