Wind in the Buffalo Grass

A Journey Back in Time 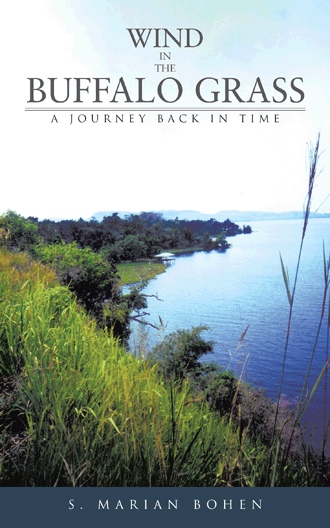 After almost a year of settling into the neighborhood, getting to know our neighbors, we were asked what we intended to do with the storage shed attached to our house. The house had been built by a merchant from Palembang and the shed (gudang) had been used to store his merchandise. It had a cement floor, as our house had, but was in dire need of a thorough cleaning and whitewashing of the walls. We asked our neighbors what they thought would be useful for the neighborhood. They had many suggestions, among them a place where their children could study, a place where young people could meet. I had a morning job and a late-afternoon job, so Lina and Lestari, who had part-time jobs, as did Relly and Threes after that, spent time on planning activities for the gudang. We all got busy cleaning it up, getting used school tables and chairs that were child-sized, and bamboo mats for adults. We were also able to collect used books from schools nearby and so built up a small library. Some of my students from the university volunteered to come on a regular basis to tutor the children. In Jakarta at that time, because there were too few public elementary schools for the number of children, each child went to school for three or four hours each day, so there were three separate shifts in each elementary school: early morning, late morning through early afternoon, then afternoon. This surprised me initially, until I realized that this arrangement was based on the reasoning that it was important for everyone to have less, in order that everyone have something. Of course there were also private schools as well, and the result was that the basic literacy rate in Indonesia was a healthy 85%. The “gudang” as we called our new space, was a busy place, often noisy, sometimes quiet, but clearly a space for the people of the Peanut Garden. Gradually, activities became diversified, and some of the younger women spoke to Lina about their economic situation. Every year, around the time of Ramadan, when children had to have new clothes and every home - no matter how simple - had to have special festive foods for visitors, people would borrow money, then spend the year paying it back, often with interest. Lina suggested they try turning things around, suggesting that the women begin saving money for the following year after Lebaran (Idul al Fitr ). This cooperative “banking” system was a great success. The woman chosen by her peers as guardian of the funds was Ance, the youngest of the married women, because she had finished high school. Following this venture's success the children began saving the small coins they were sometimes given for treats, and Lina carefully kept their individual books and small deposits. She also taught them how to earn money by roasting, packaging and selling - appropriately for that neighborhood - peanuts. Most children deposited their earnings as well. One of the great joys was to see a child come to take out the money s/he had saved to buy school notebooks, or even a pair of shoes for school. These efforts were not merely a matter of economics, but of helping them continue in the proud Sundanese tradition of an open and joyous spirit, as expressed in their songs, dances and in their generous hospitality. One problem then faced by the people in the Peanut Garden was the lack of easy access to medical services. Too many children under the age of two had limited access to regular health care and to routine inoculations. Again, Lina came up with an ingenious solution: a Healthy Baby Contest. We announced the upcoming event to all mothers and their children under the age of two. The admission fee was the equivalent of five cents per child, and with that money we bought enough prizes so that eventually all who entered the contest went away with something .The three ”winners” received small coverlets donated by friends of the project. Recent graduates of the medical faculty who were awaiting assignment to government posts were contacted and three of them donated their time and services for the day The Healthy Baby Contest of itself won the prize for the noisiest day in our eight years in the Peanut Garden. Every child was weighed, measured, its mother given suggestions for a healthy diet, asked about inoculations and given whatever they needed, thanks to the local medical clinic and the good services of our neighborhood ward representative. I learned from that day that there was a way to help others obtain needed services without causing them to feel ashamed or inadequate as responsible parents. Naturally, the babies judged to be the healthiest by the medical team were from families who were better off economically, but every child received the necessary inoculations and respectful treatment in an atmosphere that felt like a carnival. And every child received a small prize.

In her introduction to this memoir, S. Marian Bohen writes: “My life has taught me that perhaps by sharing our limited visions of reality, our memories, and by listening seriously to those of others, we may together approach a deeper understanding of the mystery of our existence, our world, our universe. If we can listen to the stories, learn about the life experiences of others, I have hope for a world where we move into circles of equals. Lines and `choosing sides' make for clear separations that are sometimes useful. In a world we now recognize as one beautiful round globe in a vast universe, my hope is that we can learn to sit in circles of listeners and storytellers, rising from these circles infected with a fever for peace and understanding.” These reflections and learnings were gleaned from almost a quarter of a century of the author's life lived among various ethnic and religious groups in three major areas of Indonesia: Java, Kalimantan and Western Papua. This is a tale of almost endless river journeys, life lived on platforms above a muddy swamp, twice-daily baths in a river with soap, sarong, and a bucket - a life of seeming deprivation to the Western mind, and yet a life enriched by the wisdom and humanity of ancient cultures in some of the most remote places on earth. Bohen's respect for and adaptation to her adopted land are truly inspirational. It is her hope that her readers will come to taste the truth and beauty inherent in the unlikely places and events that she describes.

S. Marian Bohen is an Ursuline Sister who has been involved in the ministry of education throughout a long life. She was born in Minneapolis, Minnesota, and at a tender age moved to Albany, NY with her parents and three older siblings. In her early years of schooling she was made very aware of the world beyond her borders. While on the way to earning a bachelor degree at the College of New Rochelle, in the middle of her junior year, she entered the Ursuline novitiate in Beacon, N,Y. After completing her college education she was sent on for further studies in theology in Rome, on the eve of what would be the fresh air of the Second Vatican Council . After further studies, and a year teaching at the College of New Rochelle, she was finally on her way to the experience of which she writes in this memoir, "Wind in the Buffalo Grass." It is an account of the twenty-four years she spent in Indonesia in several different cultural settings. She began the journey in Bandung, then in Jakarta, during the early years of an independent Indonesia. She recounts the time spent in Jakarta during the years of Presidents Sukarno and Suharto. Her work there was two-fold: teaching theology to the young Indonesian Sisters, and teaching English to students at Atma Jaya University, and occasionally working with students in other universities. In her later years in Indonesia, She moved to Kalimantan (formerly Borneo) to engage in Pastoral education in the diocese of Banjarman. This involved alternating between planning sessions in the Banjarmasin office and journeys to pastoral centers throughout the diocese, to the small communities in the interior of Kalimantan. The last four years of her time in Indonesia were also in the educational field : as "docent" in theology in the Inter-Diocesan College "Fajar Timur" (Eastern Dawn) in Papua. After four years in Abepura, at this Institute, she realized it was time to "move on" as Papuan men and women were then prepared to take on the work she had been doing. There ends the tale of the experience of those 24 years in Indonesia, and a hint of her "re-entry" into life in her homeland after a long absence.