NATION, SOCIETY AND THE STATE

THE RECONCILIATION OF PALESTINIAN AND JEWISH NATIONHOOD 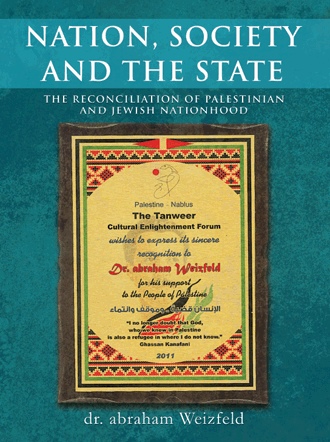 The Nation, as a social entity, arises as a result of socio-econo-cultural dynamics. The Civil Society forms a cradle for a collective consciousness giving rise to a common personality, a National Mind so-called, a political culture, a history, and perhaps a religion or a particular existential framework or epistemology. The Nation-State consequently becomes a transitory phenomenon corresponding to the class, gender and national relations prevalent in the associated society. The claim to self-determination is a fundamental element to the impasse in the social conflict based in “the national question” and its contradictions, as in the manner put forward by the classic theories. Each party to a conflict conceivably makes demands based upon their existence as a matter of principle, in isolation from other such claims. Thus the national claim to self-determination is examined as problematic since it remains a mutually exclusive proposition. An examination of the antinomy between ‘the self and the other’ furthermore allows a methodology to emerge by which an analysis of national conflict may continue. The differentiation of the Nation and Society from the State (and other ideological connotations) enables a concept of the Civil Society to emerge as the context for the Nation. Likewise, the distinction between national-identity and the ideology of nationalism allows for the retention of the identity of the Nation in the framework of the common Society. By way of observing the conflict between the Palestinian People and Israel, the analysis of national-culture finds the basis for the reconciliation of national existence to be founded upon mutual rights in a Principle of Reciprocity. The methodology by which the resolution of national conflict results in reconciliation becomes the bases for the formation of Civil Society, taking into consideration the poly-national composition of the population willing to form an association based upon the autonomy of their various communities, in reciprocity. Furthermore, such relations become codified in the Constitutional arrangements signifying such reconciliation. 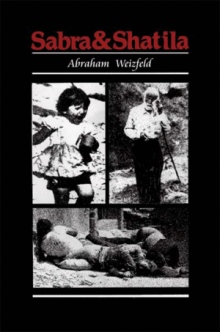 This work treats the European political philosophy that has engendered the Nation-State concept -- considered to be the logical evolution of human history as a linear periodization into the Modern State. This Modern State concept is treated as the end of history in liberal democratic theory, in spite of it remaining a European phenomenon. Where it has been imposed beyond the European political culture it has provoked a plague of civil wars and occupations, such as in Palestine. In Europe itself it has also resulted in such features as the Spanish Inquisition, the latter-day Spanish civil war and the fascist dictatorship that followed, as well as the Nazi regime and its Holocaust in alliance with the various fascist allies seeking their own Nation-State. Various attempts have followed in Europe itself to overcome the Nation-State itself by means of the European Union which sought to unite the Nation-States with a federated effort to bring some stability to the economy and life of the region in light of the disastrous wars of the twentieth century. The contradictions of the Nation-State and Federalism become ever more apparent as the EU now descends into economic chaos. This sub-title invites a comparison and a contrast between the Jewish political-culture and the Zionist movement. One may consider political-culture as encompassing Civil Society, history, religious theology and law; comprising a collective consciousness, this historical heritage forms a national identity which is currently oriented into nationalism by the State. The endurance of national identity apart from the State and with the extinction of the State is projected as the basis of an independent Civil Society.

dr. abraham Weizfeld B.Sc., M.A., Ph.D. cand., is an activist, since 1967, with Palestinian and socialist movements in Canada and Québec, including periods in Toronto, Waterloo (1970 - 75), Ottawa (1982 - 85), and Montréal (1986 - ). Raised in a refugee Jewish family of parents who escaped the ghettos of Warsaw and Lublin, he carries the heritage of the Jewish Workers’ Bund of Warsaw; a socialist Jewish movement that contested the Zionist minority tendency in the Jewish political culture of Europe. His two published works are the documentary study Sabra and Shatila (1984, 2009) and The End of Zionism: and the liberation of the Jewish People (Clarity, 1989), an anthology of Jewish dissident writings. After meeting Yasser Arafat in Beirut during the 1980 solidarity conference, he worked as assistant to the unofficial Palestine Embassy during the first 1982-85 Israel invasion of Lebanon. His doctoral thesis, accepted by the Département de science politique at the Université du Québec à Montréal in 2005, critiqued the Hegelian concept of ‘Nation-State’. This Thesis is entitled, ‘Nation, Society and The State: the reconciliation of Palestinian and Jewish Nationhood’. As co-founder of the Alliance of Non-Zionist Jews in Toronto 1974, founder of the J-PLO (Jewish People’s Liberation Organization) in 1988, and co-founder of the Alliance of Concerned Jewish Canadians in 2005, Weizfeld works to build the international Jewish opposition. During the Fall of 2011 Weizfeld worked for three months with the Tanweer Cultural Enlightenment Forum in Nablus, Palestine.