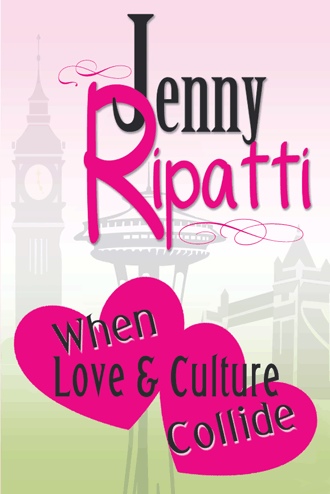 It was an hour drive to the hospital from Mark’s house. I pictured Dylan laying in a hospital gown with his tan butt cheeks poking out the back, winking at the nurses as they fed him ice cream hoping that it was just some minor scratches and they had only kept him to run test just in case. I couldn’t believe or let my mind travel away from these thoughts. Mark padded the back of my arm in support. I really hadn’t given him much credit when I lived in England. I started to feel ashamed. He was helping me. I vowed I would make it up to him. After all he was Dylan’s best friend.

We illegally parked outside the front of the hospital like every other Tom, Dick and Harry. We approached the reception counter and rang the bell. “Good thing we aren’t bleeding to death, bloody hell,” was Mark’s response to the empty reception area.

“Hello? Hello?” I shouted. Frustration taking hold, I couldn’t wait any longer. Somewhere in this hospital was Dylan. No one answered my pleas.

I grabbed Mark’s hand and turned the corner towards the signs for the Emergency Room. “We’ll just find him ourselves.” I was done waiting. We passed corridors of the elderly, and the spoiled smell filled our nostrils, causing our pace to quicken even more. At one point we were pushed out of the way as paramedics attempted to revive someone. I started to sweat; the anxiety was building in my chest. If only someone could just guide us. I rounded the next corner towards pediatrics having no clue where I was going. Hospitals in England literally were corridor after corridor. One would need a map to escape. I spotted a red-headed nurse filling out a chart just outside a patient’s room. She was tall and slender and her face said friendly.

“Excuse me, we are a bit lost. We are trying to find our friend. He was admitted two days ago from a car crash. His name is Dylan Hayworth.” My tears were almost to the brim over. She caught my feeble voice.

“This way.” She never looked back at us nor did she say anything else until we had half way run after her through the corridors of St Thomas Hospital. Two elevator rides later, she beckoned us to the last corridor near what felt like the basement of the hospital.

“Room 39.” She pointed towards the end and slid back through the revolving doors behind us before we could thank her.

I wanted to run but feared I would get escorted from the premises, so close to being with Dylan again. Mark didn’t move but gave me space to see him first. I looked back over my shoulder for reassurance, scared at what I might come face to face with. I peered around the door of Room 39. There, in the tiny space stood one bed and one chair. The curtain was drawn half way around the bed so I could just see his feet. My heart pounded and I held my breath as I rounded the curtain. As my eyes fell on him, I ran to his side scooping up his casted hand and arm. He didn’t stir. Maybe he is sleeping deeply with all the drugs they were probably giving him. Oh my poor Dylan how could I have left you

As recent college graduates and childhood best friends, Sophie and Sadie start their new chapter of life with a trip to Spain. However, their girlie vacation quickly turns into a lover’s paradise when Sophie lays eyes on a handsome Brit, Dylan.

Now, after two years of struggling to settle in comfortably in England, Sophie begins to worry whether or not Dylan’s love is enough and if their cultural differences will slowly eat away at her and threaten their strong bond? Then Dylan pops the question, Sophie is quick to put all her worries behind her. At their engagement party Sophie finally feels like she is fitting in and England is looking promising. But, suddenly, Dylan breaks off the engagement and, before she knows it, she is back on a plane headed for America without Dylan or an explanation.

Distraught and traumatized, Sophie struggles to cope with the unexpected breakup and tries to fit back into her own culture, instantly realizing that all the things she didn’t like about England were exactly what she missed the most. Back in the States, the fast pace of life and the open skies seemed to swallow her whole.

Will Sophie and Sadie get back to where they left off, before Spain? Or will Sophie and Dylan’s strong bond bring them back together? The pain threatens to change Sophie forever. Could it also threaten any chance of a reunion?

Jenny Ripatti was born in a small town in Northern Idaho, USA where she first fell in love with stories. It wasn’t until graduating from the University of Washington that she began to write her own. Now, living with her husband in England, she has set out to put her stories to print. This is her first of many novels to come. Stay tuned!