Closing the Achievement Gap in America

A National Imperative for A Super Man, A Super Woman, and A Superintendent 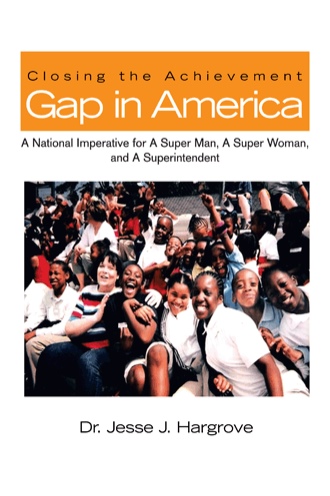 INTRODUCTION The voices of the founding fathers were strong for the establishment of a public school system that educated its citizens. Our founding fathers would feel honored that a new society of citizens understood the urgency for closing educational achievement gaps that undermine enhancing equality in our democracy, and sensed the urgency to reopen the doors of the world to a new generation of enlightened and contributing Americans. There are approximately 14,000 school districts in the United States. They have different levels of academic performance, influenced by geographic region, race, and gender. Discussions of the lack of academic performance between and among students have focused on “achievement gap” issues. A new euphemism called the “achievement gap” has subtly replaced the then-popular 1960s term “school inequity or inequality” This linguistic transition masks an important policy decision: the burden has been shifted from the school entity to that of the child and parent. This shift makes the parent a principle agent responsible for helping the child to overcome the achievement gap in student performance. THE PURPOSE FOR EDUCATION The purpose for public education is two-fold. The first is to have a functionally literate population trained by our public schools, and secondly, to be a feeder system for the higher education system. This purpose has shifted drastically from its initial purpose in the 1600s which was to teach children the value of having Godliness within, and to avoid sin. Today, with the modern reform movement, the purpose for education has evolved to teach children to develop the skills to function in content and subject areas, and to compete with international competitors. The goal of public education in America tends to vary from president to president. The aim of public schools is not to intellectually develop significant numbers of its population. Nor is it to control the nation's destiny so that there is self-determination. As a result of not focusing on the nation's aim, the nation is said to be at risk of losing its competitive position on the world's scene. Thus, the purpose for education has gradually eroded through state and federal neglect. Through prolonged periods of neglect and years between continuous education reforms, the purpose for education has been lost. In its place, there is a scattered belief that the goal of education is for the uplift of students for social and economic mobility, which in practice tends to be neglected, and in opposition to the goal of education for political and global competitiveness. JUSTIFICATION FOR RESTRUCTURING AMERICAN EDUCATION The last natural resource in America today is the human resource. History informs us that the human resource must be nurtured and developed. Now is the time to plant the seeds for mental and spiritual germination within society for a new generation of learners. This new generation of students is called the Deuce Millennium Generation (DMG). Educators have worked with many of the parents of this generation of students to nurture their human potential. However, the social turmoil, the failure to achieve academic equality, and the moral decadence of society over decades is a clear indicator that restructuring is needed for the American Education system to survive for another two hundred years. The rationale for restructuring American Education calls for new methods, techniques, and understandings of the trends and signals from the new generation of students. Americans must take a critical and analytical look at our educational system and its reliance on a one track method for awarding diplomas. Some states have even convinced state boards of education to increase academic standards at the detriment of students who can not, have not, and will never be able to pass such high stakes-like tests in order to receive a diploma. The result will be devastating on states in the next decade and beyond because significant numbers of these students will not receive diplomas for graduating from high school nor will they be able to contribute in significant ways to that state or society. This commentary does not give us a reason to celebrate as a nation, and it is also the reason why the 1983 National Commission on Excellence in Education declared that America is “A Nation at Risk”. PRODUCTION OF HIGHLY QUALIFIED FACULTY The production of the Highly Qualified Faculty is needed in IHEs because a new generation of learners, the Deuce Millennium Generation, is flowing through the American Education P-12 pipeline and will enroll in higher education beginning 2015-2016. Further, the Deuce Millennium Generation (DMG) is expected to continue its march through the higher education academy until 2037, when its last class will graduate from college. So, Institutions of Higher Education must begin to prepare its new generation of Highly Qualified Faculty to meet the challenges of this new generation of learners, the DMG. During the fall 2001, the DMG started its march toward Higher Education. They are past the half-way mark in public schools, and were enrolled in seventh grade in 2009-2010 and headed for higher education in fall 2015. They are used to highly motivated, energetic, and inspired teachers who act as facilitators of knowledge and information, rather than lecture-focused faculty. Further, the DMG are trained to expect a variety of learning and instructional strategies and approaches which includes technology-rich experiences, small group discussions, lecture/language drills/listening comprehension, problem solving, PowerPoint presentation, cooperative learning, collaborative learning, role playing, Individualized instruction, discovery learning, small group activities, mapping, modeling, team teaching, and computer aided instruction. Higher Education can be ready for the Deuce Millennium Generation, if the academy plans now, and incorporates criteria that improve its faculty promotion, tenure and evaluation criteria for the Highly Qualified Faculty of the 21st Century. 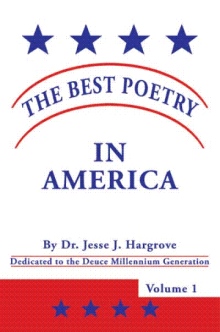 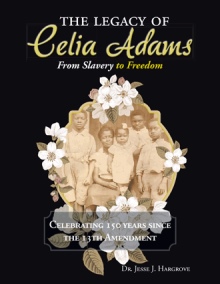 This book reveals how this new generation of learners, the Deuce Millennium Generation (DMG), began their journey from Pre-kindergarten at the start of the new millennium in fall 2001 to their middle school years. This generation has endured the societal effects of the post 9/11 years for almost ten years, yet the author asserts that they will be the best and the brightest. He contends that the recent educational training delivered by highly-skilled Teacher Training Institutions will contribute to an increase in students' knowledge and performance on high stakes measures of assessments over the years. The book acknowledges that accreditation is a key factor that plays an important role in the student achievement process. This book is a primary source for understanding how the achievement gap in America can be closed. The author contends that this scholarly work is the first comprehensive book written on the subject. He engages the audiences in issues that are thought-provoking and makes the case that the historical, social, and public education processes have a profound impact on the learning outcomes of students in American schools. It is easy to understand why the author puts a name and a face on this new generation of learners. The book reveals a clear picture concerning who this generation is and what effects will occur to them, if the signs of the times are not reversed. This book should be read and used by all Teacher Training Institutions, teachers, parents, and decision-makers who are interested in Closing the Achievement Gap in America. The gap issue is a national imperative!

Dr. Jesse J. Hargrove is a noted author, neologist, and distinguished educator, poet, photographer, futurist, and scholar who says that public education has not kept pace with the new shifts in societal changes which have been prompted by national and global events. He encourages parents to play their role in educating children about the importance of going to school and getting a good education. His research focuses on a new generation of learners in America, whom he refers to as the Deuce Millennium Generation. He uses ethnography as a research medium to capture a snapshot picture of the culture under study. He was born in rural Gough, Georgia where his great grandmother Celia Adams was an ex-slave and a mid-wife who lived from March 12, 1856-March 21, 1942. He was born 100 years after the birth of his great grandfather who was born on February 22, 1853. His great grandfather, Solomon Hargrove, was an educator who taught children to read and write, but was tragically lynched in 1893 for organizing his free school at Eden Baptist Church which his wife Celia helped to found in Louisville, Georgia in 1885. His mother instilled within him a love for education. He developed a love for reading in fourth grade and graduated with honors and was ranked 9th in his Class of 1971 from Dillard High School. Hargrove graduated Magna Cum Laude from Dillard University in New Orleans in 1975 and majored in Spanish Education after earning scholarships to study at two schools in Guadalajara, Mexico during the summer and a junior year exchange program at the University of California at Berkeley. Arthur Jensen and William Shockley studied him and his peers from Historically Black Colleges and Universities on the IQ genetic inferiority issue of the era. He studied six languages at Cal Berkeley. In 1977, Hargrove was awarded the M.A. degree in Spanish and Spanish American Literature and received the Ph.D. degree in 1983 from the College of Education in Bilingual/Multicultural Education from the University of Illinois at Urbana, Illinois. Hargrove has taught Spanish in public schools and higher education. He has worked at two colleges in the University of Wisconsin system, the University of Arizona in Tucson, Broward County Public Schools and Philander Smith College in Little Rock, Arkansas. Currently, he is Chair of the Division of Education and has served in administration as Associate Vice President for Academic Affairs, Associate Dean of Instruction, and Assistant Dean of Instruction at Philander Smith College where he has been employed for the past ten years. He is civic-minded and from 2004-2009, he served as Chair of the Arkansas Commission on Closing the Achievement Gap. He can be reached at jhargrove@philander.edu.