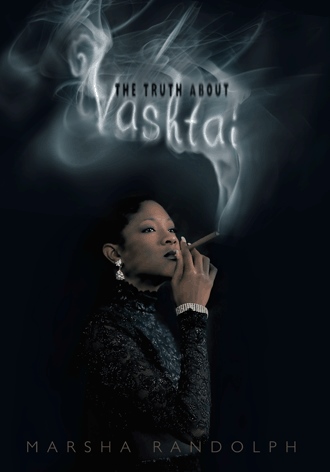 The club had been open for less than a month. Tired of fighting men on the dance floor she wondered upstairs to play a game of pool. Stephen was playing on what everyone called the champions table. Only the very good or the very drunk would dare play on it because of its’ visibility. He watched as she headed in his direction: noticing her dress, her walk and her facial expression. She was well packaged – hair, nails and clothing coordinated in such a way as to say “look but don’t touch”. Looking away with a smirk he concluded she had a different strategy than the other women but he was sure she was just another woman on the prowl. He was not going to bite. She stopped in front of him, smiling he did not speak. He never liked women who liked to play games.

“Do you mind if I play with you?” she asked.

“I don’t want to have sex with you.” Vashtai stated catching him off guard. “I want to play pool.”

“Ladies first.” He smiled and stepped aside so that she could begin.

They played in silence, she was very good. Caught off guard by her directness Stephen made a mental reassessment of the woman in front of him. He decided to give her the benefit of the doubt but maintained his guard. Every woman in the club was after a man and if she was alone she was too, if not him, who? She was not the most gorgeous woman he had ever seen but she was very feminine, pretty, and a good pool player.

Vashtai laughed. “No, I am not gay. I am just not out for the hunt. Do you mind?”

Donald walked up to the table, over hearing Stephens’ last question.

“Very bad relationship and I don’t intend on having another.”

“Vashtai Terrace, ex-wife to the famous Omar Joseph Terrace Senior of Terrace Enterprises. He left you after having a series of parties, the last one you weren’t there. Shall I go on?” Donald recited.

“Hi, my name is Donald and this is my reclusive friend Stephen. I am sure he did not introduce himself. If you haven’t noticed, he doesn’t trust women.”

Smiling, she reached for his extended hand. “Hello, I don’t want to know why you know so much about me, I guess it’s good to meet you Donald.” Turning to Stephen she asked, “Are you gay?”

“Your reputation at the club is also known!” Donald spoke. “Actually, I know your husband, ex-husband, and I know about the reputation Lady V has with the single men here at the club, but I never thought they were the same person.”

“No I am not gay.” Stephen stated.

“The club has not been open long enough for anyone to have a reputation, at least not a good one. So, what do they say about me?”

“If you haven’t noticed most of the people here were at Donald’s last club. Of course being the house diva you probably didn’t notice us little people, Mrs. Omar Terrace the first!” Stephen explained.

Many women enter a relationship overwhelmed by a man’s charisma, good looks or even the size of his wallet. Some women believe their beauty will keep their husband faithful, while others believe their sexual exploits are enough to maintain a relationship; there are also the women who dedicate their life to being and doing whatever their husbands desire. This is the case of Vashtai, the main character. She believed that being everything her husband needed guaranteed eternal bliss. Unfortunately most women, including Vashtai, find they have built their marriage on a false foundation.

After twenty years of being all things to her husband Vashtai Terrace found herself divorced. Despite being an ideal model of the Proverbs 31 woman, a completely submitted wife her husband replaced her. In addition she recieved little guidance from her church as to what to do with her physical desires now that she was single.

Walking away from church into the single's social scene “Lady V” emerged. Her new friends: Pamela, a woman who used plastic surgery to improve her outer appearance;  Valarie, a self confident plus sized woman; and Cassie the low key intellectual each shared their personal tips on dating. Of course, this was after Leon.

This story is not about how Vashtai had to take her husband to court to get child support. This is not a story about a woman out to get revenge. This story is not even about how Vashtai found joy in caring for her children nor did she declare "Jesus was her man" as she lived the rest of her life celibate. This is a story about love, passion, victory and faith and how women overcome the crap that happens.

Marsha Randolph was born in Washington DC but spent her growing years in Prince Georges County Maryland. After the dissolution of her first marriage of which she gave birth to three children, she moved and eventually remarried. She lived in Montgomery County Maryland until 1998 until her husband retired and the family moved to Miami, Florida. She has always had a deep love of learning and after becoming an L.P.N. she first went to school to become an R.N. Though she knew it would be a lucrative field she also knew it wasn’t for her. Undaunted she made several other attempts at school, this time for business yet her heart wasn’t in this either. After taking a bible study course at Victory Christian Church International she found her true love: the Word. Over the years she has taken numerous bible based courses in which she has fulfilled the requirements of each particular program including receiving the various certifications associated with the class, she has never gone to Seminary. Despite her credentials as a ministry leader and her experience in both teaching and preaching Marsha realized she was not called to be preach. No longer nursing currently she: is the primary caregiver for a family member; Tax Professional and Independent Sales Rep. for The AIM Co., she also host an on-line shopping store. She continues to be active in her church, which in her words “gives me the balance I need.” Marsha writes biblically inspired reality based books.