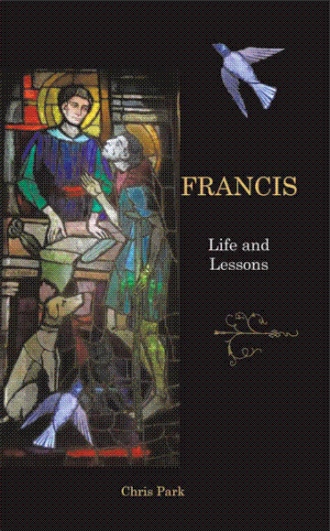 All the evidence demonstrates that Francis was an enigma. He was by all accounts a simple man but a complex character.

Francis was born into a family life of wealth and privilege, yet he chose a life of extreme poverty and simplicity. He walked away from a promising career in his father's successful cloth company and became noted for his asceticism, dislike of possessions, and total dependence on God to provide for all his needs. His early life was defined by hedonism and a carefree attitude to everything, yet he grew into a person of enormous religious conviction and spiritual focus. He was largely uneducated yet he became an effective and influential preacher and teacher with a simple but powerful message of the gospel of Christ. As an adult he preferred his own company and a solitary lifestyle, yet he developed a large brotherhood and built an enduring religious order and movement. He was noted for his humility and sincerity, yet for a period he was leader of the Order. He was so kind to others but so hard on himself.

His spiritual preference was towards prayer and contemplation, yet he dedicated his adult life to service and action. He was concerned about the spiritual state of the church, yet he never left it and always respected the authority of the church and its leaders, particularly the Pope. He was highly effective and successful in gathering people around him, but also very single-minded and isolated within himself. He was so poor in material terms yet so rich in spiritual terms.

Francis of Assisi, one of the most popular saints and the patron saint of ecology, is an enigma. He was born into a wealthy family but gave it all up when he felt called by God to live a life of extreme poverty. He dreamed of becoming a knight but ended up preaching peace and reconciliation. He sought spiritual solitude but found himself head of a large religious order. He was a radical but remained loyal to the Catholic Church. His life and works hold many lessons for us today, as we seek ways of living that are informed by the gospels and rooted in integrity.

As a former professor he published a number of academic books, mainly on environmental themes, including Caring for Creation (1992) about a Christian approach to the environment. Through that he discovered the fascinating but complex character of Francis of Assisi, whose life life and works offer valuable lessons for us today, no matter where we live or what we do.