What it means to all of us

by Carol B. Green 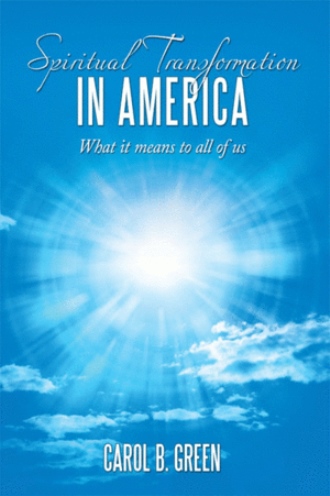 The term “conventional wisdom” describes ideas that are generally accepted as true. It also implies that many of the ideas that are accepted as true are untested. Under closer scrutiny, they don’t always hold up. Let’s not forget that prior to , the conventional wisdom was that the world was flat. Until Copernicus (1473-1543) and Galileo (1564-1642), the conventional wisdom was that the Earth was the center of the Universe. It is important to note that the new vision of the Universe that Nicolaus Copernicus presented for scientific consideration purportedly met with disfavor from the Catholic Church. In Copernicus’ day, the Catholic Church was the ultimate arbiter in these matters. In addition, Copernicus and Galileo lived during the period of the Inquisition. The fact that their views opposed official church doctrine put them in grave personal danger. For those unfamiliar with the Inquisition, it was a formal tribunal or investigation conducted by the Roman Catholic Church during the period of 1232-1820. Its purpose was to discover and suppress heresy or acts against sanctioned church doctrine. This is likely the reason that Copernicus’ research was only released shortly before his death. It is said that he was on his deathbed when he was given a published copy of his work.

Galileo’s experience was much the same. Galileo’s work was suppressed under the leadership of Pope Gregory XV; it wasn’t until after 1610, when Galileo began publicly supporting Copernicus’ thesis which placed the sun at the center of the Universe. In 1615 Galileo was denounced to the Roman Inquisition. At that time he was cleared of any offence. Nevertheless, the Catholic Church condemned the theory as “false and contrary to scripture.” Galileo was warned to abandon his discovery, which he promised to do. When Pope Gregory XV died and he was replaced with Pope Urban VIII, Galileo was confident that his work would be accepted by the Church, as Pope Urban VIII was trained as a mathematician. Things didn’t work out the way he anticipated. When Galileo later defended his views in his most famous work, Dialogue Concerning the Two Chief Systems in the World, the office of the Inquisition threatened Galileo with torture and possible death if he didn’t recant his proposition that the Earth revolved around the sun. The Church reacted quickly to the publication of Galileo’s book. Within five months Galileo was tried by the Inquisition, and found “vehemently suspect of heresy.” To save himself, Galileo offered the famous recantation of his work. He was forced to spend the rest of his life under house arrest. Additionally, he agreed to a negotiation that allowed him to continue his work on the Copernican theory so long as he treated it as a hypothesis. It is quite possible that the reason the Church reacted so strongly to his work was that they not only felt threatened by the findings, key decision makers in the Church believed that the concept of God’s omnipotence was threatened by Galileo’s work. There was also a concern that Galileo’s theory would destroy ethics and morality as defined by the Church. When reviewing the Church’s position in the context of the lifetime of Galileo, it is possible to conclude that the Church was not motivated by evil motives. Church decision makers possibly believed that they were protecting the population from an evil that might damage their definition of moral behavior.

During the same period, there was a growing counter force to the Roman Catholic Church’s position that would redeem Galileo’s work and make it available to much of the educated world. This was also the period of the Protestant Reformation. In Protestant countries, such as and , scientific inquiry was being supported and the results were being published, circulated and discussed extensively. This resulted in substantive interest in the work that Galileo had completed, as well as growing support for his conclusions.

The subject of “conventional wisdom” also brings to mind a contemporary interpretation of conventional wisdom. Robert Wuhl, a very funny and clever comedian, hosts a lecture in which he addresses young adults. It is both humorous and yet, very serious. It is frequently shown on HBO and is available from DVD sources. The subject of the lecture is the transformational influence of popular culture on history. It is entitled “Assume The Position”, and could easily be subtitled – “When the Legend Becomes Fact, Print the Legend”, as he uses the term frequently. It is most entertaining while integrating numerous examples of conventional wisdom into the presentation.

There is an earlier recorded use of this phrase. It was used in a classic and successful John Ford film entitled “The Man Who Shot Liberty Vance.” This film could be the origin of the phrase about fact and legend. The film was made in 1962 and here are the lines being referring to:

Ransom Stoddard: You’re not going to use the story, Mr. Scott?

Maxwell Scott: No, sir. This is the West, sir. When the legend becomes fact, print the legend.

In this chapter, and in much of the book, conventional wisdom as it relates to religion and spirituality in the will be examned. Does conventional wisdom in religion stand up to tests of accuracy? To make a determination, the book relies on research conducted by reputable and qualified independent, unbiased organizations and individuals.

Spiritual Transformation in —what it means to all of us

The United States is reported to be the most religious nation in the Western world. Nevertheless, major shifts are taking place in affiliation, observance, and practices. Exposure to different cultures, religions and spiritual practices is influencing what we think and what we believe. Tough questions are asked; contradictions are explored; conventional wisdom is challenged. Read and understand what is behind the dramatic spiritual and religious changes taking place in America.

Most religions have lost ground. Americans have become “freelancers“. They are exploring new faiths and new dimensions in spirituality.41 percent of Americans no longer follow the religion they were brought up in. Fewer belong to congregations The “Bible Belt” is less Baptist. The “Rust Belt” is less Catholic. Religions are using technology to reinvent services

There is more, much more to this story. Learn which church is losing membership at the highest rate. Discover which religions are gaining members and what is influencing their growth. Understand the generational gap in religious belief and practice, and what it means politically. The author asks the question that is often avoided: "Just what do we believe when we say we believe in God?”

“Carol Green has written a remarkable book covering every aspect of religion—from sex to astrology. Green challenges conventional wisdom and unveils contradictions. Her book raises critical questions about the role of religion and spirituality in our own lives. It also provides a comprehensive backdrop describing religion in America, where it is and where it is going. A must read for any educated citizen.”

Carol B. Green served as President/CEO of Weight Watchers of the Rocky Mountain Region, Inc. and Franchise Systems International, Inc. She was considered an authority on franchising, and has been quoted in the Wall Street Journal, Business Age, D&B Reports and many other publications. Her book, The Franchise Survival Guide, published in 1993, was a Fortune Book Club selection.

Ms. Green responsibilities included the oversight and supervision of marketing and market research in all companies with which she was associated.. It is this area of expertise that she brings to this book, Spiritual Transformation in America.

Mrs. Green has served on boards of directors of for-profit and not-for-profit organizations. She currently serves as Vice Chairman of First America Bank with operations in Sarasota and Manatee counties in Florida. She holds a B.A. in Economics from Loretto Heights College, where she subsequently served on the Board of Trustees. Loretto Heights College has since merged into Regis University.