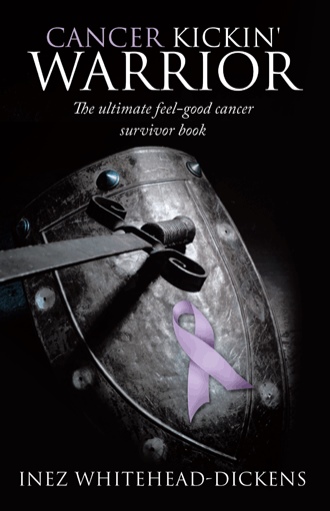 Never, ever give up

I am a cancer warrior. I am writing to share my story with you. Perhaps this story can help some other people. I am fifty-two years old. For the past twenty-five years I have been practicing podiatry in I was on staff of the old from 1982 until it closed. Ever since our Catskill hospital closed, I have been an attending physician at . For twenty-five years my family has lived in Catskill. My three daughters are proud graduates of CHS.

I grew up in Far Rockaway, , and I spent the summers of my childhood on the beach, swimming in the ocean, snorkeling, and getting sunburns. I never used sunscreen, and I never wore a hat. But I did have fun.

Let’s fast forward to 2003. Just before our twenty-fifth wedding anniversary, my wife noticed a small black dot on the top of my head. A biopsy showed it was melanoma. It was very shallow. The cancer was removed, and a “wide local excision” took off a large part of my scalp. Tests showed that the cancer had not spread. We caught it in time. I was safe, or so we thought.

One morning in October 2006 I coughed up a lot of blood. Tests showed a large tumor in the lower part of my left lung. The melanoma was back. A thoracotomy was performed at St. Peter’s Hospital in , and one-half of my left lung was removed. Scans showed that the cancer had not spread beyond the one lung. After the surgery I was evaluated at the and accepted into a clinical trial. They were going to give me an experimental drug designed to stop the melanoma from coming back. Everything looked great. I just needed one more scan before they could start. One problem—the scan showed a tumor in my brain. So it was back to St. Peter’s in December 2006 for brain surgery. The tumor was removed, the cancer was gone, and I couldn’t walk. My left leg was paralyzed. I went from St. Peter’s to in , and with lots of physical therapy I was soon walking with no problem. Things looked good until a routine scan a few weeks later showed some more brain tumors. It was time for three weeks of radiation therapy. Then the brain quieted down; however, there were more tumors in my lungs and other organs. So in April 2007 I was admitted to in for interleukin-2 treatments. One week in, one week home, then another week in. Suffice to say it wasn’t pleasant.

Things were quiet until June when some remaining tumors in my brain started to bleed. Back to St. Peter’s for another craniotomy. I tolerated that surgery well. Even though there was bleeding and more brain surgery, I came through without a neurological deficit. I could walk, talk, and think without any problems. A few weeks later I had some more radiation to the brain.

Now I’m traveling to Yale in , every few weeks for a new treatment. The saga continues.

What’s amazing is that I feel well (except for needing two naps a day).

What do I hope telling my story will accomplish? Well, first, I want to make sure everyone is aware of the dangers of the sun, even in the winter. You need sun block on the slopes as well as on the beach. Parents protect your children; make sure they always wear sun block and wide-brimmed hats. Don’t go to tanning parlors. UV light from the sun or from a spa can kill you. Next, get regular skin exams from a dermatologist or your primary care doctor. And if a mole changes in color, shape, or size, see your doctor right away.

Finally, I want other cancer patients to know that there are wonderfully talented doctors, nurses, and other health-care providers out there who can help you get through this. Don’t despair. There are great breakthroughs coming every day. The treatment that appears to be helping me now wasn’t even around a few years ago. Don’t be afraid to ask questions. It’s your body.

When I wrote to you three years ago, I said that I wasn’t a statistic and even though the life expectancy of someone with stage 4 melanoma was less than one year, I knew that some people survived, so why wouldn’t it be me. My perseverance has paid off. Thanks to a new drug called Ipilimumab, which I first received on Halloween in 2007, I am now cancer free. My oncologist told me the great news two months ago. Ipilimumab doesn’t kill cancer; it altered my immune system so that my body could find and destroy the melanoma cells. This drug is still considered experimental, but it looks like the FDA may approve it this year. You may have seen news reports about “Ipi” earlier this month. It is the first drug that has been shown to extend the lives of some stage 4 melanoma patients. The treatment isn’t pleasant, and it doesn’t w

When I was diagnosed with advanced breast cancer in 2001, I was frozen in time. At that time, the only thing I knew about any cancer, is that if you have it, you die. I agonized over things like, am I going to dwindle away and die a painful death? How do I tell my kids? Do I have enough time to get things in order? Who will take care of my husband? My mind went on and on. I looked for someone to talk to who had been diagnosed with my stage of cancer. When I couldn’t find any, I thought the worst. I was told that once people go through their ordeal with cancer, they don’t want to talk about it. I got on my knees and promised God that if he got me through this, I would become that voice.

Well he kept his end of the bargain, and I’m keeping mine. But the stories in this book are not just about me; they are about people who have fought and won their battles with every type and stage of cancer. In talking to them, I learned so much. The trauma one goes through from the beginning of the diagnosis to the end of the treatments makes it understandable that people want to forget it once it’s over. But the people in this book wanted to share their stories to let anyone going through this to know it is not a death sentence, and more important—there is life after cancer! Belief in God, positive thinking, and a strong support system will see you through any trial.

The stories in this book are also about the people who stand with us and fight for us in the battle against cancer. Without them, we wouldn’t survive.

So when you read these stories, look at not only the type of cancer they survived, but also the faith, love, and support they had. In some cases you will see how cancer changed their life for the better. So look at their lives post-cancer. Look at their strong, loving support system. When you feel depressed or feel like giving up, pick up this book and read one of the many inspirational stories. You’ll learn not to be afraid of cancer; only be afraid if you don’t do something about it. Then I guarantee, you too can become not just a survivor, but a Cancer Kickin’ Warrior!

Inez is a 9 year stage III breast cancer kickin’ warrior. Aside from her numerous charitable work, she writes a column called Cancer Kickin’ Warrior in the Catskills. She attended John Jay College of Criminal Justice, New York. She received her A.S degree from , and her B.S from Thomas Edison State College in . She enjoys spending time with her husband Mike, her beloved grandchildren and her dogs.

You can e-mail the author at cancerkickin@aol.com