Lost Boys of the Bronx

The Oral History of the Ducky Boys Gang 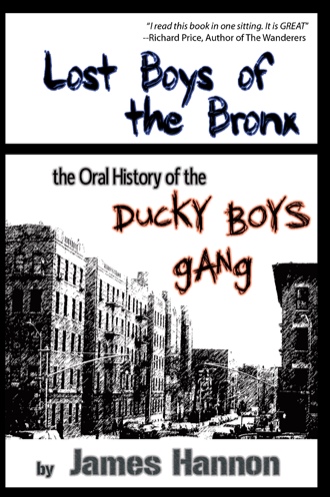 The origin of the Ducky Boys is a controversial topic, as there are quite a few different versions of how the gang came into existence. As you'll see, some of the stories are more “out there” than others...

Dick Manitoba's version of the origin may seem just a little far-fetched if you ask one of the Ducky Boy leaders.

What the f**k are you talking about? That never happened!

The actual Ducky Boys would tend to agree with Lenny, but this story shows just how much the legend of the Ducky Boys was exaggerated. A more realistic, although a bit romanticized, version, is this:

The Ducky Boys were formed in the beginning of the '60s. Four kids aged eleven to thirteen started to hang around in Bronx Park around Twin Lakes, which was eventually referred to as “the Ducky.” They were two sets of brothers - Jimmy and Frankie Byrne, and my younger brothers Biff and Jerry. And they used to fish, and ride their bikes around the lake.

There was another group of older guys and girls (eighteen to about twenty years old) who used to hunt birds and rabbits with slingshots in the park. I remember Bobby and Terry being in that group. They were teenage troublemakers with nothing better to do. These older guys started messing with the kids and eventually threw one of their bikes into the lake. The kids fought back valiantly, but the age difference was too much for them.

Janey V, a girlfriend of one of the older guys, felt bad for the kids and stopped the older guys from picking on the younger kids. The kids all developed crushes on Janey, and she would look out for them. From that day forward, she was dubbed the "Queen of the Ducky" and she called the kids her Ducky Boys. And it just grew from there.

One of the younger crowd of original Ducky Boys confirms Joe's account, but adds a morbid touch to how the gang got its name.

The tales of the origin don't end there. A Ducky Boy leader weighs in with this account: 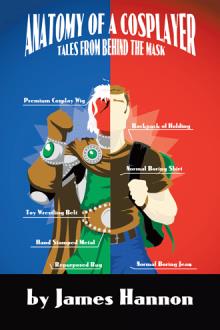 Anatomy of a Cosplayer
James Hannon
$23.95

Richard Price, Academy Award nominated screenwriter and mainstream author of The Wanderers says,
"I read through [Lost Boys of the Bronx] in one sitting - It was GREAT!"

Straight from the streets of the mid-1960s Bronx comes a book about one of the borough's most feared gangs - The Ducky Boys. While their unusual name alone might contradict their reputation, in the Norwood/Bainbridge section of the Bronx their appearances provoked an ominous dread. So much so, that when Richard Price needed inspiration for a terrifying gang in his novel (and later movie) The Wanderers, he knew exactly which gang to choose.

Lost Boys of the Bronx

tells the story of the Ducky Boys in their own words. It is a story of how a few pre-teen kids in the Botanical Gardens turned into a gang of hundreds - and a gang so alarming that rumors of their arrival would shut down local schools.

This is also a study of the mostly Irish Bronx neighborhood in which the Ducky Boys were born, and where so many of the Ducky kids got caught up in the tumultuous times of the '60s where their fierce loyalty was the only thing that got them through.

This is not your typical gang book. It neither praises nor demonizes the gang for the things they did, but rather simply reports what happened - warts and all. You'll see the truth behind the Ducky Boys' gang - their lives, their loves, their pranks and crimes, and so much more.

To borrow from a particular product's slogan - with a name like the Ducky Boys, you knew they HAD to be tough.

th Street and Briggs Avenue. Little did he realize that almost twenty years earlier, the real-life Ducky Boys, who would become so significant in his life after watching the Wanderers movie, were attending the same schools, hanging out in the same schoolyards, and trying to figure out what their next adventure would be.

Mr. Hannon is the director of the 2004 documentary “Out of Our Dens - The Richard and the Young Lions Story” about a 1960's garage band that came from a “20-mile radius of Newark, NJ” who became one of the greatest bands that nobody ever heard of.

He currently lives a stones throw away from the Bronx in central, New Jersey with his wife and cat.