Fact and Fiction Behind Too Big To Fail 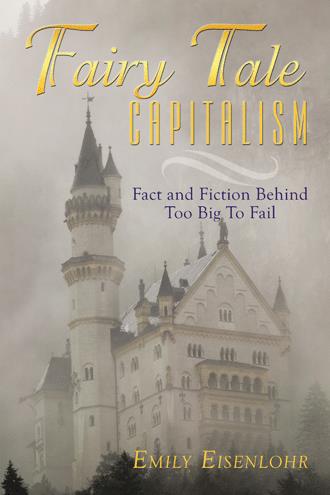 "The banks frankly own the place,” said Senator Dick Durbin, Democrat of Illinois, referring to the Senate itself. What refreshing honesty! He made the remark in a radio interview at the time that Congress was trying to make changes in bankruptcy provisions relating to home mortgage foreclosures. The remark was picked up in the press from the Huffington Post to the New York Times.

I'd heard a similar remark at an August 6, 2002, New York Society of Security Analysts conference after Enron's failure. One panelist, a highly-respected market strategist from a major investment bank, told another panelist representing corporate America that corporate America writes its own legislation. (He then joked that he probably wouldn't have a job when he returned to his office.)

Let's put some numbers on how their ownership is purchased, to follow Senator Durbin's point, starting with the Senate, the most powerful body.

“If something goes wrong, it’s going to be a big mess!” That 2004 warning came during the SEC’s approval of a new regulation intended to help investment banks avoid regulation. Confusing?

In 1998 the large hedge fund Long-Term Capital Management was close to collapse. The Federal Reserve deemed it sufficiently large to present systemic risk and organized a “rescue” by a group of its largest banks. No taxpayer money was involved, but the event caught the eye of Congress. Congressmen and government officials vowed that something needed to be done about financial risk and regulation.

Then Congress ignored LTCM’s lessons. Congress removed the barriers between investment and commercial banking in 1999. The following year Congress passed legislation that ensured that over-the-counter derivatives would not be regulated. Something else was going on.

The real history of the systemic bubble began at least ten years ago. The implosion of this bubble is far larger than LTCM with even more complex risks and financial instruments. This meltdown involved huge taxpayer-funded bailouts. The public is paying attention this time, but is Congress really dealing with systemic risk?

Many fictions surround the financial meltdown. Which political party is most responsible? Can regulators prevent another crisis? How do credit ratings play a hidden role? Can Congress tame systemic risk without shrinking big banks?

In simple terms Emily Eisenlohr guides Main Street down Wall Street, where finance meets politics. She provides both simple explanations for the less financially savvy and simple illustrations to show even the experts how systemic risk remains, making future bailouts a given. She believes you don’t need to trade derivatives or have a Ph.D. in economics to understand this little history.

Emily Eisenlohr lived the building of the systemic risk bubble. As a corporate banker, rating agency analyst and Chartered Financial Analyst she gained an inside view of global banking, investment management, risk management and credit ratings. In recent years she has been actively engaged as a public policy advocate, particularly in education finance.

Joining Citicorp in 1986, Emily was responsible for the profitability of Citicorp’s relationships with some of the world’s largest multinational corporations. These complex client relationships involved coordination among product specialists and other relationship managers in nearly 100 countries, marketing services as diverse and complex as derivatives, securitizations, commercial lending and off-balance-sheet structures.

In 1995 Emily assumed responsibility for an $88 billion portfolio of power sector credit ratings at Moody’s Investors Service. As a Senior Credit Officer she not only managed credit ratings in a deregulating utility sector, but was also nominated to a committee that communicated Moody’s rating process to the financial community. Emily was well regarded by utility executives, both buy-side and sell-side analysts and her Moody’s peers for her thorough preparation and her ratings advocacy. She also had a reputation for being willing to promote well-grounded contrarian views. She became a popular public speaker for her work on trading risk and its impact on credit ratings.

She lives in Connecticut with her husband and son.