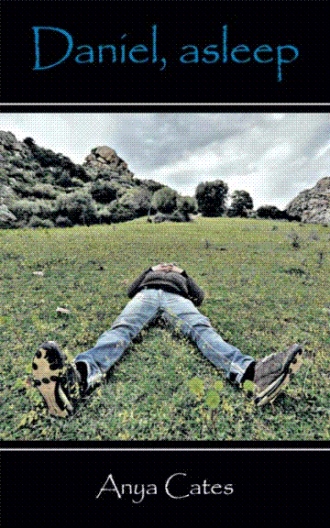 I take the frying pan off the cooker, turn around and nearly drop it. Daniel is standing behind me, pale and straight in my white gym shirt and my denim cut-offs, barefoot, hair still wet, his fists clenched into tight white commas at his side. Once again, I fail to read his expression. Disappointment, maybe. Anger, despair, and the resignation of a dog that's been kicked once too often.

"When are they coming?" he asks. The absence of inflection scares me more than any excessive emotion he might have injected into it, a whisper being more effective than a shout, and I take a small step backwards.

He moves in on me. "Don't piss me about. That phone call you just made."

I shake my head. "No, no, that was my friend Lissa. I was supposed to meet her. I've called off."

"You told them I was here."

"Of course I didn't. Jesus, Daniel! Did you really think I would call the police?"

"You said You'd best hurry, otherwise he'll have left. Your own words, Marie. I fucking heard you!"

And so it starts: the misunderstandings and the recriminations that are based on knowing only one side of the story. I know what it feels like; I've been there for eleven years. I wonder about the mental territory he's inhabiting, I've tried to imagine what it must be like to live with his level of fear, his paranoia and his guilt, but I can't really emulate it and I don't want to presume for him.

In my head I go over what I said to Lissa. It's difficult to think straight with him leaning in over me: as though one needs physical space for mental process.

"I wasn't talking about you, I was talking about the personal trainer at the gym. His name's Alejandro. Lissa has the hots for him, but he's gay as a lark." Where did that simile come from? "He only does the early morning sessions. I think he's a dancer or something, daytime rehearsals and all that. He always leaves the gym before ten. I think Lissa forgot." I'm talking too fast; I hear the desperation to convince him in my voice and slow myself right down. "Oh, whatever, it's irrelevant. Look at me, Daniel. I didn't call the police. I didn't. I really didn't."

He says nothing. He's right up against my face, and on my back I feel the heat coming off the cooker he's crowded me against. For a sliver of a moment I think he's going to hit me or something, but because he smells of soap and my green apple conditioner it saps the emphasis from his intimidating stance in an odd way: as though the intention and the fresh, crisp scent don't go together. I clear my throat which has become tight.

"And I didn't tell Lissa, either. If you don't believe me, just go. There's the door. I won't try and stop you. Get out now and don't come back." Some of the hurt I feel at his distrust spills over into my voice, I can hear it turning whiny and shrewish and I hate myself for this non-negotiable need I have for him to believe in me. Our insecurities have a nasty habit of mugging and demeaning us. "Just answer me one thing, Daniel. If you really thought I was going to rat you out, why did you come to me in the first place?"

Abruptly he vacates the space he's invaded by slumping down on the single kitchen chair, relinquishing his height advantage.

"I don't know," he says, and he sounds almost bewildered. "I didn't know where else to go. I'm sorry, Marie. I just needed to sleep. I guess I was acting on instinct."

"Thanks for the glowing endorsement."

He has the grace to look ashamed, just a little. "Why didn't you?" he asks.

I've been asked this question - or variations upon it, strictly speaking - so often before, and yet no-one seems to want to accept my reply, which is simple. I love him. I always have.

Yes, it's facile. It's self-indulgent and destructive, possibly whimsical, and deluded. It is childish and plain unwise, it's exuberant and irrational, it is all that and whatever other adjectives have been piled upon it, hundreds of them, perhaps thousands - not all of them negative, far from it - in the course of history and literature, even in the Bible, "patient and kind, never boastful or conceited" and so forth. The greatest heroics have been performed in the name of love, the most astonishing acts of selflessness - and also, it has to be said, of crass stupidity. The most heart-warming stories told, the most humiliating dramas displayed.

And the most unforgiveable crimes committed: yes, that too.

Why would a woman risk everything

to protect a wanted criminal?

Late one summer evening, Marie returns to her Cambridge home to find her childhood friend Daniel Brydon taking refuge in her house, unkempt, injured and on the run from the police, and she finds herself facing an impossible choice.  If she decides to help Daniel, she will cross all acceptable moral boundaries, alienate her friends and family and become a social outcast.  If she abandons him, she will never be able to forgive herself.

Over the course of the next few days, as she struggles with her conscience as well as with the unwelcome attention of the police and the press, Marie comes to accept she may never learn what really happened on the fateful night Céline Dujardin disappeared…

Anya Cates was born in Germany and grew up in Johannesburg, South Africa, where she graduated with a Bachelor degree in English, German and French, as well as attaining a post-graduate Higher Diploma in Education.  She now lives in Hertfordshire, United Kingdom, and still spends a lot of her time trying to get the travel bug out of her system.

Daniel, asleep is her first novel.