Chronicles of the Renásu Guild: Book I 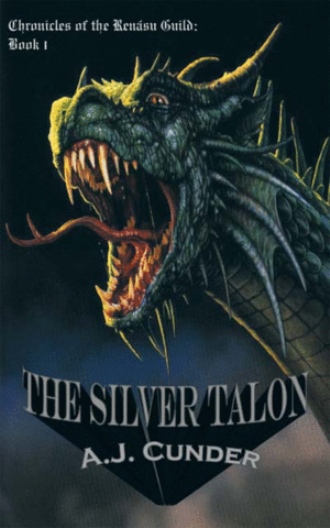 The king paced across his throne room, his muscles twitching. In his hands he held a scepter, almost two yards long and carved from polished redwood. Several minute fissures had formed in the wood, but they had been filled in with streaks of molten gold. The king looked at the Scepter gleefully. His finger traced the runes along its surface, and his eyes lingered on the gold embellishments. The silver symbols pulsed as his hand ran across the length of the instrument. “Today will bring me one step closer to absolute power!” he whispered feverishly. The throne room doors banged opened, and the king wheeled about to face his soldiers as they dragged a prisoner between them. One of the soldiers, a captain by the look of his uniform, spoke, “Great Master, it took fifteen Men to subdue him, and one of your Morgat, as well.” The Morgat, dressed all in black with piercing red eyes, stepped forward and hissed, “Silence! Do not speak unless spoken to!” The creature raised a hand to strike the soldier when the king stopped him. “No, Mythas. I am in a generous mood today. Happy, you might even say. The captain may speak whenever he wishes.” The king’s eyes were not on the creature, though. They were riveted to the prisoner still struggling against the soldiers’ bonds. The Morgat froze, and then lowered its hand. “As you command, Great Master of the Night.” It stepped aside as Contemno approached. Tapping his fingers against the Scepter, the king looked at the man as he was forced to his knees. The prisoner wore a brown shirt with sleeves that covered his wrists. His hair was blond, and his eyes were blue-green. Contemno reached down and pulled up the man’s right sleeve, revealing a silver bracelet circling his wrist. The king smiled. “So, the old man was right,” he mused. “Or, rather, his memories were right!” he chuckled. The soldiers all dutifully joined in the king’s laughter, though the Morgat remained silent. The king looked at the Scepter, and then back at the prisoner, whose hair was long enough to obscure his eyes. “Do you know what this is?” Contemno asked. When the man remained silent, the king grabbed him by the hair and wrenched his head backward, holding the Scepter inches from his face. “Of course you know what this is, Summoner.” The prisoner spat, his mouth turning into a snarl. The captain struck the prisoner across the face. Contemno watched as a trickle of blood dripped from the corner of his mouth. “You know what I need,” he said. “I have this Scepter, capable of summoning all dragons, living and dead, bound to my command!” He breathed deeply. “But there is a problem.” He exhaled. “With the cooperation of the old man who was here before you, I learned that I need several things for this instrument to work. I need the blood of a living dragon and Ryù,” the king spat out the name. “That is barely out of my reach at this time. But I also need something else. I need the Summoner of Dragons to speak the incantation to activate this Scepter.” He smiled broadly. “And now I have him!” A laugh spilled from his lips. “Your creature killed my wife!” the prisoner screamed. “I would rather face all the torture in the world than speak the summons for you.” Contemno stopped laughing and shrugged. “No matter. The old man was defiant as well, but I discovered a new way to extract information when it is not given willingly. A rather complicated and painful method that I would prefer not to use, but if you force me to, I will not hesitate.” The prisoner smiled wildly. “Try,” was his only word. 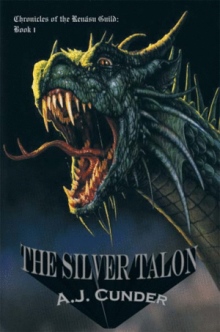 Arius is the apprentice of a merchant. But when the legends he believed only as stories begin to unfold around him, he quickly becomes something more. From the snow capped peaks of the Rondail Mountains to the enchanted elven city of Sartanae, Arius journeys through Farahdin with his dragon, Guardus, fighting for a cause he believes is greater than any one being—restoring Farahdin to its former glory, a prosperous land where all forms of life can live harmoniously. That harmony once existed under the Ryù, when they were led by the elf Navarro and the dragon Faleor. But after Navarro and Faleor went missing, the Ryù fought amongst themselves for power. The sorcerer Contemno saw an opportunity to usurp Farahdin’s benevolent ruler and took the throne for himself. With his increasing power, he stole a magical scepter from the elves that can be used to control the dragons, living or dead. With this threat against the inhabitants of Farahdin, Contemno shattered the peace that once blanketed the kingdom. The shards were left broken for almost a hundred years until a dragon egg hatched for a merchant’s apprentice and thrust a young boy into a world of perils. With only Guardus and a small band of friends by his side, Arius must learn to navigate the dangerous realm of magic, legend, and betrayal, or Farahdin may fall to a fate even worse than Contemno.

A.J. Cunder was only sixteen years old when he began working on the first draft of The Silver Talon. His great love of fantasy worlds inspired him to craft his own so other readers like him could sit back, relax, and journey to a realm of magic, dragons, and unimaginable reality. He loves anything to do with medieval times (especially sword fighting and knights) and gravitates towards books that incorporate such ideas into their plots. He has a black belt in Tae Kwon Do, and in his free time, he practices sword fighting with his friends to get a better idea of what his characters go through in their own battles. He currently lives in Morris County, NJ and attends Seton Hall University. When not writing or studying for school, he devotes his time to serving his community as a volunteer fire fighter.