The How and Why of UFOs 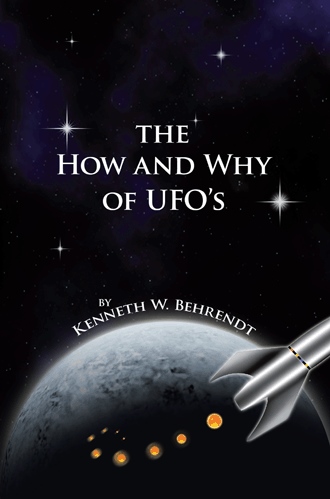 If one takes the time to interview members of the scientific community with regard to their beliefs about the topic of UFOs or “flying saucers”, one will generally obtain two distinct viewpoints from them. Some will accept the physical reality of extraterrestrial UFOs because they or someone whose word they trust has personally observed the maneuvers of these obviously technologically advanced vehicles while others, representing the majority, flatly reject, based upon our present understanding of physics, the possibility that alien beings could be operating any sort of craft in our Earth’s skies. However, that second rejecting opinion also requires the skeptics to believe that all alleged UFO sightings could, if we only had all of the facts in the cases, be dismissed as merely misperceptions of natural or conventional phenomena, hoaxes, or hallucinations.
Upon further questioning, one will discover that the disbelief of the skeptical component of the scientific community generally comes down to two main issues; that is, they base their denial of the possibility of a physical UFO reality upon:

a.) The fact that Einstein’s Theory of Relativity does not permit material objects (that is, those possessing mass such as a spacecraft and its crew) to travel in excess of or even at the velocity of light (which is about 186,000 miles per second) and, since this must be the case, this limitation would require an alien crew engaging in space travel at currently achievable earthly spacecraft velocities to spend hundreds of thousands of years within the confines of their craft as they crossed the immense gulfs of space that separate even the closest of star systems within our Milky Way galaxy. These kinds of extremely prolonged travel times would, therefore, certainly seem to make any sort of practical interstellar travel so improbable as to be impossible.

b.) The immense power levels (such power levels being on the order of tens of millions of horsepower!) that would be required by these objects in order for them to execute the rapid accelerations claimed for them in the UFO sighting reports are far in excess of what is currently achievable with conventional earthly vehicle propulsion systems and probably never will be attainable. Even if one tries to rationalize such enormous required power levels by equipping an imagined extraterrestrial vehicle with nuclear engines of some sort, there would still be additional objections to the use of such a propulsion system. Not only would crew members have to be protected via heavy shielding from a nuclear reaction powered engine’s deadly radiation emission, which the crew of a compact craft would be in continuous close proximity to during its operation, but, in order to hover or move rapidly about a planet’s atmosphere, a massive metallic UFO weighing tens to hundreds of tons would also have to carry and then expel huge quantities of matter from thrusters built into its hull. However, in the vast percentage of UFO sightings on record, such an expulsion of matter was not observed. Indeed, most UFOs appear to move about in our atmosphere with no apparent means of propulsion whatsoever!

After a skeptic has outlined the above two justifications for his disbelief in the actual physical reality of the UFO phenomenon, he may additionally point out that, even if the technically miraculous propulsion system required to overcome the second objection above could be achieved and a UFO’s crew protected from any radiological hazard during its operation, there would still remain the problem of protecting a crew and their craft during flight from being torn to shreds as they periodically experienced propulsive thrusts that produced accelerations in the range of hundreds of g’s. Prolonged exposure to the inertial force one experiences with a 100 g acceleration (which for straight line accelerations is equivalent to an increase in one’s velocity of about 3217.4 feet per second at the end of each second of travel and which during the acceleration causes one’s body weight in the direction opposite of the direction of travel to increase by a factor of 100!) would be sufficient to kill all human vehicle pilots. At this point, the skeptic will simply rest his case against the physical reality of the visitation of Earth by extraterrestrial UFOs and a believer in such a reality may find himself hard pressed to deny the logic of the skeptic’s objections.

Fortunately for the science of ufology there is a single weakness in the skeptic’s logic which can easily allow all of his objections to the reality of the UFO phenomenon to be overcome. In posing the previous objections, the skeptic tacitly assumes that UFOs, when in operation, possess normal mass as do our present day earthly air and spacecraft. It is just this assumption which I am suggesting is totally false when it comes to evaluating the possible propulsion systems that would be required for the demonstrated performance capabilities of the many extraterrestrial craft observed maneuvering in our planet’s atmosphere. 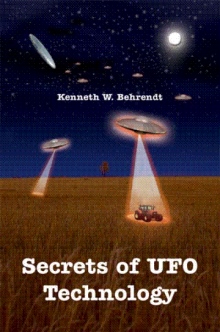 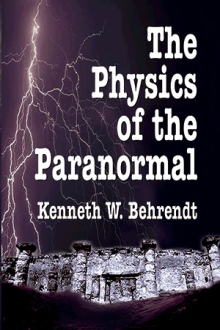 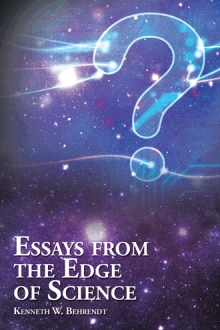 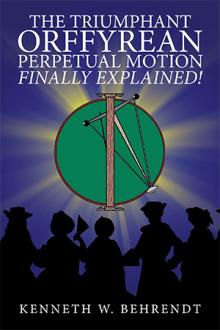 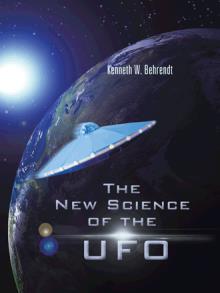 The How and Why of UFOs is the much anticipated sequel to Kenneth W. Behrendt's previous groundbreaking work on the subject, Secrets of UFO Technology.

The present work begins with a detailed review of the revolutionary anti-mass field theory explanation for UFO propulsion and its secondary effects which is critical to understanding how these craft can easily overcome the usual limitations imposed by gravity and inertia upon our present massive earthly air and spacecraft. This cutting edge theory is then applied to several classic UFO cases to provide previously unsuspected insights into them. Even the often overlooked topic of small automated alien probes is explored as a highly detailed probe case, personally investigated by the author, is presented and analyzed in order to reveal the amazing interior structures of the object sighted.

After providing an analysis of the planets of origin of advanced spacefaring extraterrestrial beings, the possible reasons for their visitations to our Earth are considered. The author then goes on to describe the most likely biological mechanism behind the mental telepathy process that is the principle mode of communication for most extraterrestrial beings and even suggests a variety of simple methods that might actually allow human researchers to communicate with the alien pilots of the UFOs now operating in Earth's atmosphere!

All of this is only a small sample of the many intriguing topics awaiting the reader in this abundantly illustrated volume. The many revelations found in The How and Why of UFOs are sure to delight and intrigue any student of ufology who wishes to explore this fascinating subject at its very deepest level.

Kenneth W. Behrendt has been a lifelong student of phenomena in the fields of ufology and the paranormal. Although professionally trained as a chemist, he has been investigating and writing about the UFO phenomenon since the early 1980's. He has had several personal sightings of UFOs during his lifetime which have convinced him in the reality of these objects and considers their study to be of great importance to humanity.

He currently resides in suburban New Jersey where he continues his researches in the areas of ufology, paranormal phenomena, and free energy physics.