GOD and the Philosophy of Explanation 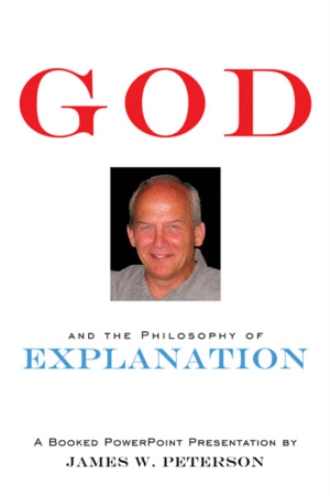 It is only under the real alternative that we can talk about knowledge. Knowledge exists in reality; it does not exist in or within a human brain.

Knowledge exists absolutely; the objects of reality exist physically. Their existence is what we call knowledge. It is the existence of the absolute nature of physical reality that is called knowledge. Knowledge is not what physical reality is, knowledge is the absolute nature of its existence. The knowledge necessary for a human mind to explain what an object is and what its relationship to and with it is; is possessed by the object.

To test this premise: Look at an object – now close your eyes. You now understand this premise. Its knowledge is no longer sensually available to your brain. Your brain on longer knows that it exists. This test verifies that the knowledge necessary to explain what that object is and what your relationship to and with it is - is possessed by it. Your brain may remember its sensual experience with knowledge but that is not the same as sensually knowing that that knowledge actually does physically exist.

NOTICE: To state that one’s brain knows that something exists does not imply; as if by the law of necessity, that one’s brain has become; or can become, conscious of what it sensually knows to exist. 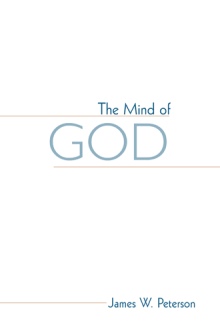 He discovered that the purpose and course of his life is determined in the same manner as yours. It matters not who you are or what your particular circumstance is. It doesn’t matter if you have lost a child to death. It doesn’t even matter if you have children. It matters not if you are a murderer or a saint; gay or straight; male or female; first world citizen or jungle savage; plant or animal. The purpose for living is the same for all living things. A rather intriguing claim isn’t it?

If one has experienced the death of a child Mr. Peterson’s experience is not different from one’s own in any important way. But the story of how he came about his particular experience probably is. Mr. Peterson says that his friends comprise a very special society of humans, they are parents of children who died before they did; it is-not supposed to happen that way. But because they did lose a child to death he says they are experts in the field of pain and grieving. They are not proud of the knowledge they have gained but they realize they have gained knowledge of what life is and how it actually operates that can be achieved in no other way. They have experienced the very worst pain a human-being can experience - and remain alive.

Mr. Peterson uses his unique experience to guide his readers through a complex series of intellectual challenges with the ease of a master sculptor.

Mr. Peterson is a self taught philosopher. His view is that everyone wants to understand the philosophical founding governing of what a proper human existence is and requires right here on earth. They want to understand this because they have a natural curiosity as to whether they fit into that definition or not. They may not be sure they are going to like what they discover but they want to know anyway just in case they might already be doing the right kinds of things for the right kind of reasons.

Being a natural problem solver; Mr. Peterson holds a MS degree in Mechanical Engineering from Michigan State University, he is well suited to apply his problem solving ability to the most serious issues facing human beings. And yes contrary to the beliefs of most of the 2010 republican Presidential candidates, that does cover a period greater than six thousand years.

Having experienced the absurdity of organized philosophic instruction as offered at the undergraduate level, Mr. Peterson purposefully avoided any further contact with that kind of philosophy nonsense. However at thirty-nine years of age Mr. Peterson faced a mind altering experience. In August of 1980 he watched his ten-and-a-half year old daughter Kristin die. He did not understand how to respond to “what in the hell had just happened?”

He cried every single day for the next twenty years until he was able to figure it out. And it is philosophy that provided him the language he required to do that. He did not know at that time what the name of that philosophy is. That was December 1999. It has taken until now for him to advance his use of the human language to the point where he is able to explain it to others.