The game, the team and the dream behind the rise of JMU football 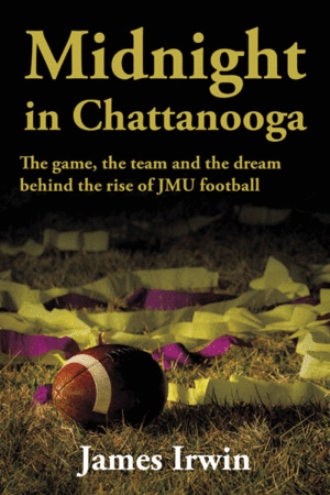 Mickey Matthews was still fuming as the Dukes broke the huddle on second down. Rascati faked an end-around to Antoinne Bolton and settled into the pocket. Downfield, Boxley and Bolton ran pass patterns into the end zone. The JMU line held strong but Rascati had no open receivers. He motioned to Boxley, slid to his right and stepped up to throw. Three yards in front of him, Montana defensive tackle Kerry Mullen broke into the backfield and charged at the Madison quarterback.

The sheer mechanics of throwing a football leaves a quarterback completely open to a big hit. Rascati, with his deliberate, over-the-top motion, was exposed as he pumped to throw. No one was open and he heaved the ball through the back of the end zone. A split-second later, Mullen jumped into the air, swung his right arm around and caught Rascati with a punch to the facemask.

The recoil snapped Rascati’s head back like a bobblehead doll and sent the Madison quarterback to the ground. The pass landed out of bounds. The penalty flag landed a few yards away from Mullen, who, in the heat of the moment, had completely lost control. “I couldn’t believe it,” Durden later said. “I kept saying, ‘This guy needs to be ejected.’ The kid threw a punch and he should have been thrown out of the ballgame. That could have changed everything if he knocked [Justin] out.”

In the Finley Stadium pressbox, writers strained their necks toward the two small corner TV’s to catch the replay. On the Montana sideline, a frustrated and stunned Bobby Hauck stared in disbelief before removing his headset and motioning for Mullen to come out of the game. The hit was so surprising that it caught almost everyone off guard. Matthews and Dudley later admitted they didn’t see it until they watched film the following day. Mike Barber said the play shocked him. “The game didn’t have that flavor to it,” he explained. “Sometimes you’re sitting in the pressbox and you’re waiting for something to happen because you see it building on the field. This wasn’t one of those games. At no point was anyone expecting someone to take a shot at Justin.”

Instead of third-and-goal from the 13, the Dukes now were awarded a first down at the Montana six. In the JMU huddle, Rascati’s emotions had taken over. His normally reserved demeanor had snapped into overdrive after the previous play. Rascati barely realized what had happened; to him it simply was a late hit to the facemask. He wouldn’t fully understand until long after the game. Yet he was visibly pumped up, as though he wanted to make the Grizzlies pay for Mullen’s costly mistake. “I remember leaving the huddle and thinking I wasn’t going to be stopped,” he later said.

The Dukes walked to the line and Rascati pointed toward the Montana defense. “You guys just lost the national championship,” he is believed to have yelled. And then Rascati boldly cut through the middle and raced into the end zone for his second touchdown run of the night.

During a five-year stretch in the middle of the decade, the James Madison Dukes emerged as one of the elite programs in FCS football. Behind a confident coach and an established recruiting pipeline, the Dukes steamrolled their way to four playoff appearances, one national championship and a 49-15 record from 2004-2008.

The origins of this run, however, began much earlier — in critical moments and decisions made during a long rebuilding effort. Madison football had most recently been marked by poor attendance, young players, mediocrity and tragedy when the 2004 season opened. And yet there also existed a foundation of camaraderie, purpose and talent — the building blocks of a successful program. As the ’04 season got underway, the backdrop of an embattled coach, a quarterback controversy and a family in pain gave way to thrilling plays, comeback victories, and a historic run that changed the future of the program.

In Midnight in Chattanooga, James Irwin examines the disparity between the pre- and post-championship landscapes of JMU football, giving readers an exclusive look at the pivotal season — and game — that catapulted the Dukes to the upper levels of the FCS arms race. Fortunate to cover the Dukes throughout the 2004 season, Irwin weaves through a powerful story of a group of men on the doorstep of their first championship, the friendships they developed, the tragedies they overcame, and the community that embraced them.

James Irwin is a 2006 graduate of James Madison University. The New City, N.Y. native covered the 2004 JMU football program as the sports editor of the Madison campus newspaper, The Breeze, and as a freelance reporter for the Harrisonburg Daily News-Record. He currently is the sports editor of The Washington Examiner.