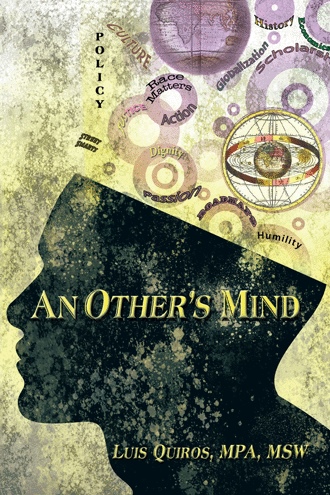 During 1964–66 I took a shot at college by attending a public community college in the Bronx, part of the City University system. Without guidance I knew of no other places to apply. I only knew of forms to complete. While a student, I discovered a true liking and respect for history, philosophy, and engagement with people who weren’t catholic. The respect gained from these two courses and engagement of “new” people with different thoughts was the first time I had ever gone out of the way to find literature that was not required reading. Sometime during 1965–67 I also came across the work Dr. John Hope Franklin and his history book Land of the Free. Immediately, I noticed this nation’s etiquette as being disturbingly different from what I had been taught. Words from this book invited a temporary satisfaction that other history books could not provide: “We do not want a government that gives favors to a select few. We agree that there should be no such thing as a second-class citizen. With a boatload of men from each of the ships, Columbus landed… in the New World.” Prior to Dr. Franklin, Martin Luther King Jr.’s “dream,” and his alignment with nonviolence against armed citizens, police, dogs, and water cannons seemed too passive for me. Malcolm X, from my Harlem neighborhood, seemed too revolutionary at a time when I was still trying to figure it all out. James Baldwin, also from Harlem, entered my life before I learned to ignore the myths attached to people with different sexual orientations. Dr. Franklin’s work, however, touched me where I needed to change. That is, I needed to start learning history so I could ask better questions, beyond those associated with liberty and equality, and more about the hows, whens, wheres, and whys the preservation of the White ruling class had become the priority and catalyst for, among other things, the manipulation and distortion of history. Too late was I able to grasp my Puerto Rican grandfather’s words, “No sabia que yo era negro hasta que llegue a este pais”—I was unaware I was Black until I arrived in this country. Too long to understand the words of James Baldwin, “I am only Black because you think you are White.” Both men taught me that the melting pot was a myth developed to delay civil disobedience. Black and Brown always meant poorer, as in opportunities; White meant richer, as in access to more important things than country clubs; Black and Brown means prisons. Being Latino or Black meant that making a move toward social and economic success would increase the risk of encountering more emotional stressors. It took the years of 1964–67 to learn that it was time to be smarter about life. I also wasn’t going to be one the guys who would allow the Army to teach me. The racial violence in this nation and in Vietnam told me that the military would keep me a stranger to myself while putting me in harm’s way. My goal was finding out who I was and what I was about at a time in this nation’s history when it was best to know. On February 21, 1965, I received confirmation about how important this thinking was. After a treatment for asthma and allergy tests, I left the Medical Center 168th Street and Broadway and witnessed chaos and felt a pinch that told me I’d better get smart even faster. I let the number four bus go by a few times after hearing, “Malcolm X is dead.” I recalled his “high risk” speech, “The Ballot or the Bullet,” two months before I graduated from high school: “I’m nonviolent with those who are nonviolent with me. But when you drop that violence on me, then you’ve made me go insane, and I’m not responsible for what I do.… Any time you know you’re within the law, within your legal rights, within your moral rights, in accord with justice, then die for what you believe in. But don’t die alone. Let your dying be reciprocal. This is what is meant by equality. What’s good for the goose is good for the gander …” The daily scores of dead and beaten Black people around me served as a reminder that I would be one to make a decision and find the role I would play. I was confident that those violating the nation, those doing the killing and the plundering were not who I would stand with. 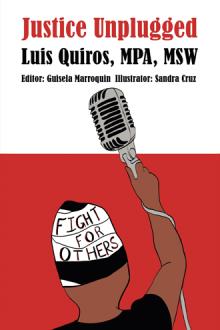 “An Other’s Mind” is a landmark and brilliant piece of research on Social Policy and its relationship with covert and overt institutional racism. Professor Quiros addresses everyday racism in corporate America, not-for-profit agencies and academic settings. It is written with a combination of depth and clarity of the haves and have not’s. He gives clear examples of discrimination, oppression and poorly integrated aspects of self and proposes ways we can arrive at a more clear-eyed vision of a truly democratic nation. His building blocks are historical theories and live case studies of various situations that demonstrate both the tragedies of omission and neglect perpetuated by the elites in our society. Quiros’ passionate and intra-psychic experience in conjunction with his detailed research, evident in our everyday lives as he presents it, is a real “eye-opener” for the United States and its myriad of cultures and people. Maria Muñoz Kantha, PhD, LCSW is an activist, educator and Mental Health Consultant in NYC

Born of Puerto Rican blood, raised on the streets of Harlem, author Luis Quiros has striven throughout his life--as a scholar, activist, community organizer, social commentator and educator--against the pro forma marginalization of himself and others. Yet he has never forgotten his humble roots, has never strayed from those who are struggling and at risk; ever remaining a friend and tireless advocate for every person's right to his own dignity, humanity and hope for the future. An award-winning professor of sociology, Vice Chair of the Lower Hudson Valley Civil Liberties Union, four-term Board Chair of the Westchester Community Opportunity Program, Quiros holds Masters degrees in both Social Work and Public Administration as well as a Bachelor's in Business Administration, all of which when combined give him a multifaceted perspective on social justice issues and the efficacy of public policy.