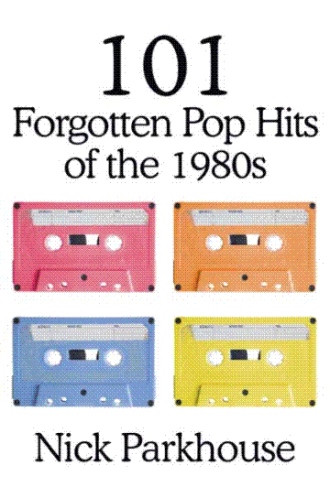 I've often found it strange how frequently the term `pop music' is used in a negative sense. Somehow the notion that a record is categorised as `pop' means it is looked down on as a poor relation with the intimation that there will be an absence of quality and/or talent involved.

Frankly, I think this is poppycock. The enduring success over recent decades of artists like Kylie, Take That, Westlife, Will Young, the Spice Girls and Madonna, and (I hate to use the term) `revival' of pop music recently with the likes of Mika, Leona Lewis, Britney Spears, Lily Allen and Lady GaGa means the genre has never been more popular or successful.

The purpose of this book is to celebrate some of those pop records from a great decade that have been buried in the great landfill of time.

When presenting on University radio in the late 1990s, and on the odd occasion someone has been daft enough to invite me to DJ a function or pub/club night, my aim has always been one thing: I have always wanted to play records that make people stop, however briefly, before their brain searches its filing system in an often futile attempt at recollection. I love the phrase “God, I haven't heard this for ages!”

I have been to plenty of Eighties nights and clubs in my time. Many of my friends would tell you the number is unhealthy for a man of my years, but I'll leave that open to interpretation.

My biggest gripe with them is that there seems to be a rigid 80s playlist developing of songs that attending punters are expecting to hear. And, more worryingly, there doesn't seem to be any significant deviation from this list. There are a dozen or so songs that a DJ might as well tick off as they are played.

The 1980s was a fantastic decade for pop music with hundreds of memorable songs. This book is intended as testament to the `forgotten' songs of that era. That is why you won't find Tainted Love in here, or Wake Me Up Before You Go-Go or Don't You Want Me? Neither will you find The Reflex, Relax or Karma Chameleon. Don't get me wrong, these records are superb pop singles in their own right but overexposure and their already-secured spot in the public consciousness eliminates them.

So what is included? I'll be honest - it's shamelessly arbitrary. Firstly, I have tried to ignore any record which I consider is already part of the 80s furniture. That doesn't mean I have avoided big hits - there are twelve number One records included - but I have tried to avoid the giant behemoth 80s records played week in, week out at weddings and birthday parties up and down the land.

Secondly, I have tried to exclude anything I don't consider pure `pop' music. This was more difficult to define. It's easy to take out `rock' music and so, for example, Van Halen's Jump, Huey Lewis' The Power Of Love and John Farnham's You're The Voice - all great records - were eliminated. I also excluded `dance/rap/hip-hop' music (ignorantly lumping together three utterly discrete genres) and that did for M/A/R/R/S Pump Up The Volume, Grandmaster Flash's White Lines and Soul II Soul's Back To Life.

I then tried to omit anything which had a purely novelty feel about it, even if it were a decent enough record. I couldn't therefore find a place for Russ Abbott's Atmosphere, Anita Dobson's Anyone Can Fall In Love or the Firm's Star Trekkin' (all brilliantly kitsch records in their own way).

Finally, I tried to avoid anything that was too obscure. Whilst I love the phrase “I haven't heard this for ages!”, I hate the phrase “what on earth is this?”. I therefore owe `sorries' to many, including Westworld for their great Sonic Boom Boy, to Dream Academy for Life In A Northern Town and to Robbie Nevil for C'est La Vie.

My biggest problem, and I don't mind admitting this, was whether to include Dennis Waterman's I Could Be So Good For You. The original `write the feem choon, sing the feem choon', it's a great single from, let's be fair, a great TV series. I agonized over it, and decided it probably wasn't quite `pop' in its truest sense. Sorry, Dennis, it didn't make the cut.

So, what's left is a selection of 101 of the finest pop singles of the decade: some might be staples in your house and not `forgotten' at all; some you will no doubt have no recollection of whatsoever and wonder whether you were living in a parallel universe. You will no doubt clamour for the inclusion of omitted tracks and question my inclusion of others. And so it always will be - pop music will divide, but it will ultimately rule.

The 1980s was a memorable decade for music. Many of the biggest hits from the era are now regarded as modern standards, played at weddings, parties and on radio stations the world over.

Whilst the decade threw up some of the most iconic artists and well-recognised songs in music history, it also produced hundreds of hidden gems; songs which were big hits at the time but have not enjoyed the same level of radio airplay and exposure over the last quarter of a century.

101 Forgotten Pop Hits of the 1980s aims to remedy this and to jog the nation's memory about all those fantastic pop records of the decade that have been criminally sidelined through the passing of time. With twelve number One singles and over eighty further top Ten hits included, this book champions those silver and gold selling records, none of which are obscure and all of which deserve their place in the 1980's Pop Hall of Fame.

From sharing cigarettes with Johnny Hates Jazz in the car park of the NEC to appearing on the same bill as Tony Hadley, Nick Parkhouse spent two years meeting and interviewing the artists, performers, musicians, writers and producers that shaped the pop landscape of the decade. 101 Forgotten Pop Hits of the 1980s is the definitive guide to the great music that inspired a generation.

Nick Parkhouse is a writer and broadcaster. His work has appeared in The Times, the Mail on Sunday and The Independent and he also makes regular appearances on the BBC and other radio stations.

Trained in politics and financial services, Parkhouse worked as a senior manager before turning to writing. He now works on a freelance basis for a number of major international clients. 101 Forgotten Pop Hits of the 1980s is his first book.

Parkhouse also presents a local radio show featuring classic 1980s hits. He is regarded as one of the UK's leading authorities on popular music from this decade.

He lives in Nottingham with his wife, their four cats and, regularly, a smart child named Madeleine.