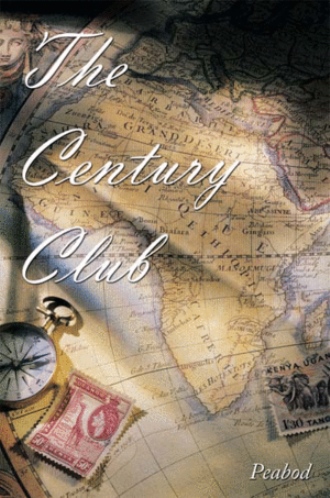 is the modern day equivalent of fulfilling the exploits of Phileas Phogg in Jules Verne's epic adventure Around the World in 80 Days. Today, the transportation technology of the 21st century would render Phogg's experiment little more than a foolish exercise, but at the time the book was written, the concept of traveling to 100 countries or more would have been a major undertaking.

One significant difference in my pursuit from that of Phileas Phogg is that I have no time constraints, other than the fact that I am undertaking the task during my senior years, which means there is precious little time to waste. Rather than challenging the calendar like Phogg, I am attempting to beat the clock and the unpredictability of Father Time. Planning and logistics will be a major factor to the success or failure of the project.

I write this book in the hope of inspiring others who share my wanderlust to accomplish the task of seeing 100 countries or more for themselves. One thing is certain, once you reach that goal and join the club, you are a lifetime member and no one can ever revoke your affiliation.

I also write for those who are already members of The Century Club because they, better than anyone, understand the passion behind the need to reach that magic number of 100. Moreover, it is my wish that all travelers, be they card-carrying members of the Travelers' Century Club, others who have achieved the feat but don't even know it, or people, like me, who are on the cusp and simply want to venture forth for the pure enjoyment of the process, will enjoy the stories I tell in the pages that follow.

Some of the accounts are poignant. Hopefully, others are humorous. But mostly, it is my sincere desire that each episode will, in its individual way, express some heartfelt aspect of the magic of travel that reinforces your own memories of travels past.

These stories happened to me during my initial efforts to join The Century Club. I tell them now because there are more to come in the remaining trips I will undertake to achieve my goal. I will write those tales as they occur and as I recount the challenge and process of reaching my objective and beyond.

What those stories will be and how they will happen can only be discovered through the pursuit of my dream. All I can say at the moment is that I know they exist…somewhere

is written for anyone and everyone who possesses a passion for travel. It is the story of my personal goal to journey to 100 countries or more and to tell stories about people and places along the way.

Others have accomplished the task before, and some have even gone far beyond the magic number of 100. The goal of this book is to share the magic of travel with those who have a similar fervor for discovery, and to establish a challenge to anyone else who might want to try it for themselves. Some people may have already achieved a personal membership into The Century Club and don't even know it. Perhaps a few may be close and only need a handful more countries to succeed themselves. If so, then perhaps this book will create awareness so that you, too, can pursue the dream.

For those who have surpassed 100 countries and continue to see the world, this book is a tribute to your accomplishment by telling some of my personal stories and adventures that have made the effort so rewarding and all encompassing for me.

The Century Club is about more than mere destinations. It is about understanding other cultures and getting in touch with ourselves at the same time. It is about growth and personal knowledge. And it is about a thirst to see as much of our planet as possible in order to have a greater sense of the role we play as humans during our all too brief visit here on Earth.

When your name is as vanilla as Bob Taylor, you need to do something unique. Using his middle name, Peabody, and dropping the “Y” was the first step in Taylor's effort to challenge the world. As a minor league baseball player for four years, Peabod went 1 for 13 in the longest professional game in history that was ever completed in one night; a game his team lost 4-3 in the 29

th inning, but a contest that put him the Hall of Fame in Cooperstown for 10 years until a 33-inning game eclipsed that mark.

From there Peabod went into broadcasting in Charlotte, NC doing nightly sportscasts and producing special programs including two award winning documentaries about minor league baseball and a history of NASCAR.

After 14-years in television, Peabod came down with an incurable disease known as The Travel Bug, and it has been his goal ever since to see as many countries in the world as possible. He has written freelance travel articles for The New York Post, The New Orleans Times-Picayune, The Las Vegas Sun, The Houston Chronicle and The Boston Herald to name a few. In addition, his travel video business produced marketing presentations for Switzerland Tourism, Eurail, the Finnish Tourist Board, British Rail, Japan Railways Group, the Swedish Travel & Tourism Council, Japan Railways Group and the Swiss Travel System among others.

Peabod has also done travel commentaries for a local NPR affiliate and teaches World Destinations courses at the community college in Charlotte. Today his major goal is to travel to more than 100 countries and, if he surpasses that mark, to see as many other destinations as possible during his lifetime.

If he succeeds, the name Bob Taylor will never be vanilla again.