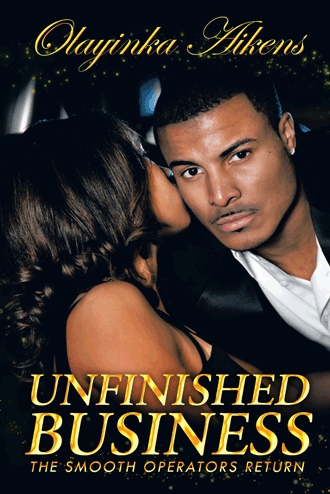 As she stood in the full-length mirror of the pricey Bal Harbour boutique Bella III, Monica modeled a beautiful strapless navy blue silk dress for Alonzo. He stared at her lovingly as the fabric hugged her body, while she styled as if she were on a runway. They had been to five stores and she had yet to pick anything out for herself. All the bags they were carrying were his and he was determined to make her buy something before they headed back to Atlanta. “I really like this…” she said, smoothing her hand over her hips. “It’s Lanvin, they make such nice clothes.” “Get it then.” “You say that so easily. I’m still paying off student loans while you’re splurging on watches and tennis shoes!” Alonzo threw his arms back over the sofa he was sitting on. “How much you owe?” “Too much. Undergrad and grad school loans are hanging over my head. My MBA degree alone was enough to buy a single family home.” “How much, girl?” “Way more than this dress,” Monica said with a chuckle. She was used to buying nice things but she wasn’t foolish with her choices. Everything she bought, she usually found on sale. Even her designer pieces were bought on the cheap from sites like Gilt, RueLaLa and the Outnet. Occasionally she splurged at Net-a-Porter but Macy’s was where she spent most of her hard earned money. She was saving her income to open her own PR firm. It had been her dream ever since she graduated college. Paying her student loan debt just wasn’t as fulfilling as becoming an entrepreneur. “I asked you a question,” Alonzo said, leaning forward. “How much do you owe in student loans?” “Why does it matter?” His voice went from cool to concerned. “It matters because I asked you.” An amused look crossed her face. “Are you serious?” He didn’t blink nor laugh. “Yeah.” Monica rolled her eyes to the sky searching for the figure. “Probably close to $200,000.” “That’s all?” She blinked. “Uh…yeah, the balance is around $179,000 and some change.” “I’m paying them off when we get back. Now pick a dress or something because I’m hungry baby, for real. I wanna go to Oceanaire when we leave here.” Standing with her mouth open, Monica couldn’t believe what he’d just said about her student loans. Then he just kept talking as if nothing ever happened.

Years ago Cameron James had his heart broken. Vowing to never fall in love again, he's made casual flings a habit. But when his ex Angela Daniels returns to Atlanta to get her life on track after a bitter divorce, Cam can't stay out of her life or her bed. Struggling with the hurt she caused, he's determined to make her suffer one way or another. But he forgot how seductive she could be and how she makes him feel. Monica Holiday believed love always had to come with pain. After being kidnapped by her off-the-chain ex, Double R, and ending a relationship with her former beau and boss Drayton Lewis, an old flame comes calling with passion on his mind. Alonzo Stone is far from traditional. He's charming, loving and handsome and giving Monica more than she ever wanted. But the bad boy turned real estate mogul comes with a lot of baggage. But will Monica be willing to help him carry it? Drama-filled, intense, passionate, alluring and fast-paced, the Unfinished Business crew will keep you guessing at every turn and will leave you wanting more.

Olayinka Aikens has been writing since she was eight years old. The Oakland, CA native contributes regularly to print and online publications, runs TheChocolateFashionBlog.com, and is founder and creative director of the Oakland based PR and events firm, Chocolate Candy Media. Olayinka is a graduate of Southern University and A&M College and Chatham University and a member of Delta Sigma Theta Sorority, Inc. She is also the author of Smooth Operators.