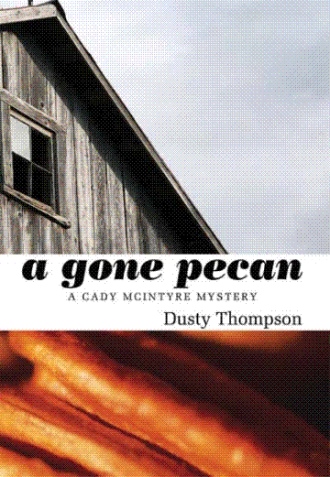 “Elmyra Holstead has completely lost her mind!” Mother ranted as she entered my house through the kitchen door, returning early from her weekend trip to the opera in .  “You will not believe what that woman did!”

That’s my mother, Alsace Lorraine Metcalf Ripley, whom everyone calls Mama Rain.  Well, except for the ladies her age.  They don’t call anyone ‘Mama’; they just call her Rain.  She’s been living with us since her housekeeper and best friend, Covaletta Turnage, died and left her alone.  Daddy died back in 1978, so it’s just been her and Covaletta all these years.  She decided to come live with us as she doesn’t trust anyone with her things because everyone is ‘just trash’.  Besides, she’s afraid no one else could keep the secret of where she hides her pocketbook (in the vegetable crisper – she read it in Erma Bombeck – but don’t tell her I told you).

Excuse my manners; I guess I should introduce myself.  I’m Cady McIntyre.  Actually my full name is Catherine Dyanne Ripley McIntyre, but everyone calls me Cady; pronounced like lady, of course.  Normally, my life is about as exciting as canning peaches, but today looked as if it was starting out to be another story.

“What’s she done now?” I asked, knowing full well that her best friend has a tendency to commit faux pas.

“First of all,” she fumed, sitting down at the whitewashed shed door I had made into a table in the breakfast nook, “she shows up in a sundress with a dickey, looking like who’d-a-thought.  Then she has the gall to make me sit next to Geneva Landrews, who swears she has prostate cancer and wants to describe the symptoms to see if I agree.  Finally, she conveniently forgets to tell everyone that there’s been a change of plans and we’re not seeing ‘Carmen’!”

“Well, what did you see instead?”

“If it’s got all the naked people”, she frowned, “then that’s the one.  Then she was so moved, she said, that she jumped up onstage and took off all her clothes!  Well, except for the dickey; her hair was too big.”  Mother, although petite (5’2”) is a spitfire.  She doesn’t really look like anyone famous so she’s hard to describe.  If you were kin to me, I could just say she looks a lot like Great Aunt Frankie, except for thinner, but that’s not going to help you one bit unless you’re from , which I’m betting you’re not.  But if you are, then you probably know.  To help you as much as I can I’ll just say that she doesn’t like “old lady hair”, you know the kind that gets fixed once a week, usually Saturday, her wardrobe is almost more fashionable than mine and she is six kinds of crazy when you get her mad. 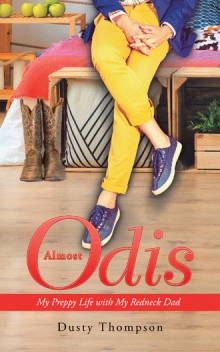 A Gone Pecan is the rollicking, hilarious tale of reluctant Southern sleuth Cady McIntyre whose quirky descriptions of eccentric friends, relatives, enemies and acquaintances in , , are reminiscent of (Eudora) Welty’s “Why I live at the P.O.”  But there’s been a murder in , an event almost as exciting as the recent arrest of the local Librarian for assault and kidnapping of a greasy-fingered book vandal.  Although nobody much misses dead poet Noe Boddy, PhD, Cady and her mama, Alsace Lorraine Metcalf Ripley, and her best friend, Finney Boddy, who was almost Noe’s ex-wife, consider it a shame not to locate the poet-killer, if only for the entertainment of investigating local small town inhabitants ranging from old-maid sisters Lolly and Bitsy Keene, who attend funerals of people who haven’t died yet to “Hello Kitty” fanatic DeeDee Smandon.  Even when Cady solves the murder, which of course she does, we don’t want to leave this “Mayberry on acid.”  Dusty Thompson has written a clever and entertaining tale of small-town gossip and generational story-telling; don’t miss it!

Dustin (Dusty) Thompson is the middle child of nomadic Southern Baptists who grew up in the boonies in several Southern states, including Louisiana, Arkansas, Oklahoma, Texas and Mississippi.  A proud graduate of Southwest Mississippi Community College ('90), Mississippi University for Women ('93 - where he was, interestingly enough, elected Man of the Year) and the University of Mississippi ('98), Dustin is a Program Analyst with the Department of Veterans Affairs and resides in Alexandria, VA.  His hobbies are, of course, writing, singing, telling stories (look for his YouTube video) and color-coordinating his ties and socks.  He is donating 10% of his royalties from the sale of his book to the Thompson Scholarship for Student Leaders at SMCC which he founded in memory of his mother.