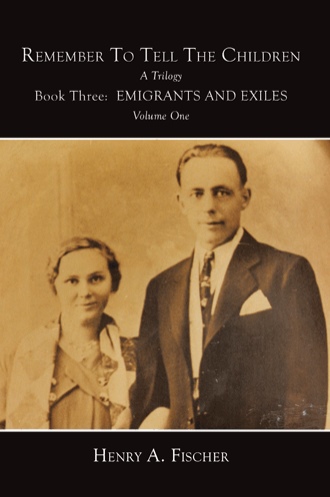 “On this Lord’s Day we are bidding farewell to many of my Parrah Kinner who like our ancestors before us are going out into the Unknown for the sake of their families and their future. They are leaving their families behind with us to care for them until that joyous day when they will be reunited, whether here at home or in this new Heimat to which the Lord is leading some of them,” Julius Schöpf said in his closing words as he gazed out upon his congregation.

A hush filled the packed church as Ecsény prepared to take leave of the first large group of would-be-emigrants joining the Schwabenzug across the Atlantic Ocean as their forebears had risked journeying down the Danube two centuries before. There were few dry eyes as they hung on the words of their pastor as he continued.

“Our prayers go with you young men and we commit you to the Lord’s keeping and entrust you to His care on your long journey and encourage each of you to seek out His people in the new land into which He has called you where you can continue to live under the Word of the Gospel and live your lives as His children. You will face many dangers and special temptations both spiritual and temporal that you have never known before and as we send you forth we do so with this Word for your comfort: “Give yourself to the Lord; Trust in Him and He will help you.”

May these words from Psalm 37 become your constant companion and guide as you now prepare to go on your way. As I call each of your names I invite you to come forward for the laying on of hands and prayer as we send you forth in the Name of our Lord Jesus Christ.”

Julius Schöpf left the elevated pulpit and slowly proceeded down the stairs and then stood before the altar and read the names:

After all of the men had assembled around the altar the Schöpf Parrah nodded and then all knelt as the Westroh Lehrer played the opening refrain of a hymn as the pastor spoke to the first of the men and then placed his hands on his head and began to pray. The congregation joined in singing the hymn led by the clear voices of Tobias and Gertraut Bitz from up in the organ loft. They offered up the hymn many of their Hessian ancestors had sung on the day of their embarkation from one of the German river ports along the Danube River so many years before:

Wer nur den lieben Gott lässt walten
Und hoffet auf ihn allezeit,
Der wird er wunderbar erhalten
In aller Not und Traurigkeit,
Wer Gott, dem Allerhöchsten, traut
, Der hat auf keinen Sand gebaut.
If you but trust in God to guide you,
and place your confidence in Him,
You’ll find Him always there beside you,
to give you hope and strength within.
For those who trust God’s changeless love
build on the rock that will not move.

As the congregation sang Elias Bitz managed to catch the attention of Catharine Mechwardt sitting across from him in the opposite gallery. He offered a wink with his wayward eye in what he thought was her direction while Peter Krismonitsch sitting next to him poked him in the ribs with his elbow while holding up the Gesangbuch they were sharing. A chastened fifteen year old Elias joined in the singing again well aware his mother would have probably noticed his attention had been diverted from the solemnity of the occasion especially in light of his own brother’s forthcoming departure. Before the concluding verse of the hymn was sung the Westroh Lehrer played a special introductory theme and gave Elias the opportunity he had been waiting for.

“Just think Peter, that could be us in a year or two,” he whispered excitedly.

The blank expression on Peter’s face was a clear indication he had never even thought about it before but knowing Elias he was certain he would be hearing a lot more about it in the future. He shook his head just thinking about the kinds of trouble Elias was always getting him into and then he joined his tenor voice with Elias’s as they joined in singing the last verse. 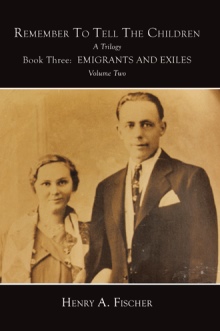 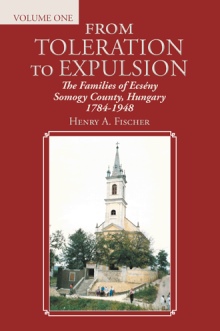 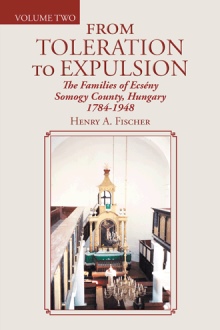 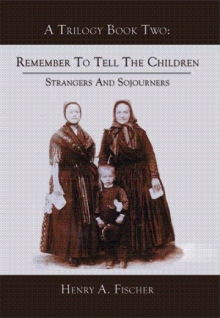 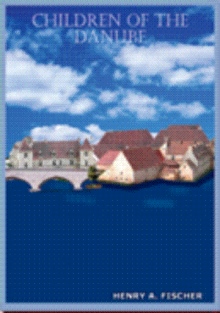 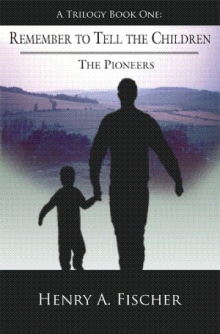