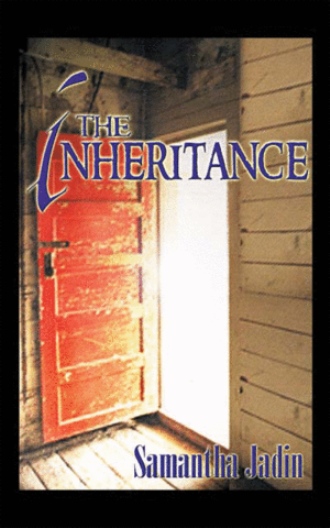 I sat down at Mandy’s kitchen table. We spoke about my attorney and the events that occurred. Mandy was clairvoyant. But objects were never physically there in front of her. She could only see things in what was commonly known as the third eye.

During the course of our conversation, Mandy stared at the cards. She couldn’t quite figure out what they were saying. All of a sudden, Mandy looked up by her bedroom. Mandy said, “Oh my God, I just saw someone go into my bedroom. How did this person get in my house? I know I locked the door. I’m scared Stephanie. I need to watch my bedroom door. Hang on; I’ll continue the reading in a minute. I can’t believe it,” she said in a faint whisper. “Someone just walked right into my house.”

I glanced behind me and said out loud, “it’s okay, Daddy, you can come out. I know it’s you. Please come and talk to us.”

Mandy looked as though she was going to faint. “Oh my God, he’s coming out of the bedroom and walking toward us.” The muscles in Mandy’s body automatically tightened. “Oh my God, I think it’s your father. He’s all dressed up and has a nice looking suit on. I can see his outline. I mean I can really see it, it’s not in my third eye, and it’s him, right here in my living room. I thought he was a burglar. His image is so clear; I can’t even tell that he’s dead.”

The hair on my arms rose up. The fingers on my right hand got ice cold as they always did when my father was around.

Ron was spattering gibberish. He was talking so fast that Mandy couldn’t understand a word that he was saying. “Does your father smoke?”

“I think so. Every time I get into my car and drive somewhere, I feel my right hand get as cold as ice and I smell smoke at the same time. So, I always figured that he was a smoker. Either that or it was the smell from being electrocuted on the combine.”

“He’s coming closer to the table.” “He’s spastically shaking a large stack of papers. He’s just shaking them and shaking them, and talking faster and faster.”

“Sir, you’re gonna have to slow down, I can’t understand you.”

“Your father looks really angry, his face is beet red. He’s really mad. He’s shaking a big stack of papers and he looks extremely panicked. Oh my God, he’s coming closer to me.”

Mandy started to lean over. She had her hands placed on her thighs trying to brace herself and her right ear was perked up a little.

“He’s whispering in my ear.” She started to giggle. “He’s telling me that he’s furious with his family, that he knows that he was not the best father and he was trying to make up for it by watching over his children from the other side. Despite this, however, he was incredibly angry with Melissa, Harry, Martin, and Barbara. But he was the most furious with his wife. He’s telling me that he’s trying to communicate to his family. He’s telling them, ‘How could they do this to my child, to my daughter, to me?’”

“This is weird, Stephanie. I can’t believe he’s whispering in my ear. I’ve never had a ghost come up to me and whisper in my ear like this before. He’s still talking. He’s telling me more stuff. ‘Mandy, I have proof, it’s right here, it’s right here.’”

“’Mandy, I have a box. Inside the box are some children’s toys and there is a teddy bear in there. There is a separate will. There are bank statements and title work. It’s all there in the box. My daughter is the beneficiary of the land. It’s there in the title work. My wife covered it up. Look, look. It’s right here!’”

During this interesting event, I was looking at Mandy with a slight giggle in my throat as Mandy had her face cocked sideways while listening to my father.

Mandy’s face was pale and her eyes were off staring into space as if she had been in complete and utter shock. “Wow, Stephanie, I’m a little taken aback by this. Your father is a very powerful man and it’s taking a lot of energy for him to come through like this. I’ve never had an experience like this before and I’ve been doing this work for over 20 years.”

Ron stepped back and hung out in the living room while Mandy and I finished the reading. “Your father really wants you to have your inheritance he left for you. He’s working on what is known in the spiritual world as the “ethers” by doing everything he can to convince his family to give you what he wanted you to have.”

Mandy continued, “His will is on the top shelf of a closet in Melissa’s house and Ron keeps making the box fall over so that Melissa has to face herself and what she has done to you.”

I began to cry. My throat swelled up thinking about the fact that my father had a teddy bear for me. The thought of having a teddy bear was all that I could think about. I felt the extent of the lies was overwhelming.

“What I’m hearing Melissa say is that she is angry with Ron for having another child that was not hers. And that no matter what, since this was “no child of hers” she wouldn’t dare give you what Ron wanted.”

I was stuck on that thought for a moment. Jesus, Melissa wanted so desperately for me to not have what Ron wanted because I was not Melissa’s child? She didn’t even have the heart to

Follow Stephanie through her journey as an adopted child with the growing desire to find the truth about her biological family.  Soon into her voyage, she discovers her father’s death and the inheritance he left behind. The journey to claim Stephanie’s inheritance leads her down a path that changes the course of her life forever. You will not be able to put this book down as you discover along with Stephanie, what her inheritance truly is.

Samantha grew up in .  Her interests in high school were choir and outdoor recreation.  She has always enjoyed giving back to her community and was recognized for her service as a Debutante of the Fine Arts in 1991.  While in college, provided finishing touches to an orphanage in college also located in , and later she participated in building a home for a homeless family of eight in .

Samantha obtained her degree in Biology in 1995. Her minors in Business and Biblical studies from mirrored her feelings toward the need for more spirituality in a global business environment.

Samantha has had over seven years of experience in organ and tissue donation, specializing in corneal recovery for the purpose of benefiting those that suffer from corneal blindness.  Samantha’s desire to help others in her community led her to become a Certified Massage Therapist in 2000.  Samantha is known for her ability to facilitate healing to individuals who seek it.  This is her first novel.