How Manifest Destiny Affected The Japanese and the Jews 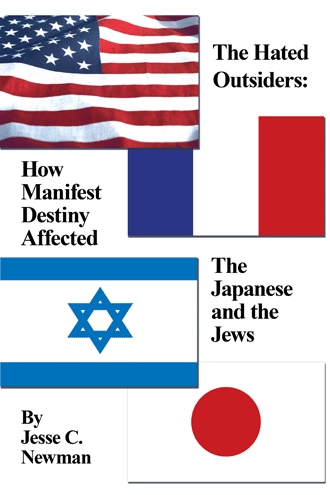 The Hated Outsiders is a profoundly American story. It combines several threads into one large, rich fabric that helps us to understand who we are as a nation. Our encounter with Japan, its rich traditions, and its 20th century expansionist ambitions; the great degree to which American prosperity rested on the backs of Africans brought to these shores to perform slave labor; the account of the Jewish experience in the America that was growing and pushing westward; and an explanation of how black people in what we now know as Haiti, successfully fighting the French for their independence, influenced Napoleon to withdraw from the New World and sell us the land west of the Mississippi, our Louisiana Purchase - the narratives and others are woven together to illustrate the American experience. … The nexus created by the juxtaposition of the three “hated outsider” cultures, Jews, Japanese, and African Americans, with the United States was provocative. I began with the background history of each. Then I wanted to explore the ironies. Here were peoples of three cultures who have been, at one time or another, despised by a majority of the American populace. Yet, Japan is the strongest American ally in East Asia. It is a bulwark of peace for the region. Israel is America’s strongest ally in the Middle East, and the only democracy there. It also is a bulwark for peace. It too owes its present state of security to the U.S. and in fact would not exist except for Americans. Last there is the African American culture, the crucible in which American ideals have been purified. A nation wrapped in the swaddling clothes of racism, has been changed by its often-ignored ideals. 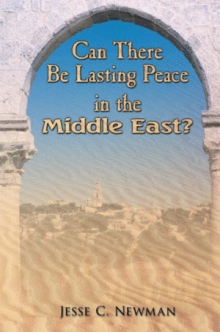 Can There Be Lasting Peace In the Middle East?
Jesse C. Newman
$21.99

The reason this book is being written is because three cultural histories have been left out of the standard texts used in the schools of America. What is African history as it relates to Black slave history in America? The Manifest Destiny created by the black slave revolt in Haiti will bring about the sale of what is now known as the Louisiana Purchase in 1803. Secondly, what is the history of the Jews, and what is the history of the Jews in America? Jewish history is not just a few chapters in the Bible. It is 5771 years old and was accelerated in 1948 with the formation of Israel. Finally, Japan: Why did Japan attack Pearl Harbor? Why have the Emperors of Japan not laid a wreath on the U.S.S. Arizona? Answers to these questions are contained herein showing the three combined cultures’ impact is greater on today’s issues that affect this country - and world. The Puritan called America the ‘new Israel,’ as they pictured this land full of opportunities. Almost bankrupted by the Revolutionary War, having a low population, we will set a course across to the Mississippi River and start encountering cultures, peoples and histories that will be foreign to Europeans’ mindsets. Christianity and greed will be the new mantra as we will not stop at our Western shores, but by 1903 we will be at the front door of China. Looking back at these huge lands America acquired, will also show the problems we will layer over these non-Christian peoples. Wealth will be the stimulus and free trade a goal, so we will compete with the other Europeans. America will also show its dark side in the history of the 19th and 20th centuries at home, in Asia and the Middle East. Cover design by Cheryl W. Intrater