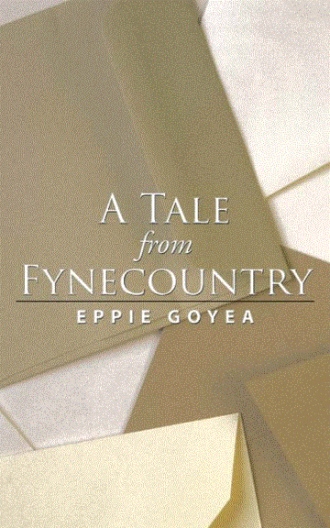 For the first thirty minutes he enjoyed the journey; fresh breeze blowing in his face. At first it was gentle; but as the bus sped along it became rather uncomfortable. Then the drive through potholes and the rugged parts of the road slowed down the journey considerably. What started as warmth on his backside soon became heat. It was a case of cool breeze on the face, deep heat below. When he could no longer bear it, he resorted to the lingo, thinking it would help. "My backside is on fire!" he shouted. "Cool it man. Cool it," replied the driver. The whole bus erupted in laughter.

"Why don't you remove your jacket and sit on it? Maybe there's only a fine line between your bottom and the engine," added a passenger. Another bout of laughter followed. Relief came only when a passenger left and he was able to take his place.

After obtaining his doctorate degree from a London university, Biletu Bonsala returned to his native land to find that religion had been commercialised almost beyond recognition, and money pervaded every aspect of life. He came across many obstacles as he struggled to live a simple and upright life as an academician.

The only person who seemed to appreciate his honesty was the very person who got him into trouble with the police.

An old friend came to his aid; but did so only to get fame for himself and line his own pocket.

On the other hand, Biletu's wife, Bintu, was ready for any problem that raised its head and dealt with it Fynecountry-style. In her characteristic way, she found an unusual solution to her husband's decision to escape his turbulent academic and city life by taking early retirement to live in the village. Bintu's solution to an uncertain life ahead included, of course, plans to fulfil her own life-long ambition to own a nursery school.

However they remained plans only, as the husband soon found cogent reasons to discredit them. They were replaced by plans for a child health centre to be funded by Biletu who believed that the money from the national diamond industry being paid into his account was the people's money, and should be returned to the people.

A Tale From Fynecountry is an easy-to- read satire on some issues many will identify with.

On her return, she worked briefly as a health educator with the Lutheran World Federation in the immediate post-war period in the then Rivers State. She later joined the staff of the Institute of Child Health, University of Benin where she worked until her relocation to the UK in the late1980's.

As an avid reader of fiction and true-life stories, she has always hoped to write one herself some day.She has published an information booklet and several articles related to preventive child health in reputable journals. In A Tale From Fynecountry she illustrates some aspects of life in developing countries through  fictitious characters.

She is now retired and lives in Stevenage, Hertfordshire.