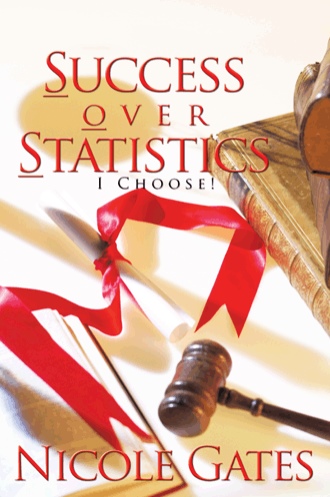 I am a person of Possibilities, Purpose & Power, destined to be all that GOD has created me to be. I am walking by faith and not by sight, walking in HIS spirit and not by my might. He's leading and guiding me everywhere to fulfill my purpose while it is day. Fears and obstacles come if you may, but with GOD on my side they all vanish away. I am a person of POSSIBILITIES, PURPOSE & POWER! Sometimes the most important thing in life is to remember that you have everything that you already need inside of you. 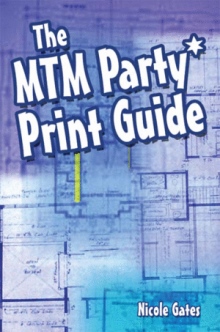 Shackled to my circumstances, I was the perfect storm plagued by crisis... Divorcee, Single Mother, Living Paycheck to Paycheck, No Support System, Unfamiliar Territory! I made a choice! I am not a statistic! I found my purpose, my gift, my walk in life and set out to build a legacy that would leave my mark on this world. Poised for greatness, I defeated the odds by understanding that I CHOOSE... Success over Statistics! This is my legacy in the making!

Nicole Gates Catalyst, Trendsetter, Trailblazer, Humanitarian and Philanthropist, who resides in Memphis TN. Nicole's hobbies include photography, graphic designer, event planning, listening to music, traveling, entertaining and scrapbooking. Nicole is the proud unapologetically single mother of four beautiful daughters Yolanda (21), Savanna (11), and twins Brooklyn & Bheanna (6). As a mother Nicole strives to be a living legacy for her daughters. She enjoys sharing cultural events, watching movies, Mommy/Daughter Spa nights Weekend Retreats and Traveling with her “leading ladies” as she loving refers to them. Nicole is the Owner of More Than A Memory events, a premiere theme event planning service and the Founder of the Infant Mortality Force of Memphis a grassroots education and awareness organization. Nicole is serving currently as the Shelby County Office of Early Childhood & Youth Campaign Coordinator for “All Babies Count” and “Ask first?” campaigns and Emerging Coordinator of Project Single Moms Memphis. Nicole is described by her colleagues as a supermom… Driven, enthusiastic, humble and an inspiration to everyone she has contact with. Nicole describes herself as a Woman of Possibilities, Purpose and Power. Recognized on many levels for her stellar community grassroots efforts including; 2008 & 2009 March of Dimes Lay Health Advisor of the Year, 2010 Frayser High School Inspiration in Action recipient, 2010 Dress for Success Memphis & Worldwide Community Action Project 1st Place Honoree, Volunteer Mid-South's Adult Volunteer of the Year Nominee, MPACT Memphis' Community Involvement Soul of the City Honoree, Ordinary People Magazine's Servant Award Honoree, 2010 BET Black Girl Rocks Memphis Honoree, 2010 Agent of Change Nominee, 2010 Congregation Health Promoter Champion, 2011 “A” Game Honoree, 2011 Women's Foundation of Greater Memphis Legends Nominee, 2011 Women of Excellence Honoree, 2011 Presidential Citizen Award Nominee and 2011 Jefferson Award Nominee. Nicole's face has graced the cover and has been included as a feature in many media outlets; Print: Diva by Design, Skirt Magazine, Memphis Woman Magazine, Ordinary People Magazine, Tri-State Defender, Commercial Appeal, RSVP Magazine, VIP Magazine; TV: Good Morning Memphis, ABC24 Midday Day News, On Cable Tonight, The Loretta McNary Show; Radio: The Pulse, WDIA, V101, Hallelujah 95.7, WRUG. Nicole is a champion for professional development and leadership adding to her repertoire Graduate of Leadership Memphis Grassroots and Fastrack Programs, Certified Community Voice Lay Health Advisor & Ambassador for the March of Dimes, Nationally Certified Child Passenger Safety Technician and Certified in Infant/Child CPR, Certified Parents as Teachers Advocate, Nationally Certified Character Counts! Trainer, In addition, Ms. Gates is the Memphis Coordinator of Project Single Moms and as the National Government Affairs Coordinator for Project Single Moms Worldwide, Inc. she serves on the Fetal Infant Mortality Review, as the Church Health Center Faith Communities Steering Committee Coordinator and Memphis Teen Vision partner. Nicole Gates lives by the motto: To whom much is given, much is required. She feels honored to be able to serve her community and make an impact on the lives of Memphians! Nicole's mantra “Real Change is an Inside Job…CHANGE Has NO Season”