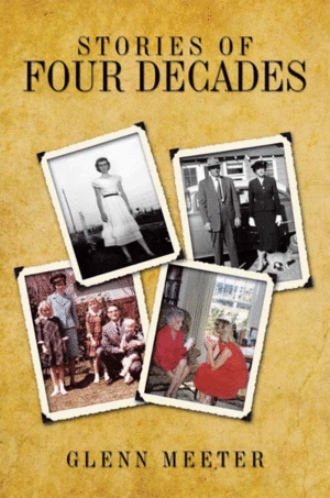 “But we are working for humanity,” Miriam said as Hazzard took one of his quick breaths.  “I’m a teacher.  Eddie is a medical student.  My father is a farmer.”

Never argue with a salesman.  His terrible certainty was hypnotic, she could picrure as if it were the most natural thing in the world her mother reading about them in next week’s Granger Gazette.  Mr. and Mrs. Edward Rockwell, married Wednesday in the True Reformed church of this city, spent their honeymoon with the Vermilion Socialist Club in the basement of , U.S.D., discussing the inherent contradictions in capitalism and marriage....

Now this Hazzard was looking at her as if she had hypnotized him.

“A farmer’s daughter?  From ?  Then you know what I’m talking about, you’ll have plenty to tell us tonight!  Your father ever tell you about the Penny Sales, during the Depression?  To keep the banks from gobbling up the farms?  How long since you’ve had electricity?  Not long, I’ll bet.  You know why not?  Tools!  This goddamned country wouldn’t share the tools!  What about the farmer’s wife, the most exploited cog in the whole system—you can tell us about it, can’t you!  Tremendous.  Imagine running into you this way!”

--from “Starting from Dakota”

A number of the stories in Glenn Meeter’s Stories of Four Decades have been reprinted (most frequently “Hard Row” and “A Harvest”), but they all made their first appearance in publications as diverse as The Atlantic Monthly, Redbook, Epoch, The Literary Review, and The Reformed Journal.

Each story has its own individual appeal.  Each has its own style, theme, mood, its own plot and setting, and its own cast of characters who come fully to life only within its boundaries.  Even Peter Heitz, in "The Oppressor," has different problems and preoccupations from the slightly older character with the same name in "The Convert."

But set with others in a collection that touches major points in life—stories of “Youth” followed by those of “Marriage” and “Parenthood” and finally “New Journeys”—each story takes on new dimensions.  Together they form a tableau of life in the American Midwest (and , a mid-century for Midwesterners) from the forties through the seventies.  One thinks of the “slow clank  clank of tire chains” on smalltown winter streets in the first story; the visitors to Grandmother’s house paying Chicago tolls in the last; and, in between, Los Angeles freeways and South Dakota gravel roads.

Another dimension is as ancient as Joseph in : the clash of rural and village culture with urban modernity.  Some characters need to break away from the village culture (faith, family, community); some lose it and re-create it.  Some seek it out.  All need to re-interpret it.  And all struggle to maintain and pass on some aspects of that culture, if only the awed thankfulness of the traveler in “A Harvest,” who exclaims about his own journey, “but my God what a delight, just to travel through!”

Born in 1934 in , , GLENN MEETER graduated from in 1955 and married Marlene Meyerink of , , that same year before earning his master’s degree at .  From 1956 – 1960 he taught English at Illiana Christian High School in Lansing, Illinois, where his and Marlene’s first daughter was born, and sold his first short story, “The Son-in-Law,” which paid for the birth of their second daughter.

Since 1969 the family has lived in DeKalb, Illinois, where Glenn wrote “the Opressor,” suggested by their life in Los Angeles; “Hard Row,” inspired by childhood memories wakened by his oldest daughter’s de-tasseling corn in DeKalb County fields; and “Infidelity,” from speculation suggested by his second daughter’s dance lessons in Chicago.  In 1981 “Sunday” and “Grandmother’s House,” based on memories from the forties and the seventies, appeared in his novel Letters to Barbara.

Glenn retired as Professor of English from , where he served as English Department Chair 1984-1990, in 1998.  In 1995, he published “Pastorale,” based on early childhood memories and inspired, no doubt, by the lives of his young grandchildren.  Most recently he wrote, for this collection, “Starting from Dakota,” a story that goes back, although it is set in 1960, to the 1955 wedding that marked the beginning of both his family and, in “the Son-in-Law,” his writing career.