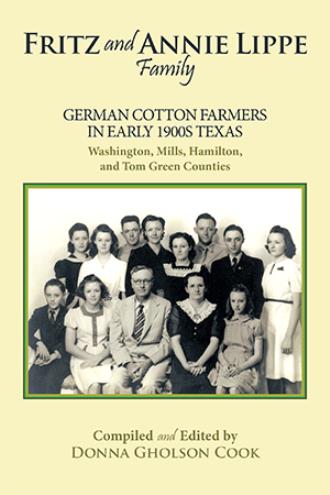 Annie Bufe Lippe was barely five feet tall but was one of the grandest people I have ever known.  She was a gentle woman, but she could stand up for herself or others when it was necessary.  She spoke softly and in a low tone of voice.  With her thick German accent, one had to listen very carefully to understand her.  Her stories fascinated me, and I am very grateful that some were recorded.  She had a very hard life but did not complain and was grateful for everything she had.  She did not gossip or criticize and saw only the best in everyone.  Her faith in God never wavered, keeping her going through the rough times.  She attended church every Sunday as long as she was physically able.

When Annie was a young girl, her family lost their entire crop, which was ready for harvesting, and nearly lost their home and their lives when the Brazos River flooded.  After marriage, her life was still hard, bearing and rearing eleven children on nine different farms, with no electricity or indoor plumbing and very little heat.  She did most of the cooking, sewed the family's clothing, and washed it using soap she made from the fat of the hogs they butchered.  In the German tradition, her house was immaculate.  She raised chickens, killed young roosters to cook for dinner, and collected eggs from the hens.  She took care of the hogs, milked the cows, and churned the butter.  She grew a garden and canned fruits and vegetables for the winter.  In her spare time, she worked in the fields with the rest of the family.  The children helped her with the household chores if they were not needed in the field, but at harvest time, picking the cotton was the top priority.  Annie was the first to get up in the morning to build a fire, and on some winter nights it became so cold in the house that pails of water in the kitchen were frozen.  Her formal education only went as far as the fourth grade, but she could read and write in German and English.  She could drive a team of horses but never learned to drive a car.  She had a favorite soap opera, "All My Children," and she was interested in politics.  Her favorite presidents were Dwight D. Eisenhower and Ronald Reagan.

Annie and Fritz had eleven children who lived to adulthood, one who died as an infant, and twenty-nine grandchildren.  At the time of this writing, there are more than 100 descendants.  I am very grateful to be one of them and glad my grandmother lived to the age of 103-1/2 and my daughters were old enough to remember her. 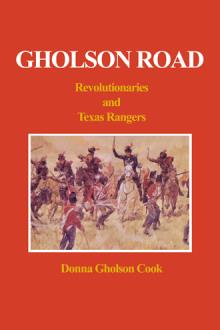 Fritz and Annie Lippe Family--German Cotton Farmers in Early 1900s Texas describes the childhood of Fritz and Annie beside the Brazos River in east Texas, their families' move west, their courtship and marriage, and the rearing of their eleven children on rented farms. In some years, the cotton crop was profitable. In other years, drought, boll weevils, or floods destroyed the crop. The children missed the first few weeks of school in the fall because picking the cotton took priority over education. The family raised most of their own food--vegetables from the garden; hogs for meat, lard, and soap; cattle for meat, milk and butter; and chickens for meat and eggs. They grew corn, grinding it into cornmeal to make bread. Money from the cotton sale was used to buy the few items that were not made or grown, such as coffee, sugar, and farm tools. Their many narrow escapes from death due to accidents, injuries, and illnesses are described here. It is amazing that all of the children lived to adulthood. Annie almost died after giving birth to one of the younger children, but she recovered and lived to the age of 103. Every Lippe son and son-in-law served in the military, some of them during World War II, some in combat. All returned safely. Several grandchildren and their spouses also served. Eight of the eleven children and the wives of two deceased sons contributed photographs and stories of life on the family farms. The author inherited many letters and photos from her mother, who was Fritz and Annie's eldest daughter. The book also contains stories of Fritz and Annie's children as adults. They all became hardworking solid citizens and remained true to the faith in God instilled in them by their parents.

Donna Gholson Cook, a sixth-generation Texan, was born in San Angelo.  Her first book, Gholson Road--Revolutionaries and Texas Rangers, told the story of her father's family, most of the information resulting from research in libraries and courthouses.  The descriptions of the tales of survival of her mother's family were collected from the personal experiences of aunts, uncles, and cousins for her second book, Fritz and Annie Lippe Family--German Cotton Farmers in Early 1900s Texas.  The author also inherited many letters and photos from her mother, Joe Ann, the first child of Annie and Fritz Lippe.  In addition to her two books, Donna Gholson Cook has had several magazine articles published.  She is a member of Western Writers of America and lives near San Francisco, California.