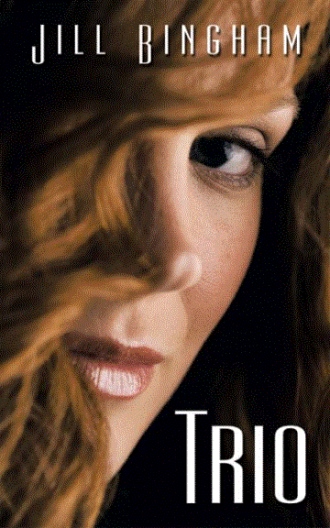 He leaned across and brushed a wayward strand of her hair back. “Come home with me,” he murmured. “You don’t have to feel I’m asking for anything but I really would like to have your company, so please say yes.”

They hardly spoke in the taxi, they sat apart each wrapped up in their own private thoughts. Her heart was pounding in anticipation of what she didn’t know but she felt truly alive and didn’t care about tomorrow: just now, this moment.

He couldn’t quite believe how much he fancied her, of all the women he knew or had had she was the most unlikely but he did want her. He found her fascinating.

She seemed so unlike anyone else he had met. She was assured yet vulnerable, confident; and yet not. She was old enough to be his mother; and yet very sexy. He too was full of anticipation especially as he had no idea what would happen next.

They rode the lift to his penthouse in silence, both were then on the brink of thinking it had not been a good idea. Once inside he offered her a drink or a coffee. She said she would have both. She offered to make the coffee but he said he was fine. She should just take in the view, and she did. There was a magical quality about it, about the whole evening, that or she was drunk.

He sat next to her and turned all the lights even the tiny spotlights out. They sipped their brandies and a desultory conversation started between them. They talked about the food they’d had that night and how successful the evening had been. She said how sorry she had felt for David’s father on the day he left. She said her son would be home soon but his son was gone forever. Cuthbert surprised her by saying how lucky Justin was to have her for a mother. Throughout his life he had rarely been with his and although they spoke fairly regularly, he hadn’t seen her for about eight years.

They got closer while they were talking and Jess was still thinking she wouldn’t even go as far as kissing him but then she smelt his aftershave and he, putting his arm around her waist, thought how warm and soft she felt. He was used to thin, bony girls who, while they looked good, often felt so fragile he was afraid he could snap them in two if not careful.

She thought how nice it would be to just put her head on his shoulder and fall asleep but also she was aware of his body through his shirt. He felt her breast and kissed her. She kissed him back, gently. “Jess,” he whispered, “you can stop whenever you want. I meant what I said.” Her answer was to feel between his legs and whisper, “bet you can’t stop now.”

She knew she had drunk too much but equally she wanted to keep control. She wasn’t young and her body reflected that; she couldn’t even move as she once had. She didn’t want to feel more embarrassment than she need in the morning so there would be no naked cavorting and definitely no lights. She carefully changed her position unzipping his trousers helping him pull them and his underpants down. He tried to do the same with her lifting up her dress but she stopped him. She wasn’t ready for that yet. She bent down and gently licked the tip of his penis and only then did she allow him to pull her pants down. She guided his fingers inside her and all the time she was licking him, she touched him all over: stroking, finding the places on his body where he responded most and then she really went down on him; all the time getting him to do what she wanted. He unzipped her dress and undid her bra and she slipped her arms out letting the top slip down, then leaning over him he caught her nipple in his mouth. She nearly came then but managed to stop because she wanted her orgasm to be a big one.

And so in the dark on a very large soft sofa touching and licking and sucking, slowly they each brought the other to the edge and then both finished in a stupendous climax that gradually ebbed away leaving them so very content, so very satisfied…..

TRIO is a love story, which tells of one woman’s relationship with three men during a forty-year period. It spans the permissive sexual revolution of the late nineteen sixties to the present day, involving them all in a tale of love, sex, passion, destiny, cruel heartbreak and dazzling happiness. Jessica Phillips is a sixty three year old woman, still attractive but feeling unsettled about many aspects of her life. To try to deal with her discontent she embarks on writing a novel. She has been in a relationship with her partner Michael Bowen for nearly forty years and they have one son age twenty nine who is currently serving a prison sentence for car theft.

Jess, as she is known, manages a small office which re-locates to premises nearby. Through the office move she meets a man twenty years her junior Cuthbert Drysdale. Despite their age difference they are attracted to each other and begin an affair.

The name Drysdale is a link to her past when forty years earlier she had a passionate and from her point of view loving relationship with Adam Drysdale a very wealthy young businessman who was married with a son. It emerges that that son is none other than her current lover, Cuthbert, who despite initial appearances to the contrary is extremely wealthy. Her relationship with Cuthbert’s father ended suddenly and dramatically due to his jealousy of her friendship with Michael Bowen whom she subsequently partnered.

Trio is Jill Bingham’s first novel; she has worked for many years for a small law firm in north whose clients come from many different backgrounds and cultures. During the course of her time there she has seen that one thing many have in common is the role in which society casts older women. Beyond a certain age they become one dimensional, invisible as women in their own right relegated to being regarded as somebody’s wife, mother, aunt or grandmother; seen only as an appendage to their family, even though they are a vital one. However, as vibrant sensual beings they are dismissed, ridiculed even.

The story is a work of fiction but she has drawn heavily both on events in her own life as well as those of close family and friends.

She spends her time in and Cambridgeshire.