by Bob Chase as told to Blake Sebring 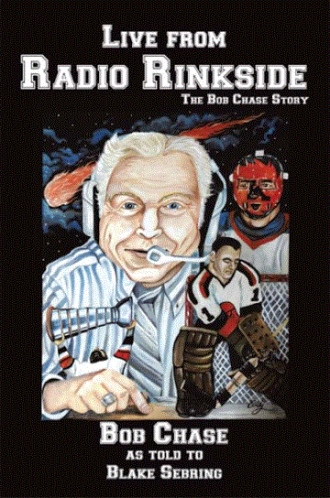 I’m happy that I can’t look into the future because in 1950 when I took my first radio job, I never could have dreamed it would lead to the life and career I’ve had. In retrospect, it still seems like a fantasy, 58 years of marriage to Murph, 55 years of Komets hockey, 30 years of the Indianapolis 500, 20 years of high school and college sports and countless other unbelievable experiences from a career in radio. I still shake my head when I think about that because I don’t know how I got here. All these doors just kept opening for me.

This year I’ll pass Foster Hewitt’s record for the longest affiliation by an announcer with one hockey team, as I continue with my 56th season calling the Komets. Foster was the Toronto Maple Leafs announcer for 55 years. When I started in this business, I never thought I’d make it a career, and never in my wildest dreams did I think I’d have a long career as a sportscaster.

I have a nice family, a decent life, a fun job and time to enjoy life with family and friends. Being rich was never one of the priorities of my life, and I’ve never regretted any of the opportunities I passed by either in the sports field or other general areas of radio where I might have been more materially wealthy. Sometimes I’ll sit in the living room and I’ll look around at Murph and think, "Man, we have had a great life, haven’t we?" The kids collaborate that whenever they come home, call or write us. I never thought life could be this good.

I don’t know what kind of a life I’d have had without Murph. There would be no way my life could have been as totally fulfilling as this is. The thing about it is, it doesn’t quit. It stays that way, and we still have fun. The other day we were walking out of one of the stores hand in hand, and I said, "Who’d have thought two old people 82 and 84 years old would walk down the street holding hands." It’s just a natural thing that we do.

Health-wise, we’ve been blessed. She’s the iron horse, and my problems have been minimal aside from my heart condition. Other than that, I have never had any major health issues of any kind. The smartest thing I did besides marrying my wife was coming out of the Mecca in Milwaukee one November night in 1981, sitting in the front of the bus lighting up a cigarette, inhaling it and my throat was so raw I felt like I was swallowing razor blades. I said to myself, "You idiot, now is the time to do it." I took my cigarettes, my lighter and everything out of my pockets, threw them in the waste basket and never had another cigarette. It’s self-rewarding to think that I finally got enough discipline, enough gumption to finally do something I should have done a long time ago. I had smoked all my life from the time I was 14 or 15. Even after the war I was two to three packs a day. I was totally addicted. After I quit, I went thought literal hell for about six months, but I knew if I ever surrendered a moment that I’d be right back on it again because I had tried to quit before. There were days when I must have been an awful guy to live with. I can be sympathetic with those people who have been addicted to other measures like alcohol and drugs and what an incredible fight it has to be to quit. I loved smoking. I liked the taste of the tobacco and it was really a good experience. When I really analyzed what I was doing to myself, I like to live a lot more than smoke.

When I graduated from college, the phrase "radio career" wasn’t even in my vocabulary. Radio was just a secondary outlet until my other options came through. The longer I stayed in radio, I guess I found that I had a talent and ability for it and became much at ease with it. I began to get a lot of reaction from people who listened, including my mom and dad. My dad could be very critical and when he was complimentary, you know you deserved it. He liked what I was doing and was very proud of me, and that made me really feel good. I think the key to the thing was where I went to work. At home in Marquette with WDMJ it was a means to and end, and it was an easy living. All you had to do was open your mouth. Then when I got to Fort Wayne, I realized then I was in a serious business. Fortunately I had the basic talent and the presence and the personality to absorb what I was learning, and boy was I learning things. I wrote home and said to mom and dad, I don’t think I could have gone to NBC New York and been part of a staff any greater than this one here.

It isn’t only hockey, it’s the radio business. Hockey to me is the ice cream. The main course is going to work in the morning and doing morning sports. When I go to work every day, I can hardly wait to get there. I could spend countless hours on the air that I don't have and be more profound about the world. I fortunately have an outlet with my commentaries twice a week and they have been an invaluable outlet to me to keep my fire alive, and I appreciate the fact that the station allows me to do this. They have put no restrictions on me whatsoever, trusting in my judgment and it’s been a good mix. 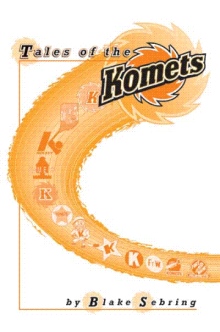 Tales of the Komets
Blake Sebring
$20.00 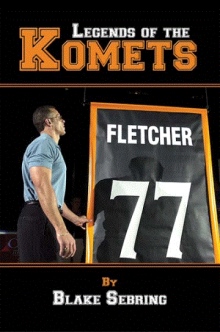 Legends of the Komets
By Blake Sebring
$20.00 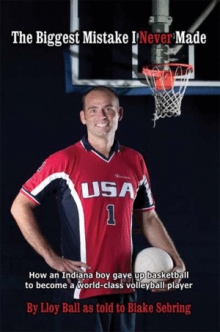 The Biggest Mistake I Never Made
By Lloy Ball as told to Blake Sebring
$17.50

For 56 years, Bob Chase has been an institution as the voice of the Fort Wayne Komets, one of the premier franchises in minor league hockey. Thousands of children over five decades have hidden under the covers listening to Chase describe the action throughout the Midwest as they drift off to sleep listening to their heroes. It's possible no one else in America has introduced more people to the sport.

He's also been a key voice for WOWO, 1190-AM. During his amazing career, Chase has interviewed superstar athletes, political figures and the elite of American entertainment, including Elvis Presley and Frank Sinatra.

A devoted husband, father and grandfather, this is his story.

A native of Marquette, Michigan, Bob Chase has worked at Fort Wayne's WOWO, 1190-AM since July 1, 1953. He has been the Fort Wayne Komets announcer for a record 56 seasons. He and his wife Murph have sons Mike, Kurt and David and a daughter Karin, six grandchildren and three great grandchildren.

A native of Fort Wayne, Blake Sebring has worked for The News-Sentinel for more than 25 years, covering the Fort Wayne Komets since 1990. He is the author of "Tales of the Komets," "Legends of the Komets," and is co-author of "The Biggest Mistake I Never Made" with Olympic volleyball star Lloy Ball. He is also author of the upcoming novel "The Lake Effect."