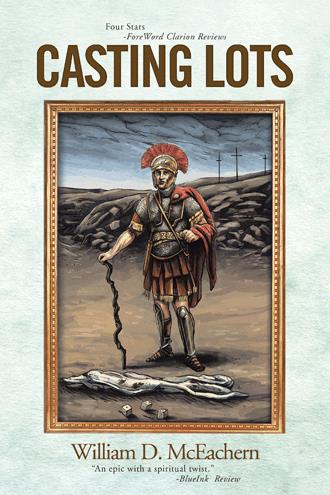 I walked to his home again. The streets were crowded and the world’s smells washed over me: the sweat of the men, the perfumes of the women, the urine of the animals, bread baking, cloth just cut, fruit drying on the stands, gutters of the streets, leather being tanned. Sweet, pungent, acrid, acidic, salty, bitter, biting smells grabbed my nostrils as if I smelled these for the first time. The smells were counterpoint to the sounds of the city. The hammer of the artist cracking tiles, rocks, and glass to make mosaics, bleating of sheep and lowing of cows as they awaited slaughter, the rumble of wagons carrying bolts of cloth, or carcasses of meat and exotic goods along the cobblestone streets, the tramp of soldiers’ caligae, their hob-nails clicking on stone, as they marched, crying babies needing to be nursed, yelling mothers trying to find lost children, heralds blaring out the whereabouts of some legion killing some barbarians somewhere on some frontier, tax collectors demanding payment of tax, while the taxpayer screamed insults or begged for mercy, and the sound of my heart pounding so hard that it might burst, blended together in a discordant cacophony of life. If the smells did not grab your attention, or if the sounds did not demand your notice, then the play of light would surely command your consideration. The light side-by-side with the dark was sharp, stark, defined, and distinct, as where the land ends and the seas begin. You walked most of the time in the shadow of the tall insulae, the apartment buildings, fearing that from the darkness above would flow that most unsavory of liquids. Then the sunlight blaring from a blue crystal-clear sky dazzled your eyes, when you walked across some broad street. The brilliant sun radiated off the temples’ gold-leaf veneers. You were in the presence of the Gods. All the while, I thought about how I could approach him. An offer of money, I thought, would only insult and repel him. The quest of my master disgusted and dismayed him. Before I had decided what to do and how to do it, I was there at his door. “Damno ad averno!” (“Damn it to hell!”) Cornelius spat as spoke these words as if the spitting added to the curse. “I will wait until you tell me.” I stood resolutely. “What?” “I will wait until you tell me.” I sat down and smiled slightly. “Get underfoot, eh?” “If necessary.” “All day and all night?” he asked. “If necessary.” He turned into the darkness of his home. I waited. Time passed. Then I saw him coming back, his vitis rudis, that is his vine-stick, in his hand. No true centurion was ever without the symbol of his authority, his vitis rudis, gnarled and worn. “Do you think a man who has wielded this,” he gestured with his vitis rudis, “will ever break?” “Do you think that a slave who has been beaten all of his life will fear one more beating?” “Well, that is the first thing you have said that makes any sense at all!” He smiled. 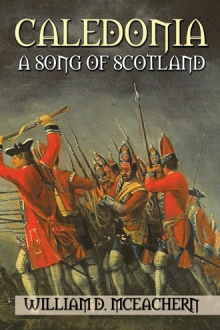 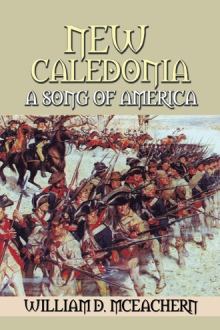 The date is April 7, AD 30. Centurion Cornelius is crucifying a little-known religious leader and two thieves. Suddenly an earthquake occurs, and Cornelius is thrown to the ground and hits his head. When he arises, he proclaims, “Truly, this man was the Son of God.” What if you could interview Centurion Cornelius and record his story? Lucinius, a slave, is assigned this task. What Lucinius learns will forever change him and alter the course of history of Rome … and of the world.

William D. McEachern is a graduate of Duke University with a bachelor of arts in religion and psychology. His focus at Duke was on early Christianity. His fascination with Rome grew out of his Latin and Greek classes at St. Paul’s School in New York in the early 1960s. Reading Caesar fueled his love of Rome and ancient history, which he has studied for half a century. A practicing tax attorney for more than thirty-five years, he has written numerous articles and several law treatises about estate planning, estate and gift taxation, and the use of trusts. In this his first novel, Mr. McEachern’s unique voice blends law, religion, and history.