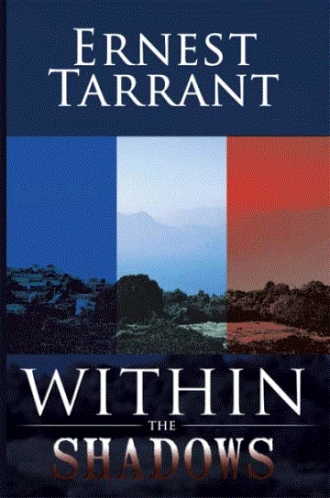 After the partition of France, early in the 39-45 war, Churchill recognised that Vichy France would remain independent only as long as it suited the German High Command and was not convinced that De Gaulle's claim that all Frenchmen would rise up and resist either further encroachment or an Allied invasion The action of this biography takes place in the high Auvergne. A very brave family running a typical bus terminus bar restaurant lost their only son, killed in a British air raid. His body was not found and they offered his identity to De Gaulle to be used in any way for defeating Germany A suitable Englishman was recruited and trained by SOE. He was then successfully placed with his adoptive parents in a small town and acted as a liaison link with French resistance movements until the liberation. This is the story of Henri Dufour After acceptance into the local community Henri played a key role in supplying all of the resistance needs in the Auvergne and surrounding areas before and after the Germans occupied Vichy France When the Allies invaded the priority objective of the Auvergne resistance was to harass any South to North troop movement, or vice versa, through or to the West of the Auvergne This is not just another War Story. Within the Shadows tells how life changed for the people of Vichy France and with those changes how the people changed their attitude to resistance. Henri's romantic involvement with his former teacher, his connivance in getting things done in spite of his orders are all detailed to lighten the story By 1944 the Allies had created the possibility of the eventual invasion being in either the North or South.

Born in and educated by a Catholic boy’s international teaching order he qualified for university entrance at the outbreak of war. When applying for deferment to complete a Chemistry Degree he was tempted by a proposal from the SOE to take over a French identity in Vichy France liaising with a developing resistance movement and advising SOE of the support that could be expected from the French population.

Chemistry and later to a second Dip Chem. in biochemistry at

At age of 36 he abandoned a purely scientific career and engaged in support of worldwide technical sales activity of a major chemical supplier to industry. Extensive travel and occasional location abroad led to a break-up of his marriage and loss of contact with his children for some years. The time spent in and other wine growing countries led to an in-depth knowledge of wine eventually recognised by several awards from some wine regions. Later with a business partner he established a manufacturing company of special products for the food packaging industry, and eventually sold out to their largest customer

While on business in he met his second wife without knowing she was the daughter of a, by-then, deceased officer with whom he had served on a previous occasion. They subsequently spent time together in Europe and . After retirement they returned to the and settled in .