An Adventure In Exercise 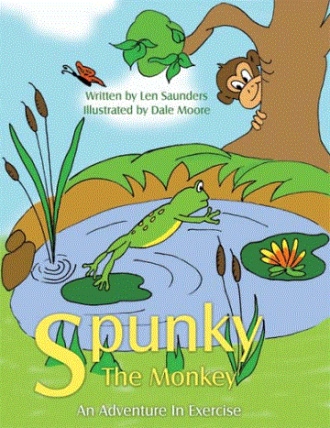 Visit the official Spunky The Monkey web site by clicking the link below to find out more about this book, and to see sample images.

To learn more about the author, Len Saunders, please visit his web site listed below. 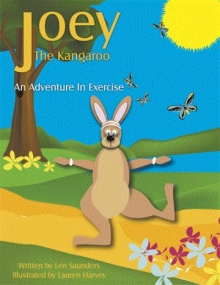 Spunky The Monkey is part of the "An Adventure In Exercise" series by Len Saunders. Read this children's storybook with your children, and watch the fun and excitement that occurs with each page.  These books motivate children to read and exercise simultaneously. The book serves 4 main purposes:

Children need motivational ways to get active. Many of them spend countless hours involved in technology instead of activity. The "An Adventure In Exercise" series was designed to motivate young children (ages 2-7) to get off the couch and exercise. Studies have shown that proper health habits start at a young age. Research has also shown that many overweight children become overweight adults.

Len Saunders graduated with honors in 1983 from the University of Bridgeport in Connecticut, majoring in Physical Education. He was voted the "outstanding senior" from his graduating class. He later went on to receive a Master's degree in Exercise Physiology from Montclair State University in New Jersey.

Len has been involved in children's health and fitness for over 25 years. He has won awards for his contribution to children's health & fitness at the local, state, and national levels. He has been a guest speaker at universities, as well as state and national conventions. In the late 1980's, Len served as a consultant to The President's Council On Physical Fitness & Sports. Most recently, he became an American Heart Association expert spokesperson on the issue of childhood obesity and childhood fitness.

Len's contribution to children's fitness has literally reached millions of children and their parents. He has contributed articles to magazines such as Muscle & Fitness, as well as writing articles for Human Kinetics Publishing, the most respected publisher in the health and fitness industry. He has also written and consulted with Sports Illustrated For Kids magazine. Some of Len's articles have been used for nationally syndicated television shows on ABC-TV. Sports Illustrated has called Len "high spirited", while a quote from Ladies Home Journal says, "nobody is more committed to children's fitness than Len Saunders."

Look for Len's new book coming out in the Spring, 2010, with LaChance Publishing called, Keeping Kids Fit.  You can now order it on Amazon.....click here.