SHE HAS SURRENDERED TO SLUMBER 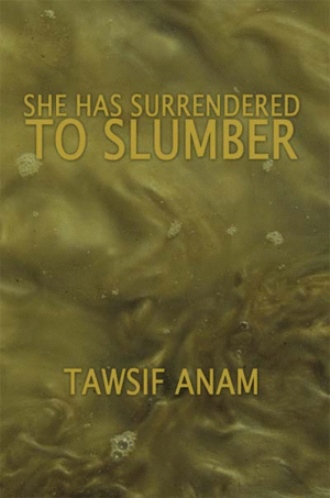 MANSION ON THE MOOR

The dispersed nymphs of the

Descend into the world below,

To quench their thirst of

And to see the recipient of marvels.

Stuck are their sights,

For the mingling is enticing

As it pampers the soft embrace

Of the sensuous lovers –

The rain and the soothing brown.

The grasses on the lonely Moor,

Blinded by the mist and hailed by

Are dozing in expectation,

For the thudding hoofs on the

With echoes touching the walls of

The Mansion on the Moor.

The agony of the languid logs are 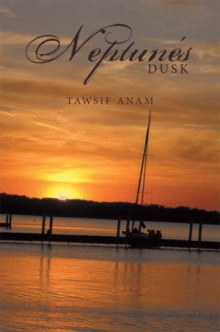 SHE HAS SURRENDERED TO SLUMBER records the flights of imagination, the intense emotional fluctuations, and the outcomes of the contemplating mind of the author as words crafted with passion, tenderness, and subtlety. These poems, written over a period of roughly three years of the author’s young life, present the enormous changes that his mind goes through within this timeframe. The poems reflect the constant pursuit of romance, embodied by the idea of death and rebirth. From the moment of the arrival of the mysterious vision of an ideal romantic world, the author goes on to record the death of his old beliefs and his rebirth into a new way of seeing life. Thus he engages himself in a quest to know his true self, and goes through tremendous conflict between indefinable rhythm of the desires of his soul and the worldly commotion of reality. With infinitely elongated moments of pleasure, sadness, confusion, depression, hope, and recovery, Tawsif Anam survives to present a brief look into his dreams through the poems in his book. The name of the book, with the significance of slumber as a mystifying state that the author believes to be a connection between our material existence and the vast transcendental world of unknown knowledge, is a tribute to his grandmother. From the time when these poems were first being written to the final moment of its completion, the author witnessed his beloved grandmother, someone to whom he owes the nourishment of his life and his present well-being greatly, drifting from her joyful old age to a state of physical inactivity and coma. Despite her being in a deep slumber, she still breathes life into her grandson, who would forever remain indebted to her for her love, care, support and encouragement.

Sensitive in nature from his very childhood, Tawsif Anam always found himself touched by the feelings of love and affection that he received from his family, and was also bound by the feeling of security. But when he was still very small, the death of his eldest uncle from his paternal side, who was a very distinguished and well-known member of the society, disturbed him greatly. It was difficult for him to grasp the issue of death and express his sorrow at his tender age.

Under the shades of his respected and beloved senior members of the family, he continued to feel himself secured, up to a certain point in his young life. Before and during his transition to adolescence, the losses of two very special people in his life, his maternal grandfather and eldest aunt, introduced in his life the feeling of contemplation. The recognition of death as a medium of enormous change brought devastation to Tawsif Anam’s mind, making way for him to slowly descend himself into thinking of what is beyond the material and the corporeal. The years of his adolescence were greatly affected by various changes that took place in his life, including frequent changes of residence, including migrating from Bangladesh to USA.

Over the years of his young life, Tawsif Anam grew up to have a strong disposition towards suddenness, switching from one field of study to another, making frequent changes of his hobbies, and also his belief systems.

Through the stormy transitions, Tawsif Anam finally made his presence in the world of poetry, something that enabled him to express what he long viewed as inexpressible. Currently an undergraduate student at University of Wisconsin Madison, he wants to continue expressing himself through poetry, with strong encouragement from his parents.