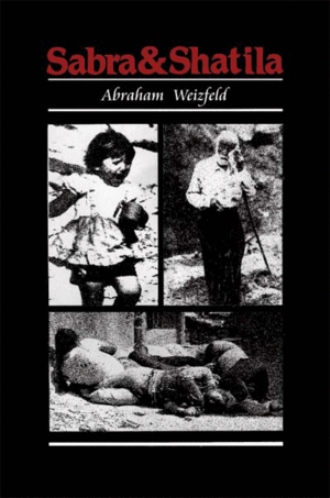 This Sabra-Shatila massacre, located next to Beirut in Lebanon, came to be viewed as an historic turning point, leading to the strategic defeat of Israel, which retreated to the Litani River in southern Lebanon and eventually retreating from nearly all of Lebanon (1982-2000). “The film "Waltz With Bashir" focuses on this moment of shame for the State of Israel -- the murder of scores of Palestinians by Lebanese Phalangists in the Israeli army-controlled Sabra and Shatila refugee camps -- yet it was embraced in Israel, drawing large audiences there. … “Critics and audiences around the world, along with the Golden Globes voters, have embraced "Waltz With Bashir," a psycho-historical investigation into one man's inability to remember what he did during the 1982 Lebanon War. … [Israeli director and producer ] “Folman was one of the soldiers stationed nearby when the massacres took place. Yet as he discovers in the film's opening minutes, he can barely remember a thing, so he sets about interviewing his comrades in an effort to piece together what transpired. The result is a film that suggests a nation caught in the depths of a profound collective amnesia, unable or unwilling to come to grips with one of the most troubling episodes in its history.” ( Jewish Telegraphic Agency, By Tom Tugend and Ben Harris · February 23, 2009, page 147 )

At this time of the 60th commemoration for the 1948 Palestinian Nakba/ethnic cleansing of 88% of the Palestinian Arab population from what became the Zionist State of Israel, this second edition of the documentary study 'Sabra & Shatila' brings us to contemplate the 'pogrom' of these refugee camps resulting in some 3,000 deaths over a three-day period. The orginal edition, in 1984, gave a voice for the Jewish oppositon to the rampage and tragedy of Zionism.

Abraham Weizfeld is an activist, since 1967, with the Palestinian and socialist movements of Canada and Quebec, including Toronto, Ottawa and Montreal. Raised in a refugee Jewish family of parents who escaped the ghettos of Warsaw and Lublin, he carries the heritage of the Jewish Workers' Bund of Warsaw, a socialist Jewish movement that contested the Zionist minority tendency in the Jewish political culture. His two published works are Sabra and Shatila (1984, 2009) and The End of Zionism: and the liberation of the Jewish People (Clarity, 1989), and anthology of Jewish dissident writings. A new edition by Clarity Press will become available. After meeting Yasser Arafat in Beirut, during the 1980 solidarity conference, he worked as assistant to the unofficial Palestine Embassy during the first Israel invasion of Lebanon in 1982-85. His doctoral thesis accepted in the Departement de science politique at the Universite du Quebec Montreal, in 2005 with the Faculte de science politique et droit, critiqued the Hegelian concept of 'Nation-State'. The Thesis is entitled 'Nation, Society and The State: the reconciliation of Palestinian and Jewish Nationhood'. Co-founder of the Alliance of Concerned Jewish Canadians, Weizfeld works to build the international Jewish opposition.