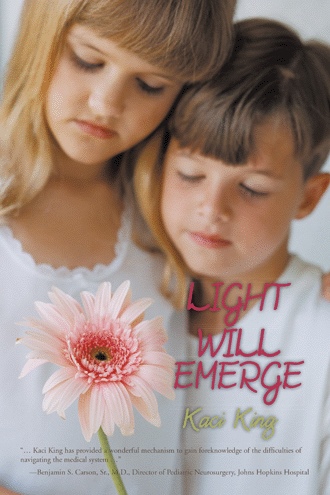 ....I remember plain as day going into the endocrinologist’s office with all ’s prior lab results in hand and it was like I was going to convince the doctor there was something wrong.  I knew deep down something was wrong, but I didn’t know what.  At the time I didn’t understand when he had quickly looked through everything and nearly dismissed us.  I was back to feeling helpless.  If he didn’t help us, then what?  For the first time ever, I learned my husband and I were no longer on the same page.  It was the start of several doctor appointments that my husband would question my plea for help, my disagreement with the doctor’s opinion.  In fact, following several appointments he asked me, “What’s the matter dear, you don’t agree with what he said?  What are you going to do now?”  After I got over the shock or feeling of helplessness over the doctor’s appointment, then again with what my husband had said, I picked myself up by the bootstraps and moved on.  I assumed that ’s growth problem could be in the endocrinology area, but it apparently wasn’t, so it was time to press on to find out what was wrong with him.  Not only was it the start of a rough road in attempting to help , but I felt so alone.  My husband was alienating my search for help, all the while I was remembering those pre-marital days of counseling with our pastor and how I’d never let an illness get in the way of our marriage….

…. it would bring ’s first medical diagnosis.  She said that she would refer us to a pediatric neurosurgeon at Children’s.  I will never forget this call.  The words pediatric neurosurgeon rang through my head several times as she continued to talk.  I was numb.  The world almost stopped at that moment.  It’s like I was trying to listen to what she was saying and keep this all in perspective.  A perspective I had no idea how to compare to anything else I’d experienced….

….  I yet again hung the phone up from yet another doctors’ office and cried.  Only this time, it was not out of fear.  It was not because we had another diagnosis.  I was not crying because there was going to be another major surgery, those tears would come later.  For now, the tears I would shed would stem from the fact that we had been searching furiously for months to get our boy well and to watch him swiftly deteriorate in front of your eyes is something a mother cannot put into words.  It’s a feeling that will take your breath away.  To watch your child give up eating and drinking and watch their will to live diminish because they are in so much pain and you can’t do anything for them is like ripping a mother’s heart out.  I had already been reading about this diagnosis for months and I knew this was the problem.  No one else believed it was because was now almost two and this problem is generally diagnosed and fixed before a year old.  But because we’d fallen through the cracks up until this time, no one was willing to address it now and he was more miserable than ever….

Kaci King learned early on in life that everything has a purpose, even though the purpose may not be easily seen. After developing a lasting friendship with a disabled neighbor during her childhood, Kaci never realized that his attitude about life’s toughest challenges would inspire her years later as she faced the most difficult years of her life. Three years after Kaci and her husband, Rea, married, their beautiful daughter was born. Although Madi incessantly cried, everyone assumed she was just a strong-willed child. Twenty months later, a baby boy joined their family. Everything seemed normal, until Austin began showing little interest in eating. As Kaci details the frustrating path that finally led her to receive a shocking diagnosis for both children—craniosynostosis and chiari malformation—she shares a poignant story through journal entries and personal narratives that reveal how she became an advocate for her children, learned to navigate through a complex medical system, and launched a determined search for help that eventually led her to an angel in disguise: Dr. Ben Carson. Light Will Emerge shares one mother’s journey to find help for her children during a medical crisis that will inspire parents and caregivers to persevere through their own struggles and realize that hope can exist, even during the darkest of days. In all, the book journeys the reader through two dozen surgeries sharing tribulations to triumph as the children beat all odds, accomplishing more than anyone ever expected including four World Champion titles.

Kaci King is a mom, wife, entrepreneur and farm owner, pianist, world traveler, yogi, and a practitioner of energy field work. She and her husband, Rea, have two children, Madi and Austin, who share two medical conditions: craniosynostosis and chiari malformation. Kaci loves helping coach and teach her clients how to create holistically successful lives. Kaci lives with her family in Bellefontaine Ohio. Light Will Emerge is her first book.