The Last Train to Dachau

by Robert B. Niklewicz 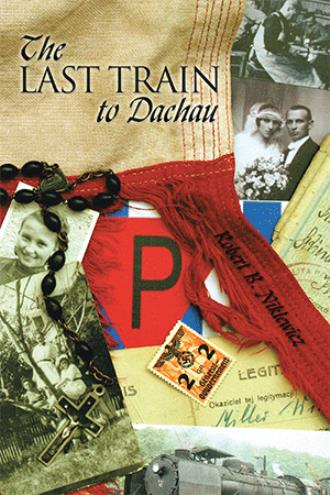 By , the transaction was complete. Luba took all that Wladyslawa had. Wladyslawa got her salt, bacon, sugar, butter, and sack of grain, and began her trek back to her home and family. Luba wished her a safe trip under God’s protection, and blew out the lamp. When their eyes accommodated to the darkness, Luba opened the door. Wladyslawa stepped back into the darkness and the slowly gathering fog and morning dew forming above the ground. Wladyslawa was physically and mentally exhausted from the trip, and from the agony she felt for another family victimized by the invaders. The weight of the food was more than she remembered carrying in the past. She was starting to question her ability to carry everything safely home.

By , she was very tired and hungry, but was making good time and distance. She walked with her head down, but her ears open. When she came upon a bend in the mostly straight tracks that seemed to be darker than other areas, she looked for an easy spot to slide down into the gully to rest. As she stared over the edge of the track, she felt the ground vibrate under her feet. The cause of the vibration registered about the same time as she heard the westbound train start to come out of the distant fog, its headlight dimmed by blackout lens on the lamp. This allowed only a flat, narrow beam to search the distant track.

She quickly found a place in the bend where she could slip between shadows, hide next to the trunk of a tree, and not be seen as the train rolled by. The stiffness in her legs and back was becoming a greater issue, and it was hard for her to get up and out of the gully. She needed to crawl the last two meters. As before, when she completed the climb, the stress of the effort gave her a queasy feeling in her stomach, with pressure below her breastbone. Unlike her earlier effort to control the building pressure, this time she released the pressure all at once in a burp that echoed in the trees along the track. In an instant, she knew she was in trouble. They could have heard that all the way to Warszawa, she scolded herself, as she knelt down to listen intently for danger signals.

She waited a minute for any sounds that might have been in the woods or along the tracks. Her heart was racing again, and her anxiety climbed. She was about two hours east of Wolocin, and needed about another hour to get home, but dawn would come well before that would happen. She had to get going. On impulse, she stood up and started west on the tracks. She had gone about 200 meters when she thought she heard a noise in the forest. She froze.

Maybe it was a deer? She listened for a moment. There was no sound but her heart and her breathing, both at a high rate. She convinced herself that it was not a concern and began moving once more. From the right, she heard footsteps. She stared into the darkness to see what it was when she was dazzled by a flashlight shining from behind her, and the sounds of a whistle blowing. A voice yelled, “HALT! AUCHTUND! HALT!”

The Last Train to Dachau is based on the real life plight of the Miller family during World War II. With the invasion of by the Germans, the story follows the family and their experiences of: the occupation, hunger, cold, and the terror in their home town. This family of five was Polish Catholic, but had a German-like surname. This situation placed them between the Germans, who wanted them to sign a loyalty declaration, which they refused, and the community which assumed that they had. The story tells of the horrors and obstacles that they faced and had to overcome to stay together and live.

Emilia, Alicia and Leszek are children that spend most of their youth surviving both the physical and emotional stresses of war. Wladyslawa, the mother, is a worker in a Red Cross shelter during the day, but often had to travel at night to find black market food for her family. Wiktor, the father, was conscripted to a labor train after the surrender of . He worked under threat of great harm to his family while forced to travel and repair damaged trains and tracks across and . His travels and experiences on a recovery and repair crew gave him an avenue to stay alive while still resisting his oppressors.

Robert B. Niklewicz is a Physical Therapist with a Doctorate in Health Science. In addition to being a health care professional, he is a teacher and national lecturer. The book he has written is the end product of stories he has heard since he was a boy. The private spoken memories of his grandmother and mother over the years not only intrigued him, but the family as a whole. Taping his mother’s stories, many of which she was reluctant to tell, caused a stark awakening in him about how fragile life is, and how close fate came to ending his mother’s existence seventy years earlier.

Robert researched and reassembled the chronicle of a bleak time using his skill as a teacher to guide the reader through this incredible story. He is able to bring the intensity of the physical stresses with the psychological challenges for the Millers in a way that the reader could almost experience themselves.

As thousands of survivors of the Second World War die each day from the burdens of age, it became a cause to put his connection with history on paper. As a physical therapist, he had the great privilege to hear bits and pieces of other people’s stories during the course of his work with the elderly. Each story was a jewel unto itself that if untold, would disappear with the soul that experienced it. He could not imagine the sadness he and his family would feel if their own incredible history would be lost as well. This is a true family story to share, his to tell so others will not forget.