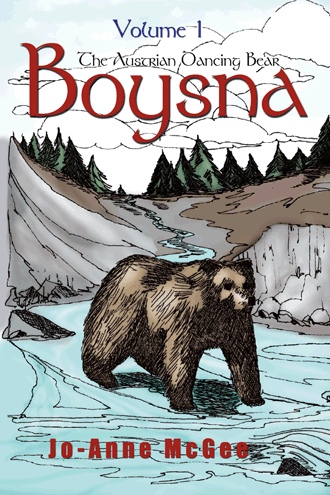 Green Peace Hope sparkling in my mind as I arrived with my charges, Graham 3, John 5 ½. Looking at the crowds pushing through a maze of disillusioned faces. Speakers driving each word out to the crowd hope full of every clapping hand. My glances choosing out faces intensly, searching for a response to my glance. There were at times on certain words sparks of hope climbing into the intensity of cheering peacemakers on. Hope resting in man but where did man originate from? In the beginning God created the earth, the heavens. Trying to focus my mike on each sound of every word to tape the intensity of hope of survival trying to capture the feeling of man against death. The eyes in the crowd match the feeling in their hearts. I heard their thoughts ringing in hope-lessly. Not knowing anything sometimes of even what they were really doing there as if it could help. That one particular face keeps nudging my own hopelessly of trusting in mankind. Nikita Khrushchev was his name, bringing to mind the picture of grandparents standing before a television set when Nikita was hitting his shoe on the desk 1917 Revolution. Their grandparents fled. Again striking terror and horror of it all happening again. The twisting whirlpool deep within the sea, the white foam making patterns in our minds hearts, deep within alone afraid to look ahead into our own failings. Ready to jump chain up, and dig the pit and let it rip! There they were singing for Green peace; putting their hope and trust. Coming home soon to your sweethearts and families; the feeling of death surpassing everything. As I am trusting and putting my faith in God, I too hope for peace; and air I can breathe to stand and look at mountain tops and take deep breathes of life. May God Bless and keep you all. The People Who Don’t Have Orchids. The fear and decay is rocking and rolling all about us; sometimes it looks like a candle that’s been burning with all the wax rolling down the sides or sounds like Jimmy’s “Star Spangled Banner” being played at Woodstock at dusk with all the heat and intensity of alienation, or announcing Janice’s death at 6:00 o’clock in the morning with the sun shining and everybody looks at each other’s eyes – remember her words: there’s some kind of an answer. But everywhere I look there’s none around. I need a man to love. Or coughing as you pass a certain section of a city called destination. It’s almost as bad as having somebody destroy your very most favorite pair of jeans with all that beautiful embroidery that your most special best friend did for you after that beautiful summer when you really got to know one another, when you cried and cried and then laughed for joy when you knew that you understood each other. I feel really a lot of compassion for those kinds of people who have really forgotten about God, who have turned him off like the 6:00 Walter Cronkite news edition of the July 16, 1971 news about the Viet Nam war where you might be able to see your son get shot in color. What about the generation that dropped out, turned on, tuned in people who have been refused admittance because they had some really good ideas that would have worked. Only you could not make people be more like themselves and the layers of alienation are still there. I haven’t got any answers that anybody else has got except pray with my whole heart that the sugar coated candy love and compassion that institutionalized Christianity has formed all on their own. We=ill be dealt with. Why do people have to do that same trip over and over, always thinking of Better institutions? Were doe the blame lie? Well, there should be real love and real compassion and real Christianity. Empty faces with thoughts of never-never land run on like Alice in Wonderland from place to place with White Rabbit screaming in our ears “I am late, I am late, for a very important date,” only we don’t have anywhere to go except back to the institutions. Let’s bring Jesus back in our lives and hearts where he belongs not in an institution! It has become apparent to me that Sesame Street or the latest Looney Tune is more important to people that world economy. What can we do about things like that anyway, except pray for the people in the work that is. How could you feel if you were another Michelangelo or somehow could make material come alive with a sewing machine and nobody cared about you or even cared about your talents because you have long hair and wear jeans. My strongest feeling is compassion not for the established liars of the world because all they’ve done is make liars out of some kids with talents and no hang-ups or money. We can blame Satan but what about the hardened hearts against the truth? I guess you call that the business world. What about when you push the button that makes the corner street light turn to walk and you start to walk across the street and two steps later it turns to don’t walk, Could that tell us anything about our government. Maybe the fact that if a car hits you when the light turns to don’t walk you’re in the wrong for being in the crosswalk. Sometimes people think they’ve got to be kidding only the jokes on us; they are for real, really real. So why shouldn’t he hate his neighbor, what’s he ever done for him. So instead of getting caught up in an institution why not get caught up in your neighbor’s life

The perspective of the non Christian in a subculture society during 1971 experimenting with alternative life styles, music, and hallucinating drugs were prevalent, it was Libby’s desire to write from their emotional perspective and capture this time in history whereby the cold war with Russia created a dooms day cataclysmic effect on the minds of a subculture generation who grew up to turn on and drop out a generation waiting for the next shoe to fall as Nikita Khrushchev had pounded the podium with his shoe at the UN in 1958 and then the Bay of Pigs where they awaited John F. Kennedy’s decision as to whether we would go to nuclear war in 1961 with Cuba whose allies were with Russia. At that time this subculture generation lived by their own rules some grew to adulthood without changing, some did change. There was no nuclear bomb to this day and time which fell on humankind but a great deal of testing of nuclear bombs in the waters of the earth was done.

In 1971 at Regent College in Vancouver British Columbia Canada, in Dr. Os Guinness’s class Culture and Subculture, it was in this class that Libby wrote the paper “The People Who Don’t have Orchids” which inspired “Boysna the Austrian Dancing Bear.” Libby & her husband Eric presently live in Canada.