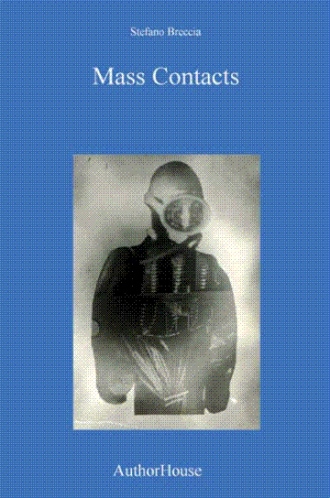 I met Bruno Sammaciccia in      1963, when, together with the journalist Bruno, I travelled towards to meet him at home. It was winter, and I remember that our train, in Sulmona, was travelling slowly between two walls of icy snow.

We arrived in at night, and Bruno Sammaciccia welcomed us with a sincere warmth. From that moment, without being aware of it, I entered the “W56 saga”, although as a peripheral guest.

At a first sight, Bruno Sammaciccia looked like anyone else. But, getting in touch with him, even if only occasionally, one couldn’t but realize how much this man acted as an important and necessary catalyst in situations where such different realities were mixing together – our Earth entity, and the alien one, that of the W56’s and that of their opponents, the CTR’s.

This chapter, which I have read and pondered, and which in some way involves us in an uncommon experience, is almost a manual about the synergy between earthlings and alien entities, beings who together discover the value of a peaceful way of living together, and who cope with activities that require a reciprocal faithfulness in “thoughts, works and endeavour” (Author: it’s an old Italian maxim), activities meant to create here, on our planet, a more active social environment, based upon what was called “Amicizia” (Author: Italian for “Friendship”). It lasted several years, from the first contacts in 1956.

Bruno Sammaciccia, having being enabled to communicate with the W56’s, shows us in an effective way some of the components of the alien group, or, better put, of the groups which in those times were operating in our country. Many bases, under the Appennines (Author: the central Italian mountain chain), or under the lakes in (Author: a region in ), are described with simplicity, as if their existence were logically acceptable.

Some of Bruno’s best friends had the privilege of entering these bases, and becoming aware of the reality of alien operating centres in , and of meeting persons whom the tale depicts with vividness. He describes their interaction with the every-day lifestyle of earthlings, whose habits at times they liked to practice – eating, drinking, even smoking! He comments on the range of their physical heights, going from one meter to three and a half and their interest to the history and present of a humanity they were observing with interest and respect, although they did not fully agree with its actions and intemperance.

This book, based on memories of experiences covering a period of many years, is charming above all concerning the contact, first, and then the coexistence of humans and aliens, working toward a single goal. Dimpietro, Sigir, Sajù, Itaho are names that I have often heard. Others, whose names appear in the book, are Giancarlo, Gaspare, Giulio, and so on. I have met some of them in person. The tale goes on at varying speeds throughout events which may appear incredible, but repeated reading of what Sammaciccia describes with simplicity and in great detail, makes one feel as though it is a re-enactment of the events, with the Author’s closest friends, just like a modern Anabasis, written by a modern-day Xenophon. At the end of the book, the reader faces a reality in which two different groups, are violently confronting each other, and fighting for control of Earth with actions and reactions reminiscent of “Star Wars”. On one side, a confederation of free planets, on the other side a technological dictatorship aiming to dominate our planet, beginning with the control of the minds and the wills of its inhabitants. One wonders whether Lucas was perhaps thinking of similar events while making his movies.

Bruno Sammaciccia is no longer with us. His mind was lucid up to his last day. Giancarlo, his closest friend, had died before him. In November, 1978, the CTR’s were able to enter and destroy most of the W56’s bases, including the largest one, which stretched from Ortona to Rimini (Author: two towns on the coast of the Adriatic sea, some 235 km apart from each other), and from the center of the Adriatic to the centre of Italy. I leave to the reader to imagine the catastrophe that hit the W56’s; no cruel description could equal what they themselves had forecast: “You’ll see waters rising. They will be boiling over the place where we have built our big base.” It is sufficient to read newspapers accounts of the time about sea waves going berserk in the central

Mass Contacts is an astounding story that says that Contact has begun from one who knows. A detailed report of contacts with human type aliens on the Adriatic coast, which answers many of our questions, this book is a milestone for ufologists wh study Contact. They were here and many look like us! It’s time for disclosure.

Sense of UFO Phenomena; Exopolitics: How Does One Speak to a Ball of

This book is a true milestone in the spreading of the reality of contacts between our humanity and extraterrestrials, both in the past and now; it gives rise to vital importants, hints in order to understand the epoch-making events that are waiting for us, and inteat with them in the best way.

Stefani Breccia and I are friends, and have been responsible keepers of truths that not always were sharable with other people. Both of us have dedicated a significant part of our lives to UFO’s, myself trying to spread this reality in the best way. Stefano trying to understand its roots, both being aware of how important the phenomenon is.

And so I have acted as a midwife to the important result of Stefano’s work, being convinced that reading this book is at the same time necessary and useful.

This book, based upon memories of experiences covering a period of many years, is charming above all for it concerns the contact, first, and then the coexistence of humans and aliens, working toward a single goal.

Stefano Breccia, engineer, is an expert in computer graphics, artificial intelligence, and Computer Sciences, and has given courses on these topics in Italian and foreign universities.

Has been in charge of a post-graduate technical school for Telecommunications, co-operating with the topmost universities all around the world.

Has worked as a consultant of the European Community.