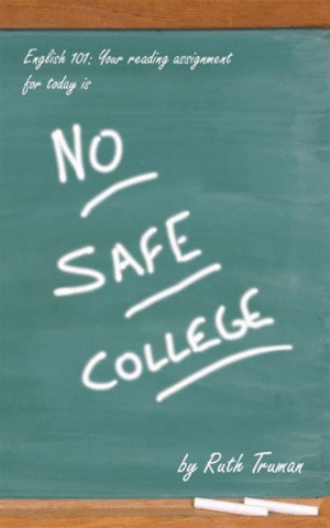 Jennie's flashing blue eyes signaled a challenge to Joan that she could not turn from.  Her daughter would go to Callegua no matter what she said.  Twenty-five years had passed since her own graduation and this was a strong, self-assured teenager standing before her.  But strong enough?  Perhaps things were better now -- safer.
"Mother, did you hear me?  I said I want to go to Callegua.  You went there and you turned out pretty well."
That was good to know, thought Joan.  She was never really sure, even though she was in charge of all she saw out her kitchen windows:  the farmlands spread in every direction.  She could see her crew already at work, knew that they respected her decisions, her ability to make dirt turn into cash.  In the five years since Jim had died, she had assumed control of their commercial farm operation.  The equipment had been upgraded, knowledgeable people hired, and she had taken risks Jim would never take.  It had all paid off.  Yes, she had turned out pretty well.  In spite of Callegua?  Or because of what she had learned there?
"Jennie, you know I won't stop you if your heart is set on going to Callegua.  But there are many things I never told you about my time there, especially about my first year.  It may not be all you think it's going to be."  Joan stirred a cup of chocolate for Jennie, then filled her own cup with coffee.  Placing the two cups on the kitchen table she motioned to her daughter.  "Sit with me, Jennie.  Hear my story.  Then decide.  And remember, it was the 70's...." 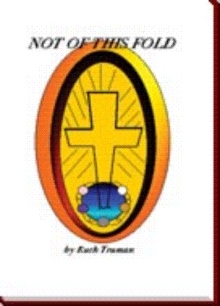 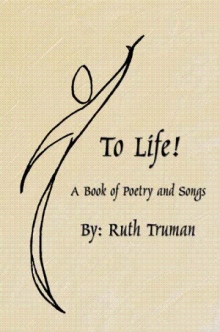 The story focuses on Joan, a girl who is naïve, father dominated, and the first of her family to go to college.  Her parents send her to an isolated religious school, thinking she will be safe from what is happening at other colleges.  From the time she meets her roommates, her freshman world becomes one of uncertainty as she allows peer pressure to lead her into poor choices that keep her from the positive experiences available to her on campus.
Joan, now in midlife, tells the story to her daughter in the hope that even though her daughter will have to face all she did and much more, she will make better choices in college and truly be safe.
Drawn from the author's college counseling and administrative experiences, this novel is a "must read" for parents and pre college students alike, who can then discuss the importance of choices made in that crucial freshman year.

Ruth Truman, teacher, college counselor, and university administrator, holds the B.S. in Education,  M.S. in Counseling, and Ph.D. in Higher Education.  With her husband Lee she spent forty very active years as a pastor's wife, and managed to have a career in higher education while raising four children.  She has led spiritual life retreats across the nation, been a guest on television and radio programs, remains active in her local church, and has served on boards and agencies of the California-Pacific Conference of the United Methodist Church.  She is the author of seven published books, six of which can be accessed through her website, www.ruthtruman.com or authorhouse.com.