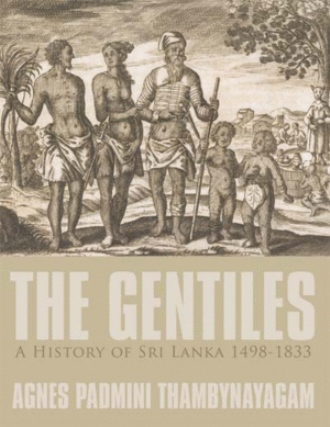 There are many markers to suggest that the impact of Portuguese and Dutch rule on the society of remains very deep. However, systematic studies of the impact are rare. The purpose of this book is to show the effect of this rule in a number of related fields: the development of social institutions, the transformation of religious practices, the establishment of an educational system and the evolution of language.

The plural society we see in today came about due to the occupation and settlement of the Portuguese, the Dutch, the British and other Europeans. Between 1505 and 1832, the population of the island evolved through the intermixing of people from European countries who had entered and settled there. The consequence of such an evolution over a period of three hundred years has resulted not only in much variation in appearance and skin colour, but also in the language, religion and culture of those now living in Sri Lanka.

This book goes against all norms of traditional teachings and beliefs. History that took centuries in the making was crystallized in a few lesser-known and obscure journals and archives. Many of these archives have been ignored by previous studies. The author, a native of , has assimilated a comprehensive bibliography of the literature and presents her findings to the reader. Her analysis and narrative give an insightful look at the era of Portuguese, Dutch and early British rule in . The book, while controversial - perhaps even provocative at times - gives stimulus for future research in this area.

Agnes Thambynayagam has conducted extensive research into Sri Lankan history between 1498 and 1832. A significant portion of her research was conducted during her tenure at St. Antony’s College, , in 2003-2007.

Agnes was born in her mother’s home in Vavuniya, northern in 1949. Her early childhood days were spent in her father’s village Mirusuvil, .  She spent most of her childhood life learning about people in Chetty-Kullam, Chavakacheri, Vidataltivu and Kilinochchi where her father was stationed as the head-master of Roman Catholic Schools. She attended junior and high school at Holy Family Convent, a private Catholic Girls’ School in . After leaving school, she taught mathematics, science and piano at Little Flower Convent in Karampon, Kayts and at St Antony’s in Pasaiyoor, .

Agnes moved to in 1976 and worked for the British civil service in and the Inland Revenue in . She moved to the with her family in 1984. Agnes taught as a substitute teacher at Four Winds Special Education School in and in .

Agnes holds a Bachelor of Arts degree from the University of Houston, Texas and a Masters degree in Education from the University of Bridgeport, Connecticut. She studied the culture of at the of , Buddhism and Hinduism at the of and Anthropology at in . Agnes is an amateur photographer and has also played table tennis and badminton competitively in , and .

Agnes has travelled throughout , Europe, and the . Her wide knowledge and her understanding of her people both at home and abroad have given her an insightful perspective which illuminates her book, ‘The Gentiles, A History of Sri Lanka 1498-1833’.